My name is Sophie and I have scars on my forehead and through my eyebrow.

Six years ago, I took the plunge to travel the world on my own. In June of 2015, I arrived in Australia and by August I was in hospital. I had been in a car accident in which I was the only one injured. I had been asleep, and the driver lost control of the car. My side hit a pole and I hit my head off the window which then smashed and cut up my face.

Being on the other side of the world with no family, and friends whom I had only known a matter of weeks, was rough – especially with such an obvious injury that couldn’t be hidden. I was regularly stared at and received all sorts of comments: “What happened to your head?’’, ‘‘Were you drunk and fell off a table?”, “Did you cut your eyebrow when shaving?”. 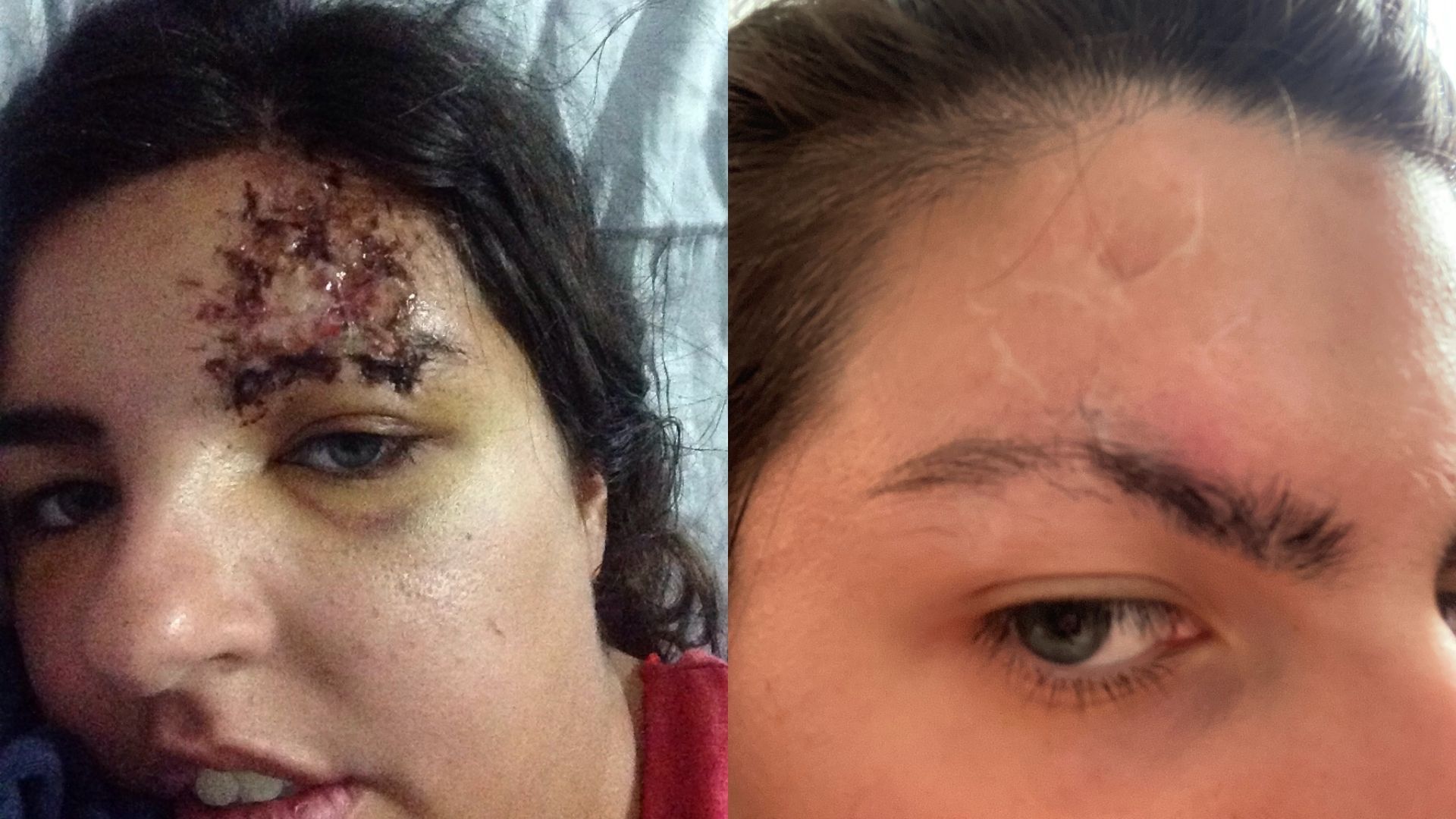 Sophie sustained facial scars in a car accident in Australia in 2015.

It made me incredibly self-conscious and angry that strangers thought it was OK to ask such invasive and personal questions. I would often bring it up first to strangers, to beat them to it and gain control of the situation as it was like the elephant in the room.

Since then, I have been on a long journey of self-acceptance, learning to love myself and developing ways to deal with the comments that I will probably get for the rest of my life.

My friends and family were a massive help to me. I have also come to the realisation that members of the public can sometimes just be rude and have no tact. There are people out there who will make comments, and it really says a lot more about them than it does about me. I also wrote a blog to help people understand that not all comments are helpful and to let friends know what had happened to me if they didn’t want to ask.

When people do make comments about my scar now, usually I give as brief an answer as I can, then have a rant to my friends as it irks me that people ask about something so personal. Would they like it if someone asked them about something unusual regarding their appearance?

That said, I don’t constantly wonder if people are going to comment anymore. I don’t even notice people staring, or I have just gotten used to it. I can’t quite tell, but I handle it all much better. 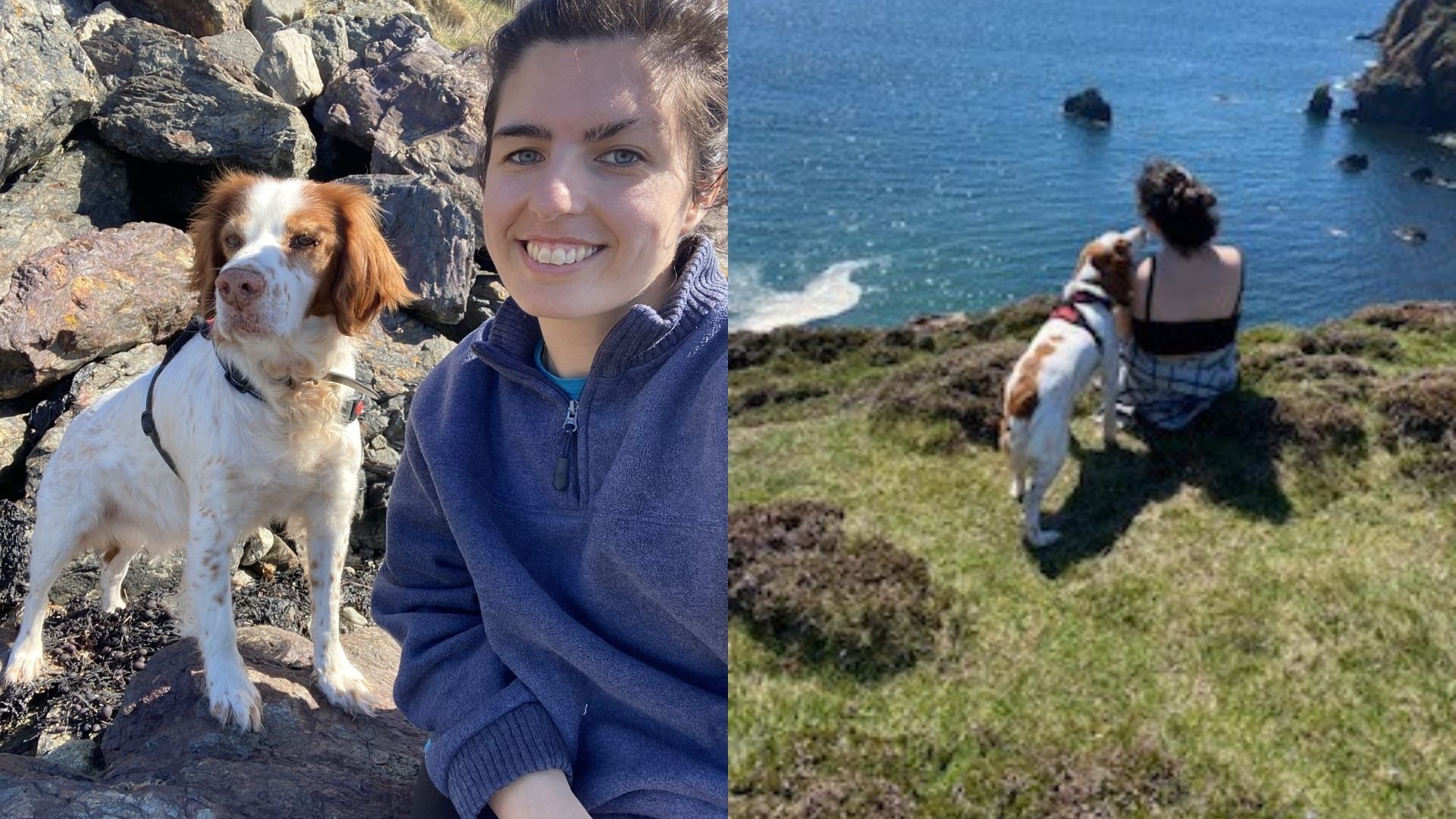 Sophie wrote a blog to help people understand what it’s like to receive appearance-related remarks and comments.

Having counselling made a huge difference. My counsellor asked me questions to explore my feelings around my visible difference, which was so helpful. They weren’t trying to cheer me up or disregard my feelings, just explore my thoughts and get to the root of what was going on. It also helped me realise that comments from people are a reflection of them, not me. I am still the same person inside.

It also made me realise that I think of my scar in two parts: my scar and my eyebrow, and that I was most upset about my eyebrow! I hadn’t thought of it like this at all and so, after my operation on my eyebrow, my friend taught me to draw in the missing part. It was like a weight had been lifted.

My biggest downer was when a woman phoned my work and asked to speak to the girl with “the scar on her face”. Little did she know it was me she said it to. It was at that that moment that I thought: “Is this how I am going to be identified?”

There is so much more to me than that: I have long wavy dark hair, blue eyes, olive skin tone. I like to wear bright clothes. I love going for walks, I am bright, bubbly, I have a cute dog, I love going for solo holidays, I enjoy writing, I’m funny, I’ve been to university, I have travelled the world, I live by myself and am an independent woman! All these attributes are what make me, me.

I have accepted that my scar is now part of me and my face as I did not want to continue life being down about something I can’t change. These days I hardly think about or notice it but at the same time it is a massive part of me and, as cheesy as it sounds, I wouldn’t be who I am today without my scars.

The advice I would offer to anyone going through this is that absolutely everything you are feeling is normal. There is no timescale for “getting over it”. It took me five years to accept my visible difference, and the process wasn’t linear. And if someone upsets you then please remember, it is a reflection on them, never you.

Seria was involved in a collision which caused facial scarring. Cycling played a key role in her recovery and mental wellbeing.

By showing her scars, Marian hopes to encourage people with visible differences to embrace their skin and love themselves.