What is a scar?

A scar is a mark left on the skin after an injury has healed. Most fade over time but do not completely disappear.

The skin is the body’s largest organ and is constantly getting rid of old cells and making new ones, a process which enables it to repair itself when damaged. Scars are caused by this process.

23 million adults in the UK have some kind of scar. For many, scars don’t cause any problems, but some people can experience physical and emotional challenges as a result of scarring. On this page, we discuss scars and how they can affect your appearance, and how we can support you through the emotional and psychological challenges this may bring.

If you have scarring from a burn, you may wish to read this page alongside our page on burns.

There are many types of scars and on this page we look at seven common ones.

This is the most common type of scar, a raised line typically caused by a minor injury or surgery. Gradually, usually in two years or less, the scar will flatten and fade, but it is unlikely to fully disappear. You may find the scar is itchy for a few months.

Keloid scars are caused by an overgrowth of tissue which happens when too much collagen is produced at the site of a wound, causing the scar to keep growing even after the wound has healed.

Keloid scars appear raised above the skin and are pink, red, darker or the same colour as the surrounding skin. They may be itchy and painful and can restrict movement if they form on a joint.

People who have developed one keloid scar are more likely to develop further keloid scars in future and should let their doctor or surgeon know if having injections or surgery.

Like keloid scars, hypertrophic scars are the result of too much collagen. Unlike keloid scars, they don’t extend beyond the boundaries of the wound. They develop over a period of about six months, before improving.

Hypertrophic scars tend to be more common in younger people and people with darker skin.

These scars are often left by spots from conditions such as chicken pox and acne. They can also be caused by injuries which lead to the loss of fat underneath the skin. They are sometimes known as atrophic or “ice-pick” scars.

Scar contractures cause the skin to shrink. The skin usually becomes tight and in some cases movement may be restricted. They are often caused by burns.

Similarly to scar contractures, stretched scars occur when the skin is stretched during the healing process. For example, broken skin on a joint may be stretched with the movement of the joint as the wound heals.

Stretch marks have a similar cause to scar contractures and stretched scars, occurring when the skin is stretched rapidly, such as during pregnancy or a growth spurt. They may appear red at first and become paler over time.

The skin is made up of three layers:

A scar occurs during the healing process following damage to the epidermis or dermis. The body creates collagen fibres in the damaged area – these are proteins which form the scaffolding which new skin is built around. When these fibres are laid down, a scar develops.

The epidermis repairs itself easily, but if the dermis is affected, rebuilding is a more complex process, leading to a more noticeable scar.

Things which frequently lead to scarring are:

How are scars treated?

It is not possible to fully remove a scar. Most fade over time, however, scars rarely disappear fully.

Some things can reduce a scar’s appearance, making it less visible:

Surgery is another option for more serious scars, such as scars caused by certain burns. Surgery may involve:

Scars and my appearance

Scars can have a significant impact on the appearance, either in the short or long term. Some people find a change in appearance emotionally challenging. According to research by the Scar Free Foundation, 23% of people with a scar said they have experienced short-term emotional or physical problems.

There are a number of factors which can influence how you feel about your scar. This might be the location, how we are viewed by society because of our age, sex or other features, and how the scar occurred. Society often uses scars as a shorthand for villainy, and at Changing Faces we are fighting that stereotype through our I Am Not Your Villain campaign.

If your scarring is significant, and particularly if it was caused by burns, you may be referred to a clinical psychologist. They will help you with post-traumatic stress disorder (PTSD), anxiety surrounding treatment, sleeping problems, pain management, self-confidence and adjustment to change of appearance.

What support can we offer?

If you are struggling with the emotional or psychological impact of scarring, support services are available.

Here at Changing Faces, we may be able to help through our counselling and wellbeing support service. Over a series of sessions, our trained wellbeing practitioners provide social, emotional and psychological support, and many people find it useful to be able to talk through their thoughts, feelings and experiences. We also have a wide range of self-help materials including guides which cover loss of identity, self-esteem and confidence-building exercises.

You do not need to change your appearance to fit in with society’s expectations. However, some people decide that reducing the appearance of their scars is the right option for them. If this is the decision you have reached, you may find our Skin Camouflage Service useful. Skin camouflage is the use of specialist, highly pigmented creams and powders that can be used to reduce the appearance of a mark, scar or skin condition. Our service is recommended by the NHS and you can read more in this dedicated section of our website.

Skin camouflage can reduce some of the effects of scarring by matching to the surrounding skin but it does not change the texture of the skin or alter raised/indented skin. We cannot apply skin camouflage to skin that is infected, inflamed, or broken.

As well as our Skin Camouflage Service, counselling and wellbeing support and self-help guides, there are a number of ways we can support people with scars here at Changing Faces:

If you wish to access our services, please contact our Support and Information Line. As well as connecting you with our services and providing information, our team can offer support calls which provide a space for you to talk about the impact of scars on your life.

The Katie Piper Foundation provides support for people with scars. Help is available throughout recovery at their Rehabilitation Centres or at home via the Remote Rehabilitation Service. Other support the Foundation offers includes hair transplant surgery and hair replacement systems. 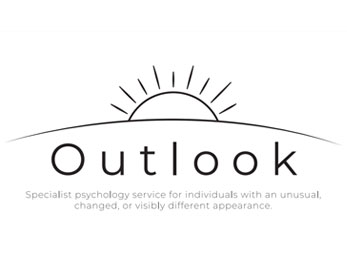 Please have a look at the NHS conditions page for official guidance on scars, including the emotional impact they can cause, and information about treatments available on the NHS. You can also read the latest information about the impact of coronavirus (COVID-19) on NHS services.