Beth was born prematurely at 32 weeks. She was tiny, at just two pounds and twelve ounces, so she was looked after in the special care baby unit.

We noticed a flat red mark on the right side of her face. Initially, doctors thought this may be due to her fragility and the birth process. As time went on, however, the red mark didn’t fade, and we were told that it may be a port wine stain. But it became redder and started to protrude from her face, which is when the diagnosis was confirmed as a strawberry birthmark or hemangioma. 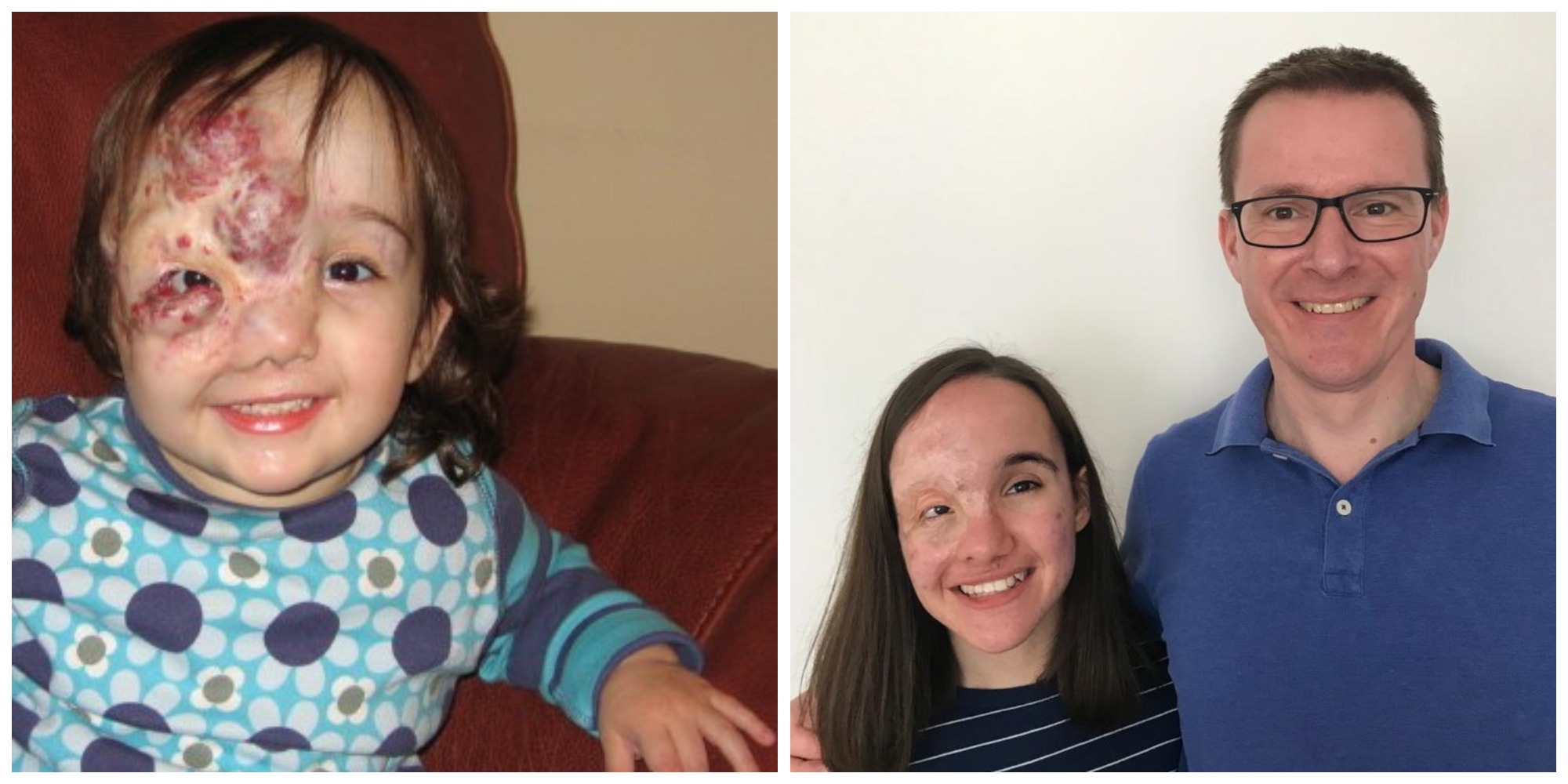 Robin says his daughter Beth is a calm, thoughtful, considerate and happy person.

This is also when the panic set in. What is it? How did she get it? How can you treat it? How will it affect her? Fortunately, my pessimism could not have been further from the truth.

I’m not saying Beth has had it easy. Her birthmark was substantial. It affected her ability to breathe and eat. On top of that, she had several major surgeries to remove and reduce her birthmark as well as subsequent laser treatment to reduce the red marks further.

Despite this, what is utterly remarkable about Beth is that she has just got on with it. Of course, people look at her and children can be inquisitive, but I can’t recall a time when anyone has been horrible. I’m amazed, as I was convinced that this was going to be a constant in her life.

Beth has not been defined by her birthmark and I could not be prouder of her. To date, her life experiences have been great. From nursery to comprehensive, she’s enjoyed school, had friends throughout, and certainly hasn’t been afraid of putting herself out there.

She’s had an interest in performance from a very young age.  She started attending drama classes when she was three and has done so ever since.  She also sings and was a member of the Only Kids Aloud choir, touring to South Africa and getting to perform with Bryn Terfyl. She also plays piano, guitar and the ukulele.

The part in CBBC’s Malory Towers came about not long after she signed up with a performance agency. She was invited to read for the part of Jean.  We didn’t hear anything for a while, then, out of the blue, she was told she got the part. We were shocked and amazed.

Beth had an amazing time filming Malory Towers – eight weeks in Toronto, then another four in Cornwall and Devon. The cast are lovely, and she now counts all of them as friends. For her to be a part of something like this and get a chance to see how a programme is made has been such an incredibly rewarding experience. 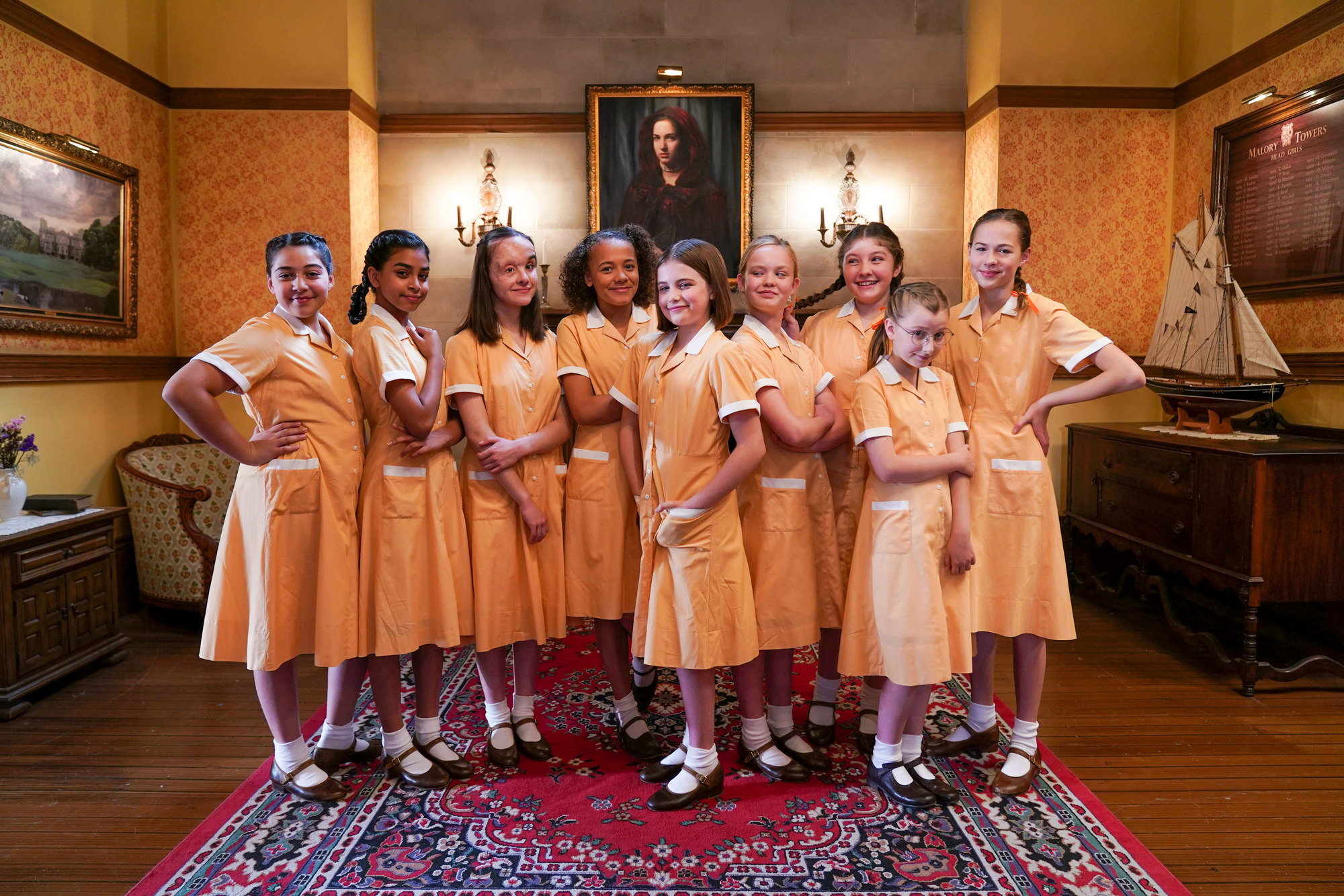 Seeing Beth on TV for the first time was utterly amazing and just a bit surreal. The program is excellent, and I’m not surprised it’s been so well received by viewers and reviewers. The reaction to it has been fantastic.

This has been a phenomenal experience for Beth. I think it is very important for people with a scar, mark or condition that makes them look different to appear on television. The more role models there are, the more opportunities there will be for others to be inspired by them. Hopefully, seeing Beth on TV will help other young people with visible differences.

In terms of Beth’s future, she has had many great experiences and opportunities throughout her childhood, which have helped to make her the intelligent, calm, level-headed, thoughtful, considerate, kind, caring and happy person she is today.  So, whatever it entails, long may those experiences continue.

Kiri has alopecia, and when her daughter Paiva also started losing her hair, it pushed her to accept their visible differences.