For eight years I have been on the journey of losing my hair due to alopecia. I lost my first patch of hair when I was around 16 and then I started to lose more small patches of hair over the following year. It got to the point where I didn’t want to go to college or work, and everyday life became really difficult to take part in.

I shaved off what was left of my hair and effectively gave up. But in 2015, I met my partner, Adrian, and he did not care that I had alopecia. He accepted me as I was, which helped me get through days a little more easily. And in 2017, we had our beautiful baby girl, Paiva.

Soon after she turned one, however, my worst nightmare happened. My baby started losing her hair in patches too. In November 2019, she lost all of her eyebrows, eyelashes and then she slowly lost what was left of her head hair.

I have been struggling with this for what feels like the longest time. I blamed myself for Paiva’s hair loss, and I felt utter guilt and heartache for her. It was like losing my own hair all over again times a hundred. The past year has been a total low for me, I just felt the worst. Some days I still do, but that’s okay because I’m now beginning the journey of fully accepting that bald is beautiful.

My little lady losing her hair has been the thing that has completely pushed me into accepting looking different because I never want her to feel like how I have in the past.

I have even contemplated suicide on several occasions. It isn’t easy having to get over my own issues but being a mother has given me the strength to show my beautiful princess that looking different doesn’t matter. Trying your best to be a good person is all that counts.

Paiva starts nursery in September, so having a visible difference is going to start affecting her more as she doesn’t have a care in the world at the moment.

The morning I received the letter from the nursery to confirm Paiva’s position was quite emotional. I’d been thinking a lot about what other children would say when she joined nursery, and how it might affect her negatively.

My little angel saw I wasn’t right and said, “Why are you sad? I’ll cheer you up.” She then started dancing around trying to make me laugh and the pride in me just burst at how kind and caring she is.

So we had a little chat about our hair and why it was making me sad, and then we started dancing around in front of the mirror with all my wigs – trying them on, throwing them off, then shouting “NO HAIR, DON’T CARE”. 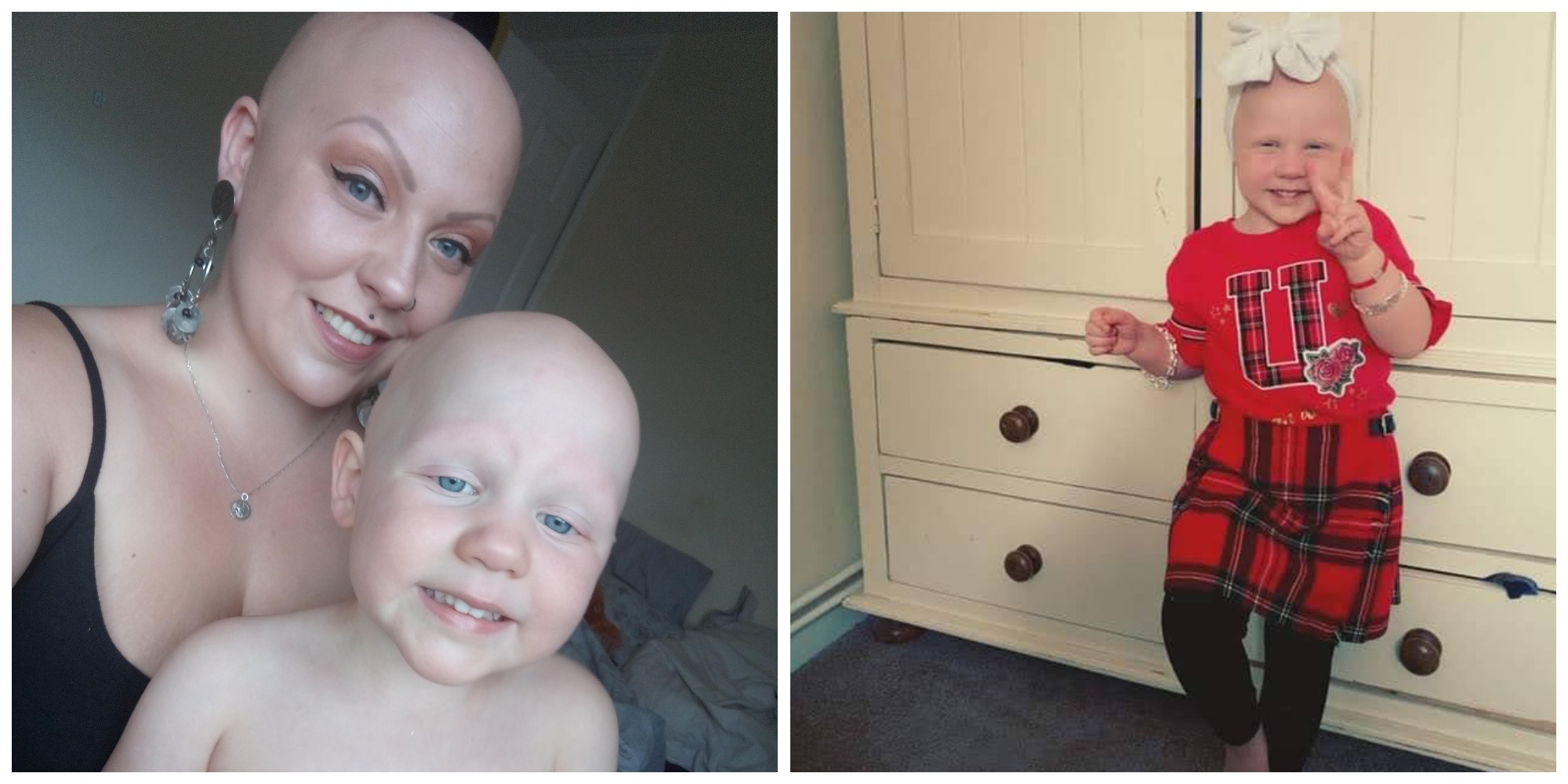 Kiri and her daughter Paiva both have alopecia.

Then just before tea we took some pictures together completely bald to share on social media. I felt quite hesitant writing the post, but I knew that if I didn’t get over my own fears then Paiva would carry my burden. She deserves so much more than that.

Posting these pictures was my way of showing Paiva that she can be anyone, do anything, and nothing and no one can stop her.

I still have my own hang ups about having a visible difference, but I’ve put myself in a position where I have to deal with it, grow and learn. I’m not going pretend posting those pictures was a miracle cure, because it wasn’t, but I am in a much more positive frame of mind.

My 10-year-plan is to go to wig school and eventually have my own salon, which will be a full experience for someone with hair loss. I would like to make and fit hair systems and wigs for people who have alopecia or are undergoing cancer treatments. I cannot wait to create this haven for my daughter and anyone else who may need it.

Brenda, 33, is a Changing Faces champion who has alopecia. Becoming a model helped her accept and embrace her visible difference.

Julie lost all her hair at 14 due to alopecia. Joining a community of people with visible differences helped Julie accept herself.