Back in the ‘90s, when I was seven years old, I became quite ill. Initially, no one seemed to know what was wrong, and I returned from visits to the doctor with what I assume were antibiotics. As time passed and I did not improve, one morning I woke with double vision.

I subsequently spent several months in hospital while they tried to work out what was going on with me. I was soon diagnosed with two brain tumours called pilocytic astrocytoma. They were removed surgically, and after a long recovery period, I returned to a somewhat normal life.

While my recovery was – by relative standards – excellent, there was some lasting damage. I lost almost all muscle control on the right side of my face, hearing in one ear and the double vision never left. For the latter I wear a frosted lens to block vision in one eye.

At the time, it didn’t seem a bad exchange. I could still see fine from one eye, still hear perfectly from one ear. My mouth no longer moved properly, and yet the possibility of drooling was my only real concern.

Once I went back to school, interacted with other kids, I learned there was more to my loss. People treated me differently, looked at me differently. It made me distant. I always felt more comfortable around adults than people my own age, I just never really related to them.

With each hospital visit I felt old before my time – concerned with the sort of experiences and anxiety that seldom touches us early in life. I could try to mimic other kids, try to fit in, but I couldn’t hide the differences between us. They were literally written on my face. So it was always easier to retreat, easier to turn inwards and do my own thing. I built a self-defeating circle of social isolation, looking back now.

I continued onto university after high school, while working part-time in a supermarket. The circle stayed the same. It wasn’t until later in my 20s that things began to change. I started working towards a PhD, sharing an office with colleagues. A couple of times I received a ‘get well’ card from the team on those occasions when I went back into hospital. 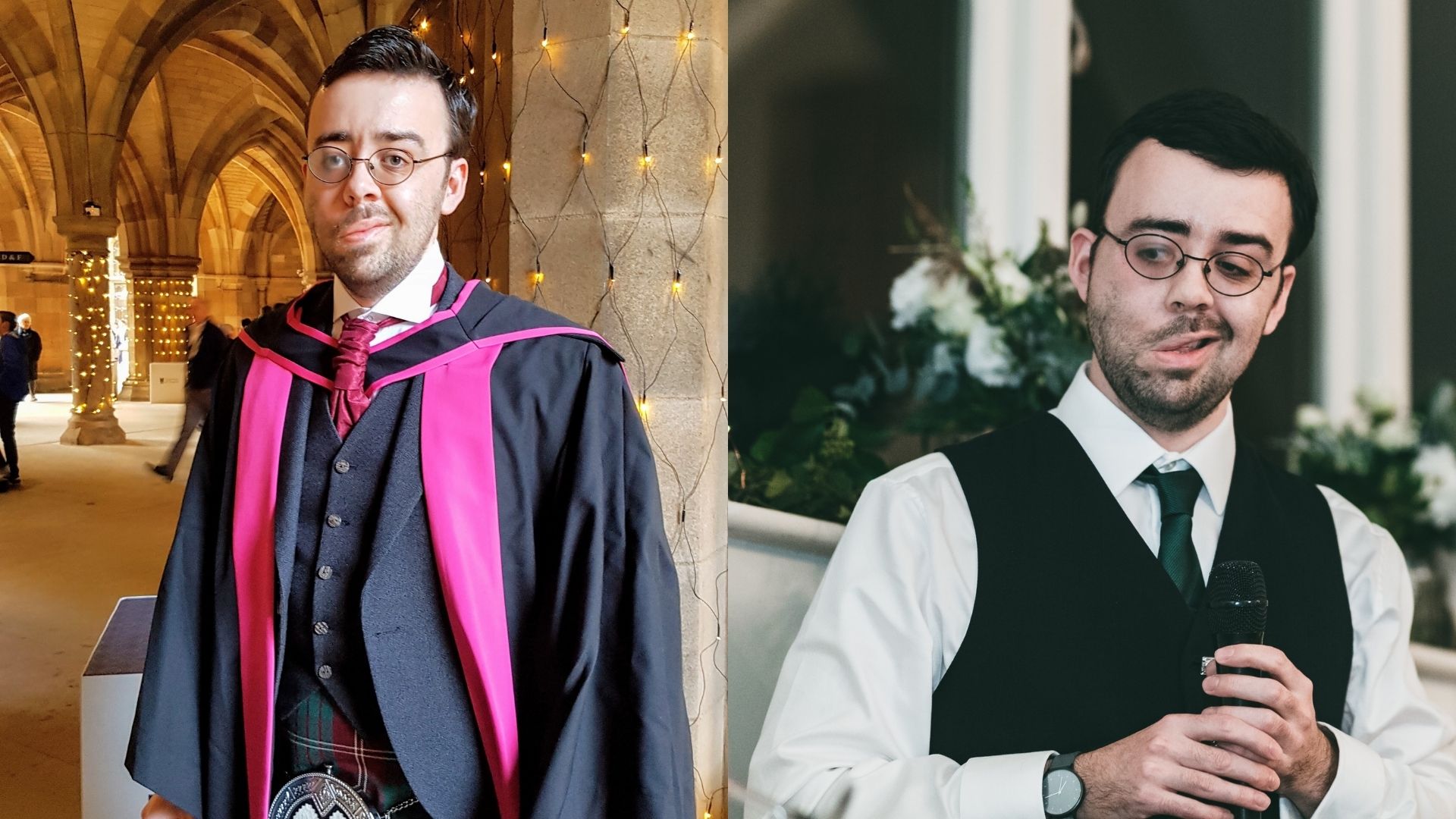 Kevin is a research associate at a UK university and recently wrote a memoir.

These small things, they make a real difference. I’ve been told a few times, by the people who see me every day, that they stop noticing my visible difference. Sometimes, just acknowledging something is enough to deflate it.

A manager once pulled me aside at work and said: “No one here cares about your face.” He was so blunt about it, then carried on as normal. It took me time to process the interaction, and to be honest I appreciated it. He must have recognised some moments when a lingering stare made me uncomfortable. He decided to say something. Most people wouldn’t.

I’m 32 now and I currently work as a research associate at a UK university, developing advanced electronics. I’m a lot more comfortable now with who I am and how I look. Probably just a factor of age, both my own and those around me.

There’s been a few blatant “what’s wrong with your face?” moments over the years. They stick with you, but I place much more value on what I, and the important people in my life, think about me. I still get stares too. But people stare at things that are different, I feel the urge to do so as well. It comes from a place of curiosity.

I recently spent two years working in the US, mostly by myself as I hardly knew anyone there. The solitude was reflective for me. I started to look back over my life, considering who I was and how I came to be that person. I wrote a book, a memoir, from these musings.

Initially it was a mostly therapeutic exercise, a way to organise thoughts into words. I wrote it in chapters and drew graphics to go with each one.

It really helped me link emotions to events and reflect on how I dealt with things. I came to consider that I am essentially two people: an intrinsic me, and one that was shaped by a colourful medical history and all that goes with it.

While I often found it hard to relate with others, I never had a problem with empathy. I obviously wasn’t alone. These things happening to me, happen to others too. Insecurities, worry, anxiety. In whatever form it may take, we all experience it. We’re all human.

I shared this memoir with my girlfriend back in Scotland, and then later with some friends and family. They encouraged me to publish it, said it was worth reading. I wasn’t convinced at first. Something so personal seemed only of value to me. I acquiesced to the idea of publishing, eventually.

My hope was that people who read it could find common ground in what is a very uncommon situation. I think it would have helped me, growing up, to read a story written by someone with a visible difference.

Everyone has burdens. Big or small, each burden is significant to the person carrying it. We hide these burdens from each other. At least one of mine is visible for anyone to see. With the right perspective, it’s not a bad thing.

Crystal talks about studying at LAMDA drama school and why it's important that actors with visible differences get the chance to play more diverse roles.

Bethan has facial palsy. Here she talks about how reconnecting with her love of music has helped her grow in confidence and self-esteem.