Hello, my name is Crystal, I’m 22 years old, and I recently completed the acting foundation course at LAMDA drama school.

I have loved to act ever since I was eight years old and watching High School Musical and Hannah Montana. Having a job where I could sing, dance and perform every day – and get paid for it – seemed like the ultimate dream. I could not see myself doing anything else.

In 2016, I was diagnosed with a rare facial bone cancer that took away half of my face. I believed I could never act again because I had rarely seen anyone on screen who looked like me, and when I did, they were always the villain or someone to pity. I wanted to be more than that.

I spent a year working backstage at my local theatre, but I soon realised that wasn’t right for me. 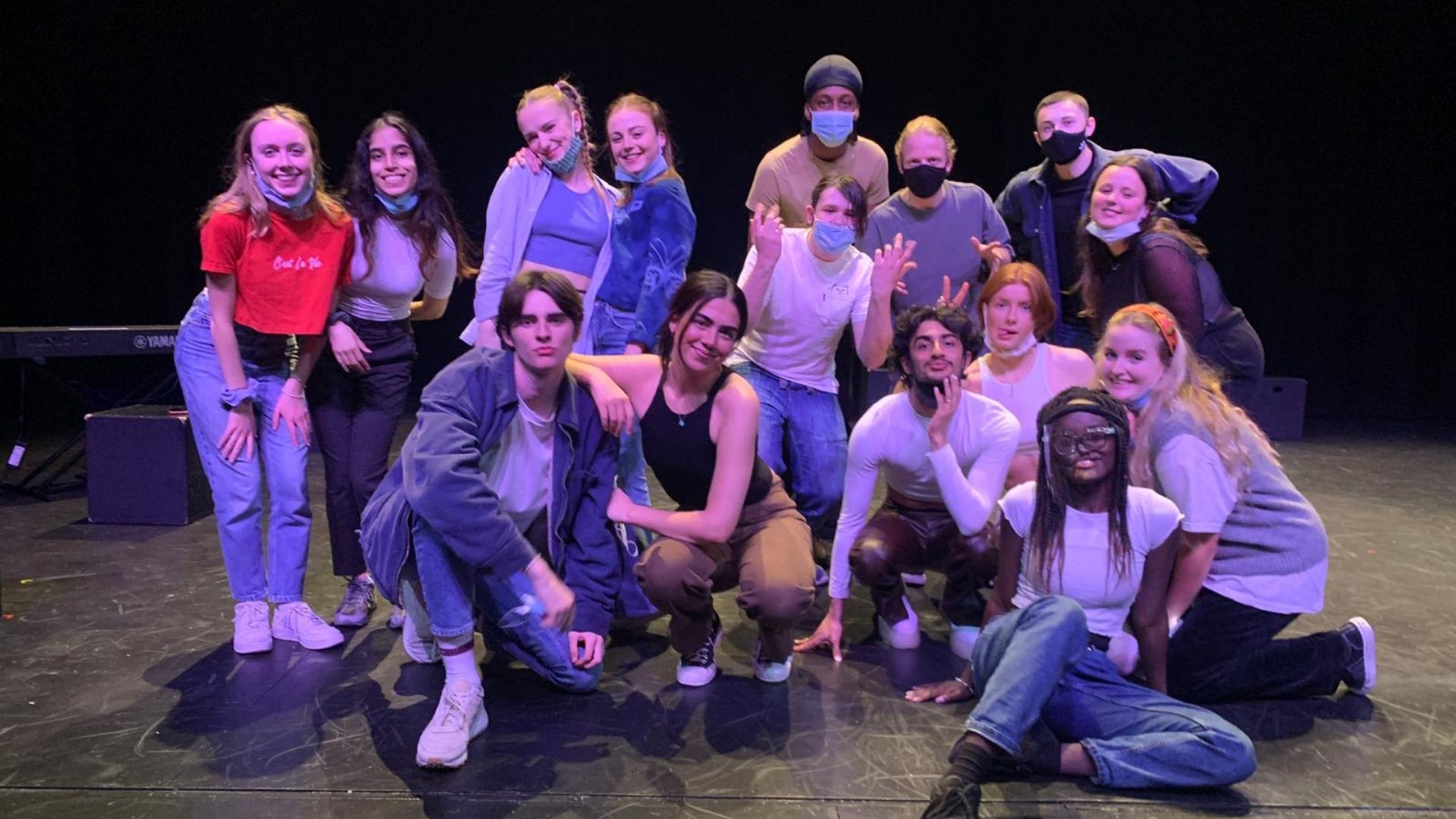 I had a long conversation with my biggest supporter, my mother, and we both agreed that if I truly loved acting and wanted to see a change in the performance industry, I should apply to the three top drama schools in the UK to show them the talent of a performer who has a visible difference. I did, and it was the best decision I made.

I started LAMDA in October 2020. It had only been a few months since I decided not to cover my facial scar with my hair, so I was anxious but very excited.

At first, I found it difficult finding my place amongst the students in my year as my life experiences had been quite different to most of my peers. Focusing on my passion for performing helped to establish those relationships, and it also helped to improve my self-confidence.

Saying daily affirmations like ‘I am talented, I intend to have a great day, I am beautiful, and I am worthy’ in the mirror each morning, made a huge difference too.

The first term was terrific. Unfortunately, it was mostly online due to Covid-19, but the teachers and staff worked hard to create the best lessons and topics.

The staff at LAMDA were fantastic in ensuring that I had the best experience possible. There was a learning agreement that every tutor and teacher in the school reads before each lesson, and it helped build a trusting relationship between the staff and me.

Certain things would have benefited my introduction to the school, like having a counsellor to talk to about my personal situation, but it was great overall.

LAMDA is all about self-expression and telling your story, so I was able to educate people about my experiences through performance.

The defining moment of my first term was performing a monologue about my facial cancer at the winter concert. I wrote the monologue whilst going through my treatment and never thought I would get the chance to perform it, let alone in front of the staff, students and even the head director herself.

It was amazing. Sharing my story really helped my peers to understand what it’s like to live with a visible difference. And I hope that it will encourage them to push for this industry to be more inclusive of people who look different now they’ve seen the challenges I’ve faced. 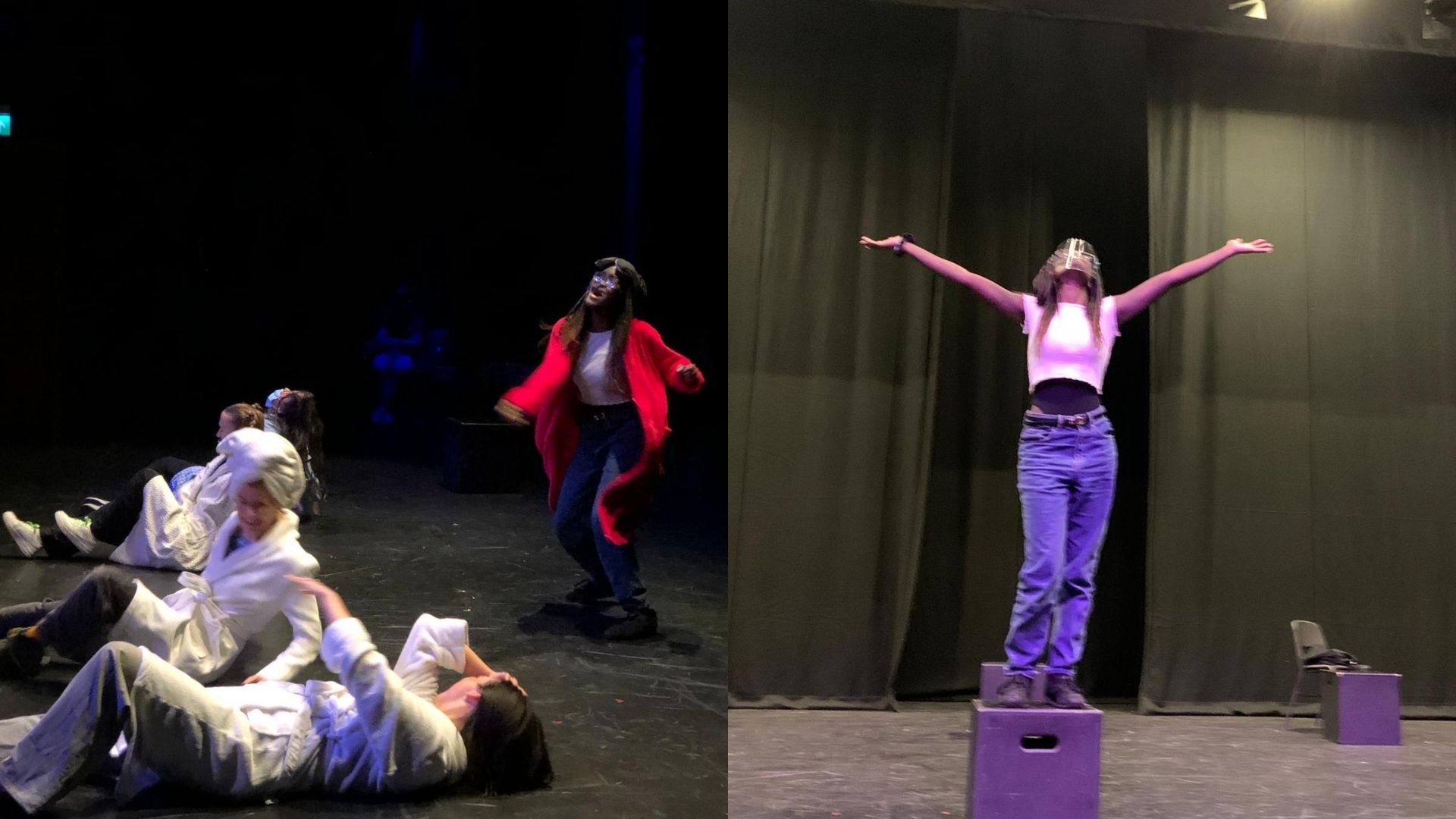 Crystal wants actors with visible differences to have the opportunity to play more diverse roles.

This has made me so proud of my journey and where it will take me as an actor.

When I started at LAMDA, I was really looking forward to playing more diverse roles that people in the visible difference community hadn’t had the chance to play yet. I wanted to play the love interest, be the hero, do action, adventure and comedy. Above all, I wanted to play characters where my skin flap is not central to the storyline, maybe it’s not even mentioned.

Luckily, I was given that opportunity to do just that during my second term at LAMDA. I played a sexy and confident countess in Shakespeare’s ‘Twelfth Night’ and the leading narrator in ‘Lost Boys’ by Luke Barnes. I have shown people that, while my scar is a huge part of my life, it doesn’t define me and what I can do.

It is so important for the general public to see performers with a visible difference playing roles where their scar, mark or condition is not mentioned because they need to see that we are much more than what we look like. We need to celebrate that diversity and have it front and centre so that we can change audiences’ perceptions.

I had a conversation with the head director of LAMDA, Sarah Frankcom, who said she would like to create an event with Facial Equality International to discuss these issues. The event was open to the whole school and was a huge success. I had amazing feedback from all the students and teachers who attended.

A big part of why I auditioned here was to educate, motivate, inspire and create change, and I think organising that event has definitely helped me achieve that.

My advice to other performers with visible differences is to never allow the media, TV, or film to stop you from believing you can make it. If you are the first and only person in the room who looks like you, that’s great! That means that you can stand out and be the change you want to see.

I’m proof that anybody can do it! We just need more people like you out there, educating and showing the world that we are much more than what make us different. Only you get to decide if it’s possible or not.