Our campaign, Stop the Stare, has launched today alongside our new research, carried out by Savanta ComRes, which found that people with visible differences have experienced an increase in hostile behaviour when they go out in public, with a rise from a third (34%) in 2019 to over two in five (43%) in 2021. 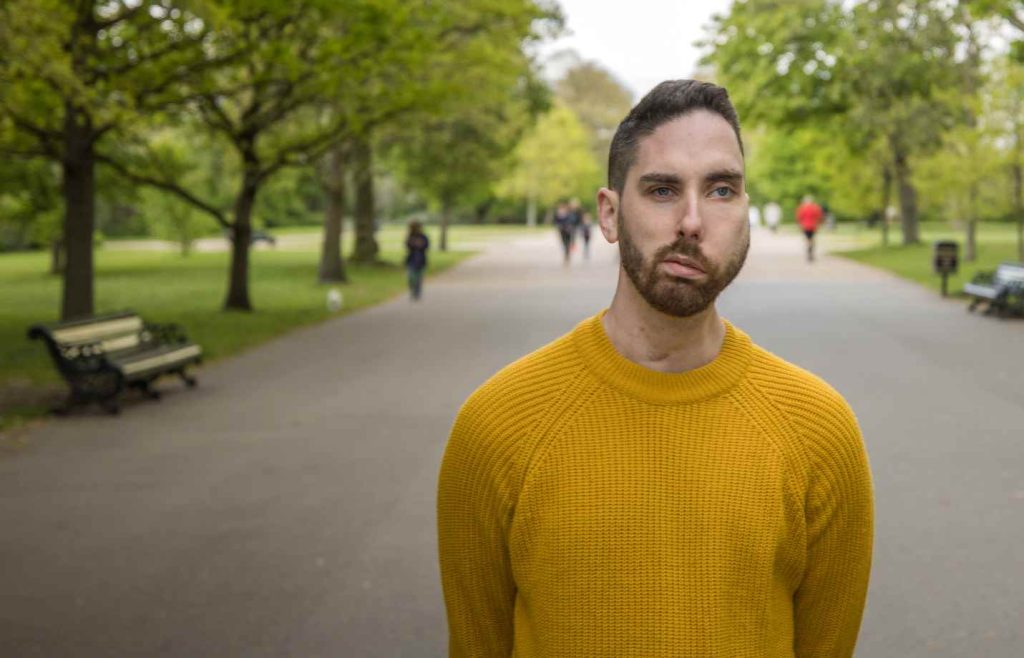 The research also revealed that this was having a negative impact on the mental health and wellbeing of people with a visible difference, with half of respondents (51%) citing that they have felt self-conscious or embarrassed as a result of their visible difference.

Heather Blake, Chief Executive, Changing Faces said: “We had hoped the shared experience of the Covid-19 pandemic might promote a more understanding society, but for those with a visible difference or disfigurement, there’s actually been a marked increase in being on the receiving end of stares, comments and abuse when they go out in public.

“With limited opportunities to socialise, people shielding, and visible differences being obscured by masks and face coverings, perhaps seeing a diverse range of faces and body types hasn’t been as commonplace in the past two years. But frankly that’s no excuse, it’s simply not acceptable that people are experiencing negative behaviours, abuse and discrimination because of how they look.”

Atholl Mills, Changing Faces campaigner, shared his thoughts on the impact that staring can have in a powerful film that has been launched across social media today. We’re sharing the film, to mark Face Equality Week 2022, alongside tips for the public on how to avoid staring in the first place, as well as advice on what to do if you do catch yourself staring at someone with a visible difference.

Campaigner, Atholl, was born with cystic hygroma and has facial palsy, following surgery as a baby.

Atholl said: “It wasn’t until I was about seven that I realised I looked different. A nasty comment from a boy in my class awakened my understanding that other people viewed me differently. He told me I was ‘weird’ and ‘ugly’. From that moment I noticed the people staring in the street. I went from being an outgoing child to a teenager who hid away, even avoiding family days out. It got worse, when I was 20, there was a particularly horrible incident when a group of men publicly humiliated me and told me that I had a face only a mother could love’. I’m not ashamed to say that I went home, and I cried. I struggled to leave my flat for months.

“For me, stares are just as bad as abusive comments. When you’re on the receiving end of a stare, it can make you feel incredibly anxious. Is this going to escalate to verbal or physical abuse because of the way I look? I’m left wondering what the person is thinking when they’re looking at me. That stare, that you might not ever think of again, could be played over and over in my mind -hours, days, even months later.

“I was taught as a child that staring is rude. There’s a difference between someone noticing you and a stare. So, I don’t think it’s ‘woke’ or being ‘a snowflake’ for people with visible differences and disfigurements to be reminding people that they really shouldn’t stare. If we all embraced and celebrated difference a bit more, I think that would help prevent negative behaviours like staring.”

As the research shows, Atholl isn’t alone in his experiences. A common theme raised by people using our wellbeing support, skin camouflage service and taking part in our campaigners programme, is the impact of the daily grind of having to deal with the reactions of others to their disfigurement or visible difference.

“We want the public to realise that their actions, intended or not, are having a serious impact on the mental health and wellbeing of others. Our campaign, Stop the Stare, is a simple request that everyone can get involved with. It costs nothing but can make a huge difference to someone’s life.”

In addition to tips for the public, we also offer advice for employers, with the research finding that just over a quarter (27%) of people with a visible difference have been stared at whilst at work, and nearly one in five (17%) of respondents reported that they have been passed over for development opportunities, promotion, wage increases or client/customer contact in the workplace because of their visible difference.

“The research shared by Changing Faces and the testimonies of people with a visible difference show very clearly that staring has a huge negative impact on wellbeing. We regularly hear accounts of the impact of being stared at when offering psychological support to people using both NHS and Changing Faces’ services.

“Staring, even unintentionally, can be humiliating and trigger a whole range of feelings. Receipt of repeated staring is not only uncomfortable (and potentially threatening) in the short term but can have a significant impact on self-esteem and in some cases can lead to avoidance, consequently staring can contribute to a lower quality of life.”

Anyone dealing with the impact of staring, or other negative reactions, to their visible difference is being encouraged to contact our Support & Information Line service who can listen and direct people to the best support for them.

Face Equality Week 2021 had the theme of education, which is key to helping people change their behaviour towards people with a visible difference.