When my mum found out that she was pregnant with my twin sister and I, she was told that the pregnancy had a few complications. At her 20-week scan, she was told that one of her babies was developing a disfigurement, and if the baby survived pregnancy, it wouldn’t survive birth.

When the day came for me and my sister to come into the world, I proved the midwives wrong and became known as the ‘miracle baby’. I was much stronger than everyone anticipated.

I was born with a condition called cranial bifida. Mum knew that things weren’t going to be easy and that I would spend years in and out of hospital, with complex treatment and surgery. But she also knew that I was strong and resilient – her little miracle.

When I was 15 months old, mum and dad founded an appeal which they named after me and they raised almost £10,000 which went towards a pram, baby clothes and a second-hand car to travel to and from appointments at the hospital in Oxford. I was featured in the local newspaper – The Dorset Echo, with my appeal and my journey.

Four years later, I went into the hospital again to have more operations. It all ran smoothly to begin with. But on the day I was due to come out of hospital, I fell poorly. My immune system was too weak. I was so ill, I nearly died. 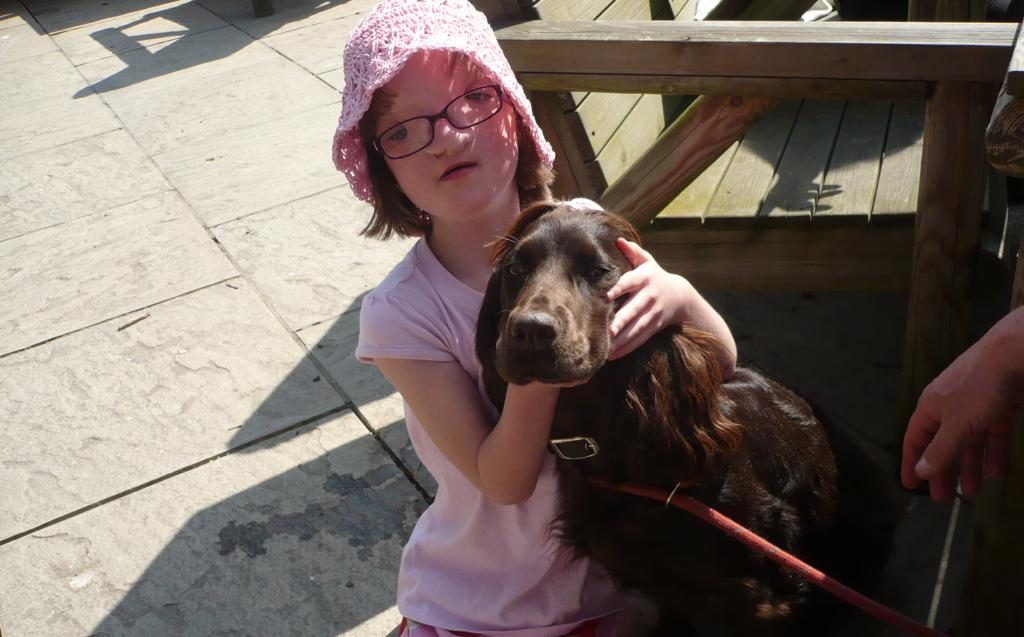 By the time I started primary school, I’d already faced and overcome so much. But the real battle was yet to come. I started getting bullied for my disfigurement. This included people mimicking me and making nasty comments. The name-calling in particular shrank my confidence and made me feel isolated.

If people weren’t mimicking me, they were asking questions that I was frightened to answer. I thought they might use my answers against me or make things worse. Because I didn’t answer them, rumours circulated, saying that I was from a different planet and that I didn’t belong here.

I was deeply upset by these experiences. I felt lonely, excluded and unwanted.

Secondary school and college weren’t much easier. There was a lot of stigmatised bullying, centered on my visible difference. I remember two people in particular who were relentless.

Some comments still stand out in my memory. The first, at secondary school, when someone asked why I didn’t get surgery to reduce my visible difference. Before I even had a chance to reply, they said “Oh wait, your parents can’t afford it.”

Then at college, where things actually felt worse. One person kept sniggering and saying that I looked like a Harry Potter character. This made me question the way our society works. I think the film industry has a lot to answer for when it comes to representation of people with a visible difference. Seeing people who look different or have a disfigurement portrayed only as villains creates damaging subliminal messaging. It means that people like me get stereotyped and compared to villainous characters.

That’s why charities like Changing Faces are so important. They provide vital support services like counselling to people with a visible difference. They also campaign to get more positive representation – particularly in the film industry and through schemes aimed at brands to be more inclusive, like Pledge to be Seen.

I’ve had some negative experiences to tackle in my life, but it’s made me much stronger as a person. To manage these negative experiences, I’ve opened up to people I trust, like my mum and dad or my carers. My carers are good at reminding me that I’m a strong and beautiful person. With breathing exercises and grounding techniques, I have managed to keep my anxieties at a manageable level to prevent them from becoming overwhelming. I’ve also found a network of friends who don’t see any disfigurement in me – they just see Sophie.

To my younger self, I’d say: “You’re a lovely, bright, caring soul with a happy life to lead. You deserve to be treated with dignity and kindness. Don’t be upset, frightened or isolated by the nastiness or insecurities of others.”

Their lack of understanding causes harm. Not just to those with disfigurements, but those with hidden disabilities as well.

I would also tell younger Sophie to keep reminding herself that she is beautiful – even on her insecure days.

This week is Face Equality Week and our theme is staring. We’re asking people to better understand the impact that staring has on those with a visible difference. Share our film to raise awareness, so we can stop staring before it happens.

Hannah's confidence has grown as she's reached her twenties. But it wasn't always like this. She shares her journey.

It's Face Equality Week and the theme is staring. Atholl, the face of our #StopTheStare video, reflects on his experiences with staring.