I’m Emma, a volunteer campaigner with Changing Faces. I was born with Char syndrome; it affects development in the womb. It has affected the shape of my facial features, most noticeably my nose. 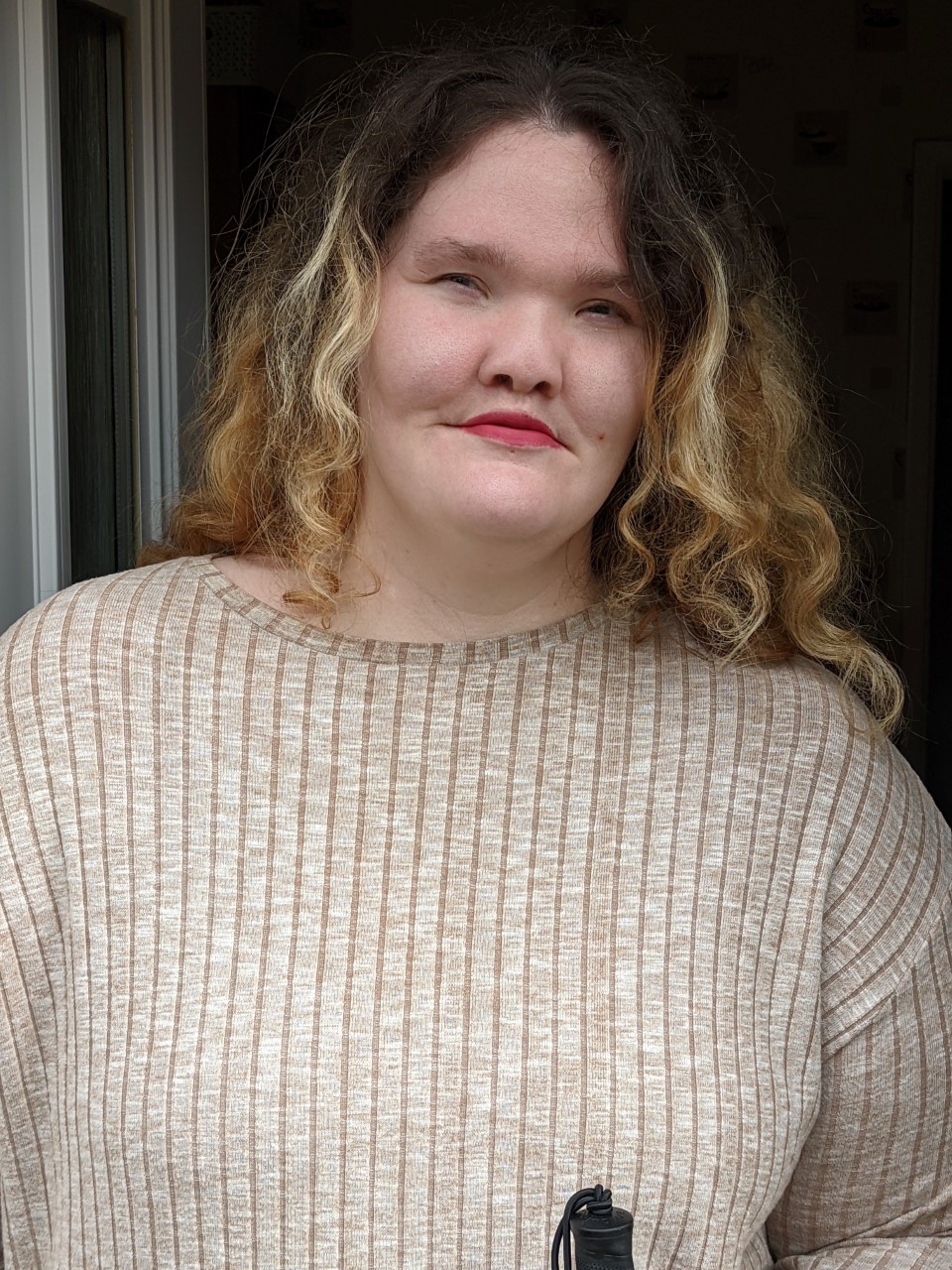 Living my life with a visible difference has sometimes been tough – not helped by a complete lack of positive role models when I was growing up. I didn’t see anyone who looked like me or had a visible difference being represented in a positive way on TV, in films or in magazines, and that added to my feelings of loneliness.

Representations of visible difference on screen and in popular culture is important to me – it feels personal. I’m one of many who might be feeling a bit nervous, even slightly dreading, the new Bond film.

Every few years when a James Bond film is released, people with facial differences share their frustration at another villain with a scar or visible difference. I think it is very important for us to keep having the conversation and challenging the film industry. What I’ve noticed though, is that when the issue is raised, some talking points or counter arguments are always used to explain away my concerns or derail the conversation. So, I decided to explain why these common responses are so frustrating, and what I really think!

These talking points have been taken from posts and comment sections concerning The Witches (2020), James Bond No Time To Die (2021) and comic book movies.

When talking about James Bond and its reliance on outdated stereotypes, people have reacted as if we are being too sensitive or say, “It’s political correctness gone mad.”

When I see this response, I don’t want to correct someone until my opinions become theirs. I’m just asking that individual to really think about the experience of someone with a visible difference – someone who gets called names on the bus, has trolls appearing on their timeline when they open social media and then you turn on a James Bond film only for the villain to look just like you.

I think being this defensive usually means someone thinks something is going to be taken away from them. James Bond isn’t going to get cancelled just because we have asked for better representation.

I think the action genre as a whole could make huge improvements just by not erasing us. Just think about the ending of every action movie, the protagonists have collected a lot of “aesthetically pleasing” cuts, bruises and scrapes. By the time the sequel hits cinemas there is no sight of the cut that needed stitches which would usually leave a scar!

“It’s really not that serious – it’s just a film!”

It really is – media has an impact on society. An example I use to explain this to people is when the film 101 Dalmatians was released, there were reports of an increase in people buying the dogs as pets, and then reports of Dalmatians being abandoned. And when you’ve had to endure taunts and name-calling likening you to an ‘evil’ character, just because of how you look, then it also becomes more than just a film.

Film and TV have always impacted the treatment of people who look like the characters on screen.

“It’s an integral part of the character’s motivation”

There are a million other ways you can show motivation. This is how some films signpost villains without simply giving them a scar or other facial difference.

Picking a visible difference to signpost a villain is like picking low-hanging fruit.

In the movie The Dark Knight (2008) we meet Harvey Dent as a lawyer hellbent on taking on Gotham City’s most corrupt.

He suddenly gets burnt in a scheme by another villain (who surprise, surprise has facial scars) and Harvey stops caring about the people around him and the good of serving others.

Someone once tried to defend such a sudden change in the character’s motives the second they got facial scars, by saying, “They lost someone they love and all they got to show for it was a scar.” That happens to real people in the real world, however, they do not immediately turn into a villain. They also said, “It reflects the double nature of Batman and his two personas.” But if Harvey Dent was a true reflection of Batman, wouldn’t Batman have a facial difference too?

“It’s acting, the role doesn’t have to go to someone with a visible difference”

In a perfect and fair world that would be true. There are so few roles being given to actors with visible differences that some drama teachers tell students it would be difficult to find work as an actor.

When your favourite celebrity sits for hours in the makeup chair to look like me, they take the majority of the few roles left to people with a visible difference.

It’s a vicious circle if there’s no people with visible differences being cast it discourages people to try and make it.

As we don’t live in a fair world the only way we break the cycle is getting more actors with visible differences playing more diverse roles.

If you’re reading this and don’t have a scar, mark or condition that affects your appearance, then please do join in the conversation. I’d just ask you to leave deciding if something is a valid problem to the people with lived experience of visible differences.

Changing Faces campaigner Mikaela explains her thoughts about the use of disfigurements, scars, marks and conditions in movies as the new Bond film premieres.