2002 was a good year to discover James Bond. It was the 40th anniversary of the film franchise, culminating in the release of Die Another Day. I made my way through every film, memorised plots and characters and vehicle names, filled my head with John Barry’s scores and imagined future homes based on Ken Adam sets. I even storyboarded my own pre-credits sequences.

That was 19 years ago. I had favourite Bonds that aren’t necessarily my favourites now, and cultural artefacts that I was less aware of then, that I have less patience for now. And something that stares me in the face when I look in a mirror, took me a lot longer to really see, in these films.

I am disfigured, and I make the choice to say that my genetic disfigurement is part of what makes me who I am. I wouldn’t be me without it. 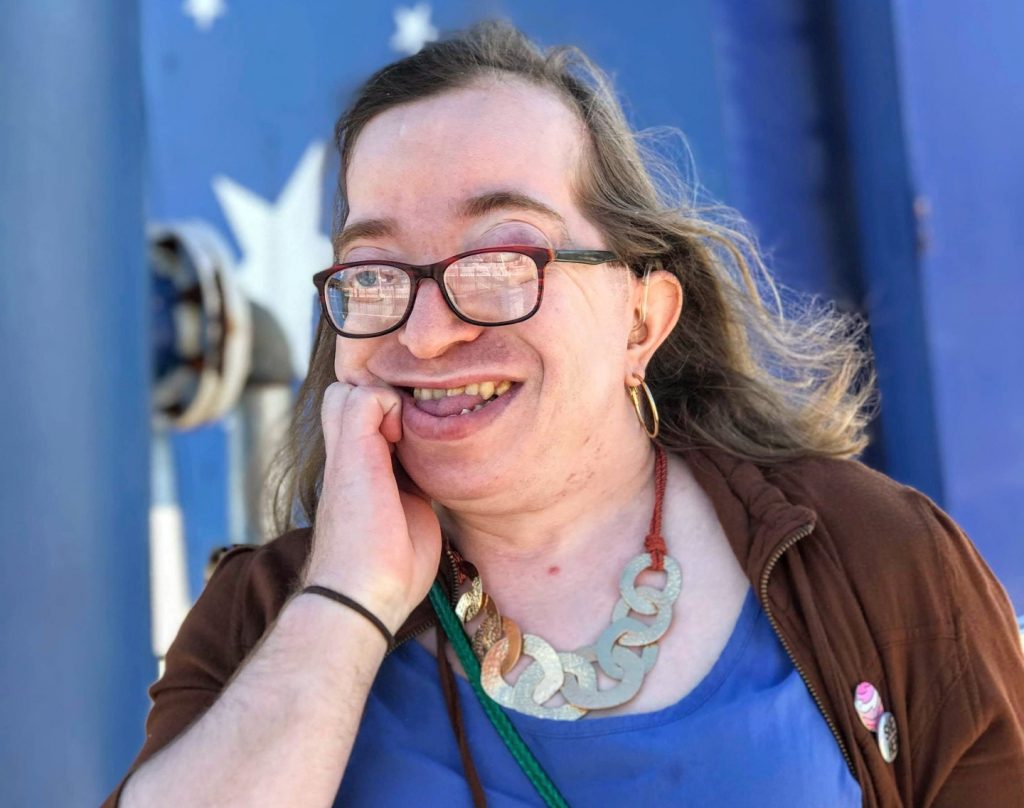 Popular culture broadly assumes that ‘appearance equals character’; if you are ‘beautiful’, you are good and if you are ‘ugly’, you are bad. Give it a few moments’ thought – now you’re thinking about it, it’s hard to unsee, right? And Bond fits snugly into this expectation.

From the moment Dr. No greets James Bond and Honey Ryder in his eponymous film, his terrifyingly strong prosthetic hands pull us into this narrative. It’s not a narrative we only see in Bond either, it certainly predates Bond and will probably – sadly – outlive the films as we know them today.

I was curious to see if the Bond films had become more subtle and varied in their portrayal of visible difference over time – we remember Blofeld’s scar and ptosis, but surely Bond films are more enlightened now? That question made me curious to audit the films with my fellow Changing Faces campaigners. And you know what? Between 1969 and 1989, there are several actors who, at the very least read as disfigured, cast… as villains and henchmen. But, that’s about as enlightened as Bond gets for us.

Bond himself is barely allowed to sport a scratch until the nineties are upon us (in opposition to Ian Fleming’s textual Bond, whose right cheek bears a ‘thin scar’). And prosthetic villainous disfigurements have come back strong in recent years, going as far as No Time to Die’s trailer giving me big Phantom of the Opera vibes.

I’m so grateful and proud of my fellow Changing Faces campaigners’ work in sorting through this stuff, and for the space we cultivate together; us, a diverse bunch of visibly different and disfigured folks from different backgrounds, with different interests and aspirations. Our open letter speaks for itself. We pretty much put to shame the truly average-looking Bond lineup, where only villains, no Bond women, not even Bond himself, get to reflect visible differences that are real and good and beautiful in our world.

And that should leave you shaken and stirred.

As No Time To Die premieres, our campaigners have written to the Bond film producers asking them to create a positive character with a visible difference.