My name is Jess and I have an autoimmune condition called alopecia universalis. This meant that I started to lose my hair at age four, and it was all gone by the time I was seven years old.

I started wearing bandanas and headscarves around this time to cover up my hair loss. Other children at primary school (and even some adults) were making comments and staring, and so it was a way of blending in; to avert unwanted attention.

Before I started secondary school, I decided to start wearing a wig. My mum and I had talked about it a lot, and we thought that it might make the transition from primary to secondary school that bit easier.

Unfortunately, this wasn’t the case. My classmates would regularly stare and openly have conversations about whether I was wearing a wig or why I didn’t have eyebrows or eyelashes. The bullying was pretty constant at school, particularly in years seven to nine.

Now that I’m older, I do wonder if by covering my hair loss, we were perpetuating the idea that being different is something you should hide.

I have never been embarrassed of my alopecia itself but when you’re a teenager and becoming acutely aware of your appearance, it’s an added pressure.

I remember being anxious about PE and even just being in the playground because I was so worried about my wig slipping off. I did tell my close friends, but I did not want anyone else to know.

I’m very fortunate in that my mum and I are incredibly close, so we talked all the time about what was going on at school. Being able to unload all that worry and stress made a huge difference. I feel lucky to come from a home where talking about what you’re feeling is encouraged.

I think my outlet from a young age has been music and drama; I’ve been singing since I could talk, and love the theatre. It was quite clear early on that a career as an actor was on the cards. 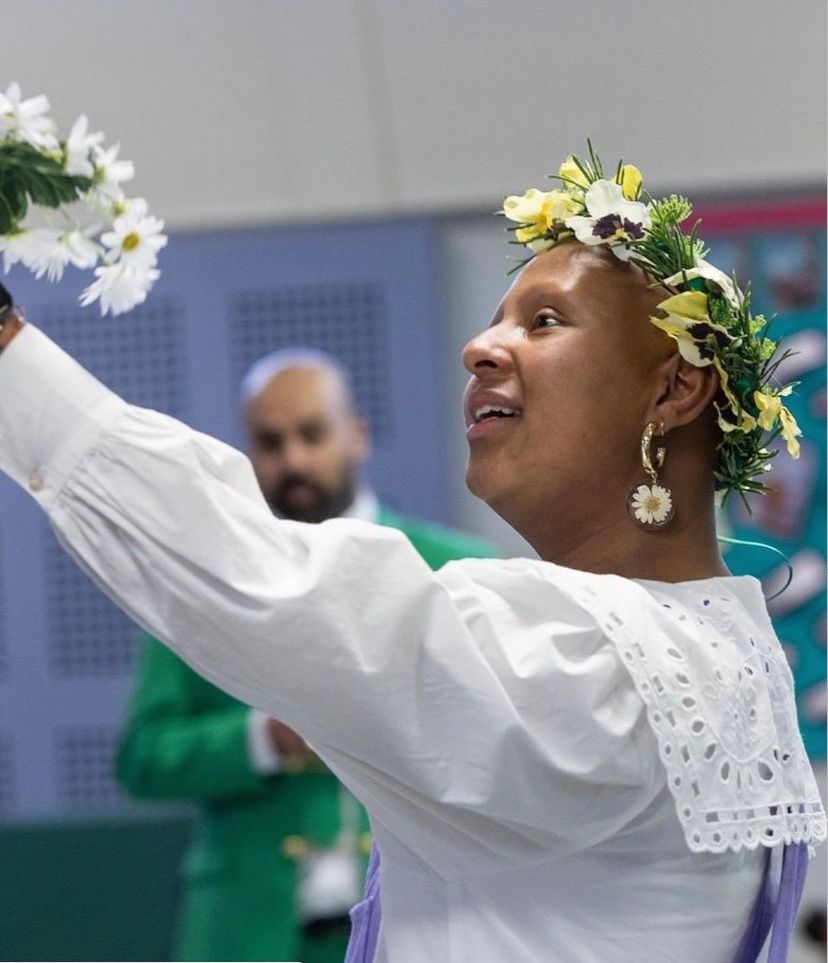 It was clear early on that an acting career was on the cards for Jess.

I was delighted to get into drama school after three years of trying, but, from day one, I was encouraged by my teachers to ‘ditch my wig’. Alopecia was, in their words, my unique selling point. I resent the idea that my medical condition is the only reason I would be cast in anything – not for what I bring to the table as a performer. They thought that I was hiding behind my wigs and not showing the real me. For me, the two are not mutually exclusive. I can be “the real me” wig or no wig. Plus, to choose to not wear a wig was a big decision for me – and not one I would make on a whim and certainly not based on whether it would improve my career prospects.

It was incredibly wearing. The whole way through my comedy project in my second year, my tutor kept saying, ‘Wouldn’t it be amazing if you threw your wig off during that final scene?’ He couldn’t understand why I didn’t want to do it, and he brought it up again and again. I’m astounded that he didn’t realise he was backing me into a corner; reducing my condition to a punchline.

My decision to stop wearing wigs happened during the pandemic – years after my time at drama school which is unsurprising. COVID-19 has brought with it an incredibly difficult couple of years, but it gave me some much-needed time and space to recalibrate.

As I was only going out for essential journeys right at the beginning, I thought I could test out not wearing a wig on a shopping trip to Aldi. I was very nervous on my way there; I couldn’t stop looking at people to see if they were looking at me. I soon realised that people weren’t staring or making judgements and so my confidence started to grow.

I regularly work with children as a drama teacher, and the reaction from the kids I teach has been wonderfully positive too. I had a young person with alopecia  come up to me a little while ago and talk about how they thought about wearing wigs but seeing me without one made them realise that they wanted to embrace the way they looked. I was so overwhelmed that I had been that figure for someone. If I’d seen someone who looked like me growing up, I think I would have made my decision a lot sooner.

In terms of the industry, I think there’s a long way to go. Although since I left drama school,  I have seen change and things seem to be going in the right direction. It would be wonderful if there was greater awareness of visible differences, so rehearsal rooms and film sets could become fully inclusive and supportive workplaces.

The fact that people with scars, marks or conditions, remain pigeonholed as villains or quirky, or “other” shows me that this is a long way off. It’s appalling that we live in a world where this still happens, where lots of people are sitting in rooms and making decisions about these projects, and not seeing why this is a problem. I’ve been lucky in my work as an actor; my alopecia hasn’t been a central focus for the characters I’ve played, it’s just that the person playing them is someone with the condition. I think it’s incredibly important to make that distinction.

It feels very special, and a little daunting, to be that positive representation, which we need to see much more of on telly and on stage. What I would say though, is that putting my wigs back in their boxes has been the best decision I’ve ever made. It had to be the right time and that time came.