Hi! My name is Hannah and I’m a Changing Faces Young Media Champion. I’m 17, from Scotland and I have the condition Sturge-Weber syndrome. It’s a neurological condition which comes with a large birthmark on my face.

It’s been hard growing up looking different, as for me it has come with lots of stares, comments and bullying just for the way I look.

Added to this happening, I felt ignored and alone too, there’s hardly ever anyone with a visible difference shown on TV, or in films and adverts. The only time I have seen someone who looked different (almost exactly the way I look which is freaky) was in the movie called “The Midnight Gang” by David Walliams.

The character  who was given a visible difference was a man playing a hospital porter and all the kids were scared of him because of the way he looked. That was upsetting for me because it made me question whether it was a bad thing to look different and it made me more self-conscious of how I looked.

Online is getting a bit better now, you can find influencers and people with visible differences who are positive and fun to follow. I look up to Nikki Lilly a lot and even though she gets many positive comments she still gets horrible comments too.

I hope in the future they will all be positive, or that there will be better monitoring on comments, so people don’t get away with posting nasty messages about someone’s visible difference.

Lockdown was hard for me because I felt isolated from my friends, but it was also a break for me to not get stares and comments which was good. I was shielding for such a long time; it was so hard to go back out and go and be around people. I’m still scared, and I always wear my mask out and about even just walking along busy streets. 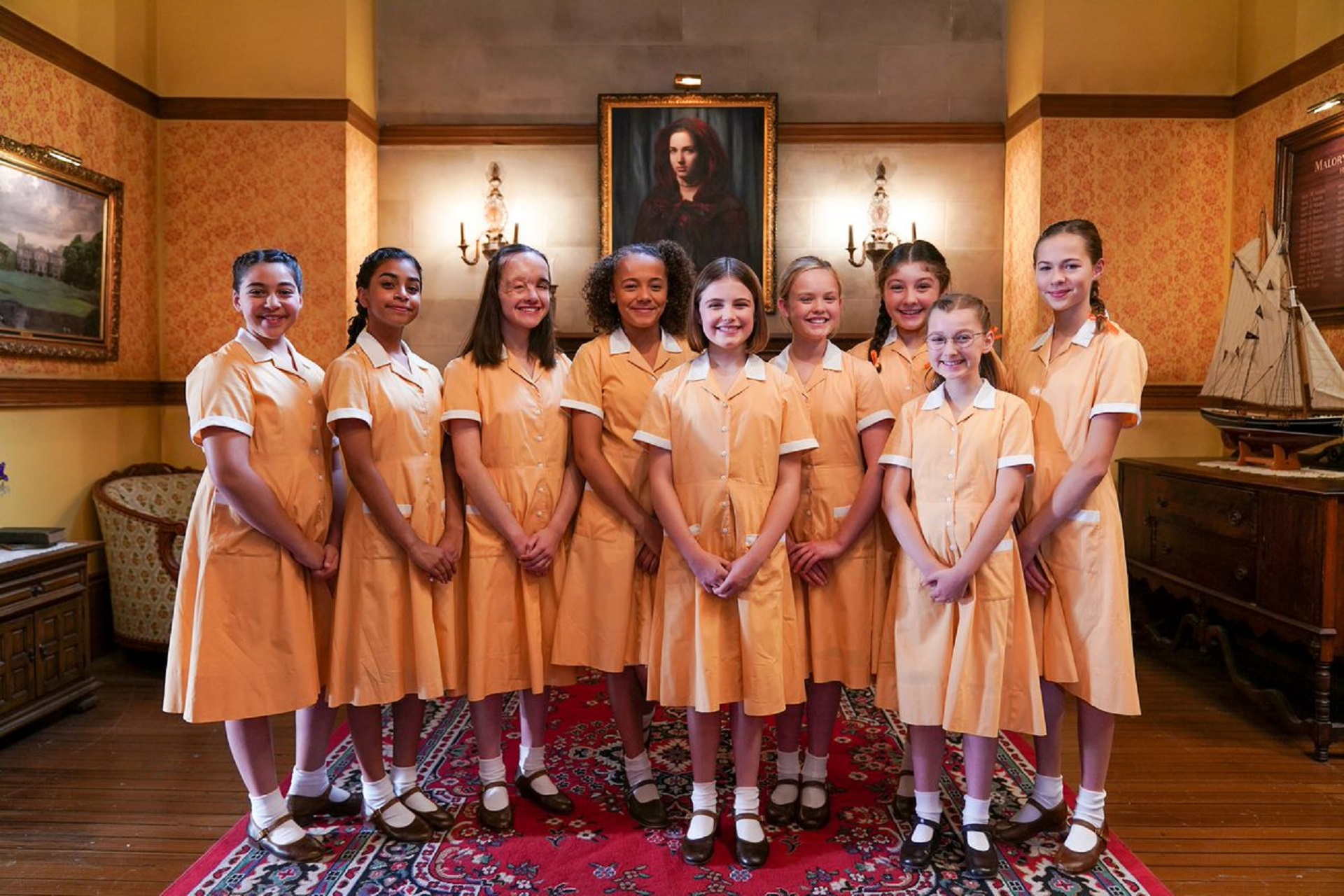 The cast of Malory Towers, which features actor Beth Bradfield who has a visible difference. Photograph: John Medland

I thought Beth acted the role of Jean very well, but I was a bit worried that she would get some negative comments about it. Seeing her get positive comments online and hearing that she’s been getting supportive messages is so great.

Even though I’m 17, and probably seen as a bit too old to watch this series, I will still be watching season 2 as I’m so glad that at last someone with a visible difference is being included in a positive way in a programme on TV.

I would say to programme makers, script writers and casting directors to treat people with visible differences just the same as everyone else. We may look different on the outside but we’re just the same as you on the inside.

Robin writes about his daughter's role in Malory Towers and his pride that she's a role model for others with visible differences.