My name is Ella and I am a 29 year old (soon to be 30) woman from Rugeley in Staffordshire.

I was born with a rare genetic condition called cranio-frontal-nasal dysplasia, which means that the bones in my skull prematurely fused together whilst I was still in the womb, causing my facial features to be asymmetrical and having a visibly different appearance. Having a visible difference can be tough and can often create barriers.

I have had three major operations. The first were in my early childhood to enable normal development. At the age of 18 I had my third operation. This was the most difficult because I had a choice about having it.

I had never really cared about my image growing up. But suddenly having all those thoughts and fears that an 18-year-old would have about their appearance, it was very daunting. I knew the risks involved too. I really thought hard about my decision. I asked myself: ‘Do I really need it? Will I regret not having it in the future? What am I going to look like after?’

After a lot of thought I chose to go through with it and I am so glad I did. The operation involved reducing the width of my nose and moving my eye sockets to the correct position. My nose was reduced by 8mm and I am now the proud owner of 19 screws in my nose and an awesome scar that goes from one ear to the other. 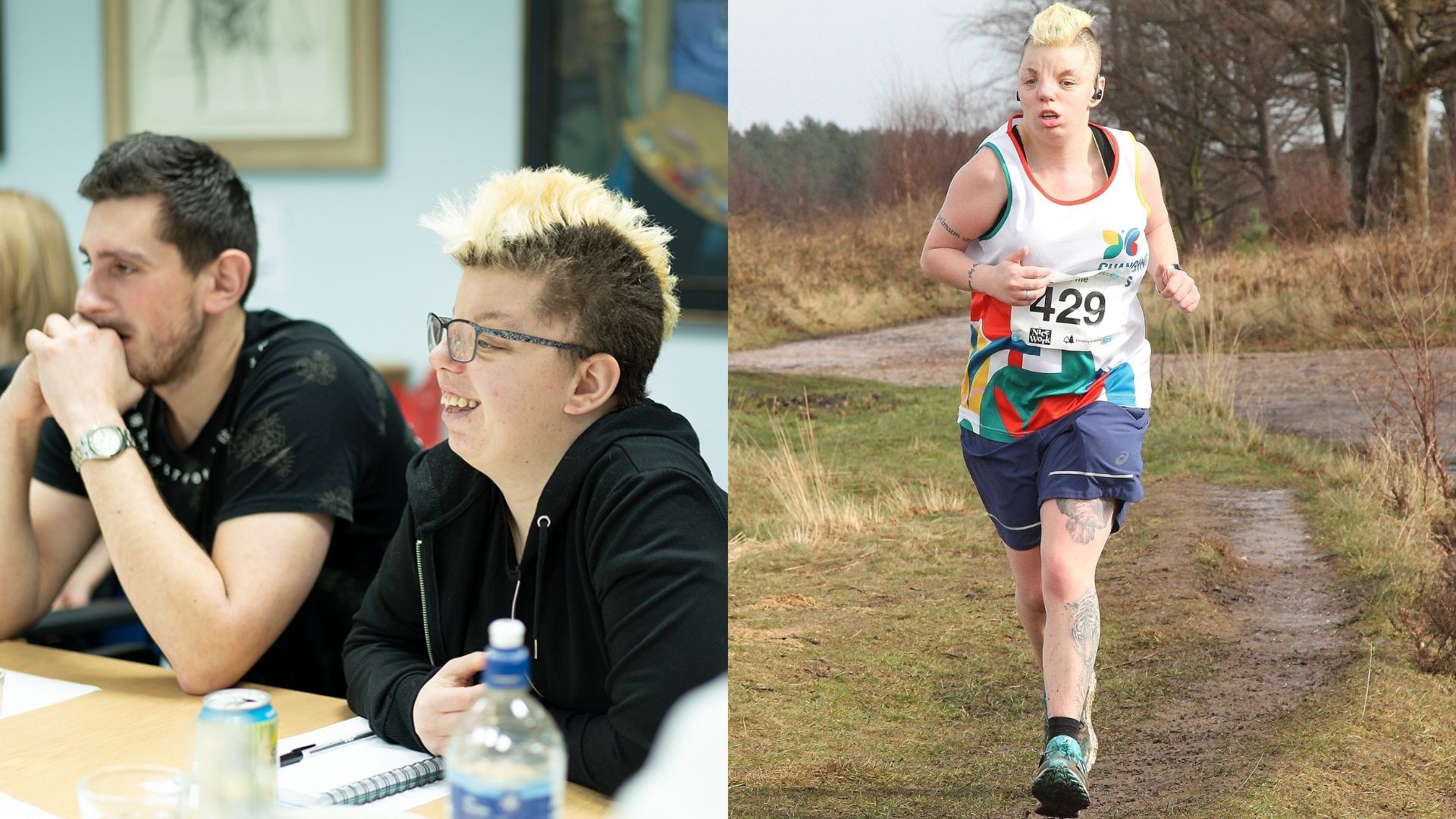 Ella enjoys being part on an online community of runners.

After the operation, my friends and family noticed a huge difference in my confidence. I had a very positive childhood and I have always had a tremendous support network of family and friends who allowed me to flourish and be proud of the way I look. I am not going to sit here and say that I am not subject to stares, pointing or some prejudice. I often notice it when I am out, however I don’t let it get me down.

In 2019 I became a campaigner for Changing Faces because I believed no one should be discriminated for the way they look. As a campaigner I often hear shocking stories about the way others have been treated. I think a big part of the problem is a massive under-representation of people with a visible difference in the media and in popular culture. This is something that I endeavour to change.

One of the things that has always been a part of my life alongside my visible difference is my love of sport. From a young age I was always playing football, and more often than not people commented on the fact I was a girl playing football. In the 90s that was just as unheard of as my condition! Sport was a great way of building my confidence and a way I made a lot of friends.

As I got older like most girls, I fell away from sport and then university and life took over. Before I knew it, I had graduated and was in employment. Stuck in the cycle of work, eat, sleep, repeat. Just before the new year of 2017 drew in, I told myself something needed to change so I signed up to my local gym.

My personal trainer set me 4-weekly targets, including running on a treadmill with the aim of running a mile without stopping. At the time this seemed impossible. Running was not my forte, I can’t run. I’m not built for running. How wrong could I have been!

I found myself smashing my running target and then having the confidence to join the running club associated with the gym. I started going to my local parkrun on Cannock Chase. That’s when I developed the ‘running bug’ and discovered how awesome the running community is.

I found myself submerged in a world of people who gave encouragement, didn’t judge on your pace or finish times, but understood the task at hand which was getting from the start to that illustrious finish line.

No one cared that I looked different, in fact it was nice that my visible difference was not the starting point of a conversation. In the running community I am Ella, a fellow runner with a blonde mohawk.

Since taking those first steps I have completed numerous running events from 5k’s to a half marathon. Later this year I’m aiming to complete my first marathon. Running has allowed me to indirectly educate people about visible difference and the incredible work that Changing Faces does to support people like myself to live the way they want. I have made so many friends through running and I wouldn’t change it for the world.

Rory, 26, is from Scotland. He became an active campaigner for Changing Faces so he could use his experiences to help others.

Our Personal Best Challenge is a great way to support people living with a visible difference while pushing yourself to your athletic limit!