I’ve known about Changing Faces from a young age. When I saw the advert calling for campaigners, I jumped at the chance. This was an opportunity for me to share my story… my story being that having a visible difference does not define the person you are or determine what path you take in life.

The application process to become a campaigner was straightforward. I completed the tasks and was selected to have a telephone interview.

Being a campaigner for Changing Faces has given me a new lease of life and enabled me to try new experiences and meet extraordinary people. Although I am a person who loves to talk, the media training gave me skills and techniques that have helped me to have the confidence to be interviewed and tell my story through various media platforms. 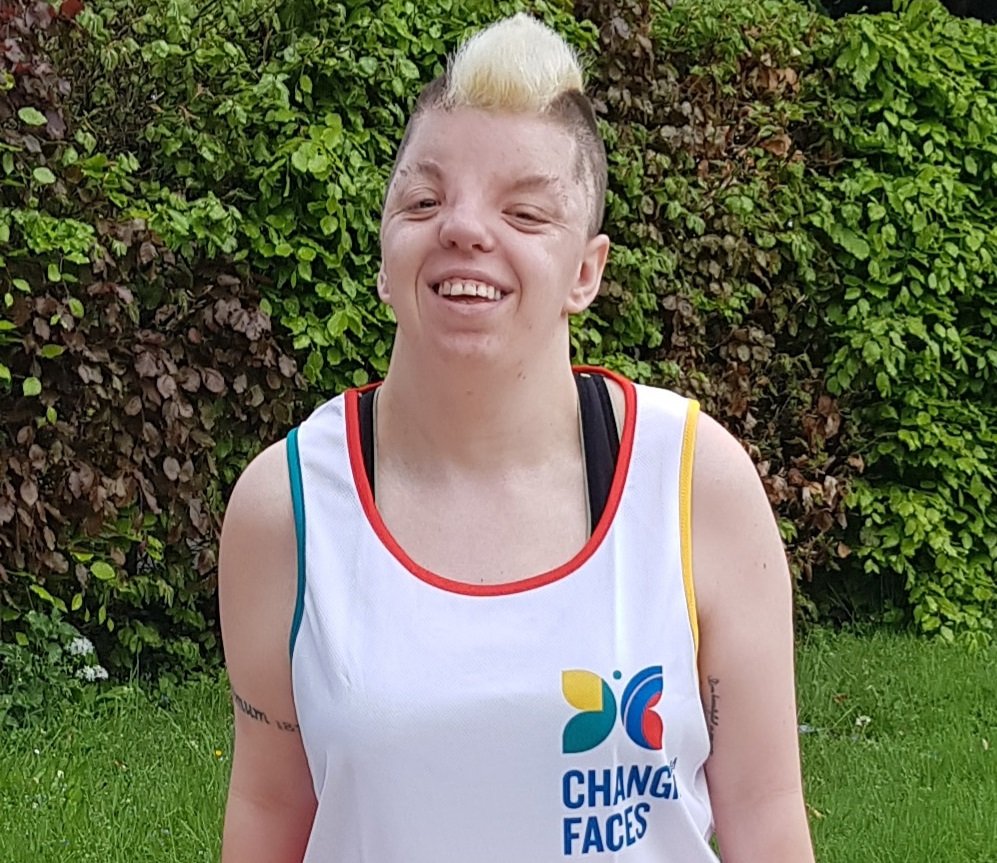 Face Equality Day 2019 was something that I was heavily involved in, not only through my social media channels, but also on the TV. I got to go on Channel 5 News and share my experiences alongside another campaigner and the CEO of Changing Faces.

Being in a TV studio was amazing and nerve-wracking at the same time. The media training kicked in and I got across the importance of the need for better representation of people with a visible difference in mainstream media and culture.

I have taken part in a plethora of opportunities, such as interviews with Give Me Sport: Women and BBC Radio Stoke, attending a board of trustees meeting, speaking at a fundraiser and to school children about life with a visible difference.

A highlight for me would be getting a politician to retract what they said and agree with me, during a debate on the My Visible Difference report.

Being a campaigner has also opened doors to other opportunities and even allowed me to share my story overseas and have a larger following on social media. Through my love of running, I have been indirectly raising awareness and the profile of Changing Faces by sporting my Changing Faces running vest!

I am incredibly proud that I became a campaigner. I was not sure how my story would be received, but my outlook and positivity have been warmly welcomed. I have realised that whilst we tackle some serious issues, having a light side to life with a visible difference is also an important message for others that may be struggling.

I have grown massively in confidence, I’ve learnt new skills and developed a wider network of fellow campaigners and supporters to share experiences with. I’ve met loads of people who ordinarily I would not have had the opportunity to talk to.