We are pleased to announce our latest Pledge To Be Seen partner is the global cosmetics brand Sleek MakeUP.

Sleek will be featuring three Changing Faces campaigners, Amba, Prisha and Tatyana, in their upcoming social media campaigns as part of the Pledge To Be Seen movement, our initiative that calls for brands to represent more people with visible differences in their imagery.

The brand has also made a financial donation to Changing Faces’ wellbeing and counselling services.

Becky Hewitt, Changing Faces Chief Executive, says: “We are absolutely delighted to be partnering with Sleek, a pioneering make-up brand committed to supporting individuals to live the life they want to lead.

“For too long we’ve seen the make-up industry perpetuate stereotypes of what it means to be ‘beautiful’. That is why it is so refreshing to see a brand that has diversity at its heart, celebrating difference and championing individuality. People with visible differences tell us that they feel isolated and excluded from society. Together Changing Faces and Sleek are showing that people with disfigurements from all communities can be role models and should be seen and heard.”

One in five people in the UK identify as having a visible difference, such as a mark, scar or condition that affects their appearance. But despite this, more than half (54%) of those who responded to Changing Faces’ independent research with Savanta ComRes said that people with visible differences are regularly ignored by brands.

This led to the launch of the Pledge To Be Seen campaign in 2019 to tackle the lack of positive representation of people with visible differences in advertising and across the media. Avon UK was the first organisation to join the movement, and Sleek MakeUP join others who have come on-board including the trade unions, Prospect and Bectu.

Eleanor Barker, Sleek MakeUP Brand Director says: “We are committed to ensuring Sleek is a truly representative brand, and this partnership with Changing Faces will allow us to further challenge outdated beauty standards and celebrate individuality.

“It has been a privilege to work with these three inspirational campaigners and to join Pledge To Be Seen to positively empower individuals with visible differences.”

Changing Faces also hopes to use the collaboration to reach more Black women and people of colour with visible differences, making sure more people know about and can access our resources and support services.

The partnership has been welcomed by the All-Party Parliamentary Group on Beauty, Aesthetics and Wellbeing (BAW APPG). Carolyn Harris MP, co-chair of BAW APPG says: “I am delighted that Sleek MakeUP has joined forces with Changing Faces as part of their Pledge To Be Seen campaign.

“It’s so important that young people see that the beauty industry is for everyone. Positive representation of visible differences in advertising campaigns like this will help breakdown old-fashioned stereotypes of beauty. The Changing Faces campaigners can be proud that they are making change happen and becoming the role models others need to see.” 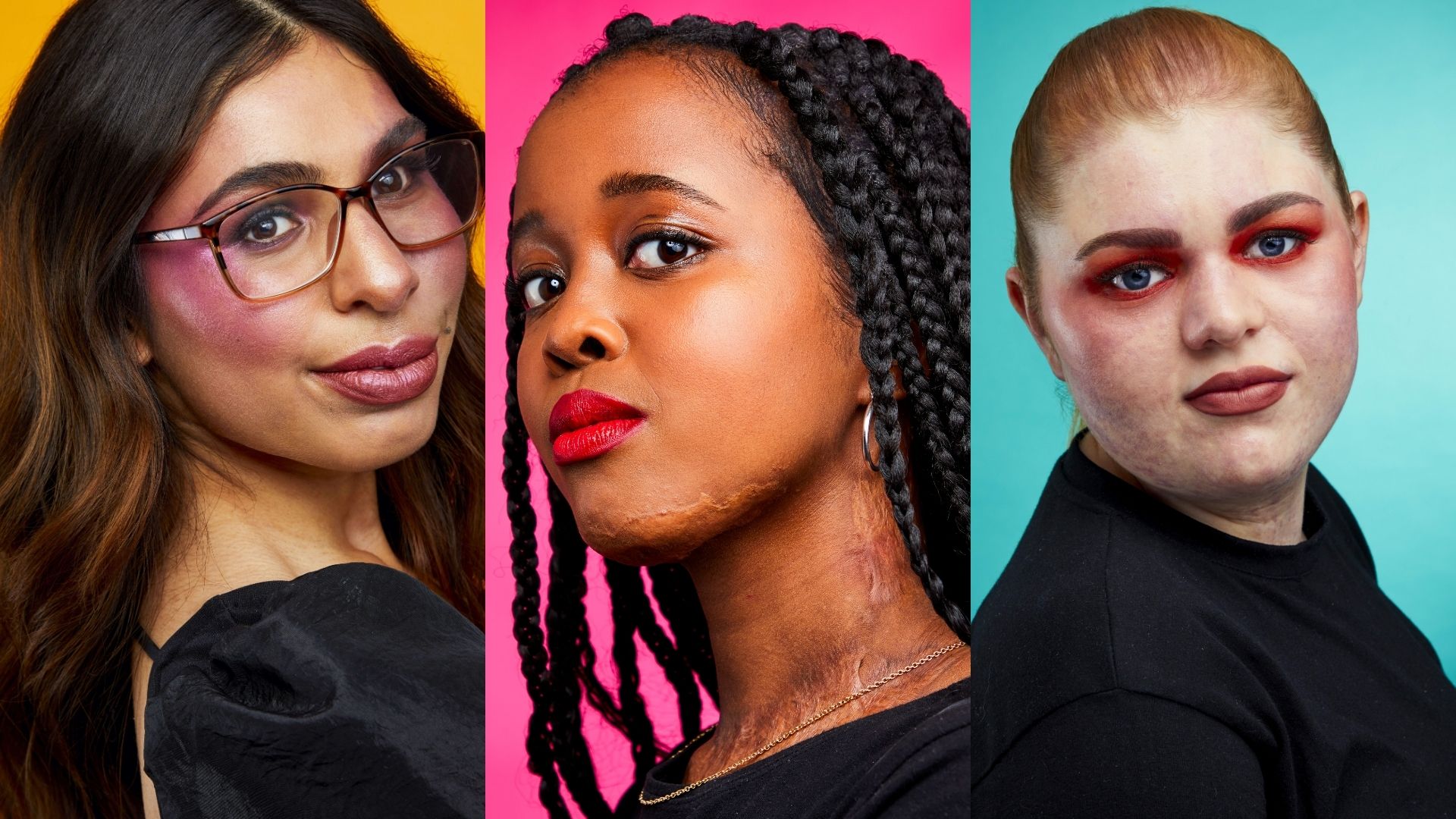 (From left to right) Prisha, Tatyana and Amba

Campaigner, Prisha, says: “When I was growing up, I didn’t see anyone who looked like me in brand campaigns, magazines or online. I felt like an outsider. Now I’m challenging that.”

Campaigner, Amba, says: “When you’ve got a visible difference you can spend a long time trying to hide away and feeling like you don’t fit in. I spent years trying to avoid doing anything that would encourage people to look at me. Now I can be confident just being me.”

Campaigner, Tatyana, says: “I used to be so afraid of standing out. I retreated into a shell and wouldn’t leave my comfort zone. Now I know that there’s more to me than my scars. We’re doing this so young girls and boys out there know they can do it too.”

By partnering with Changing Faces, your company can fight for a future in which people with a visible difference can live the life they want to.