My daughter Millie was born with a lymphatic malformation in her eyebrow.

She was diagnosed by doctors at Great Ormond Street Hospital in September 2019 when she was almost one year old. Doctors were happy that it wasn’t affecting her vision at the time, so they decided to monitor its development and bring her back for a checkup in a year or so. 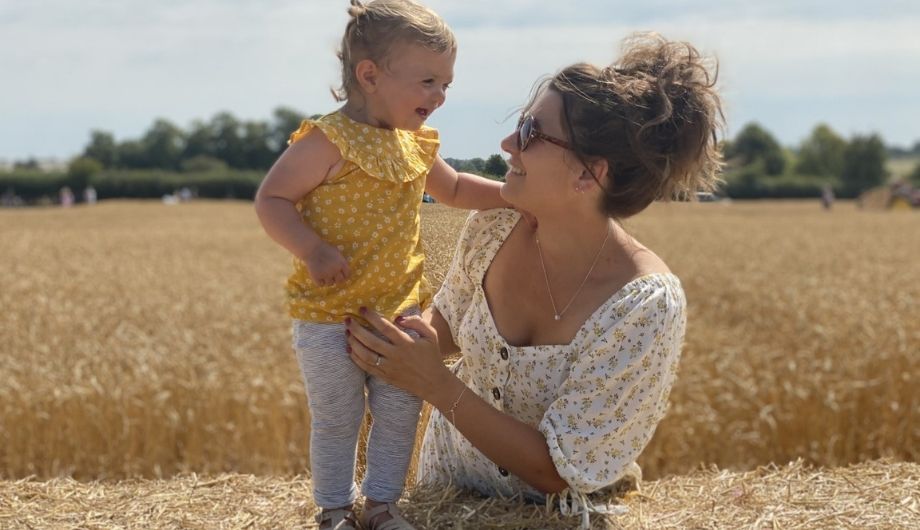 Nina and her daughter, Millie

However, in May last year, her eye began to bleed, like she was crying blood. The doctors could see her lymphatic malformation had grown and was now beginning to obscure her vision.

They decided to start a treatment called sclerotherapy, which causes the lymphatic malformation to swell and then shrink over time. Millie required three treatments (one every six weeks) and had to wear an eye patch too in order to improve her vision in her other eye.

We have remained determined to raise Millie to be strong and confident in her own skin.

Her first treatment went well, until a few days after, when her eye swelled up with a big bruise, causing her to vomit through the pain and pressure. She ended up back in our local hospital on morphine and steroids for three days.

Doctors at Great Ormond Street recommended that we continue with the treatment as, despite the complications with the first one, it would be better for Millie in the long term. Luckily, her second and third treatments went perfectly.

We are fortunate enough to not have had many nasty comments from other people regarding Millie’s eye. Adults tend to think she’s fallen over, and children ask questions. We were at the park recently and a little boy was playing with my son, Isaac. The boy said he didn’t like Millie’s eye and that it looked funny.

Isaac told him he was being unkind. He didn’t know I was nearby and could hear, but I was so proud of him for sticking up for his sister.

All children with visible differences are different but to be able to ask questions to someone who might have experienced something similar has been so helpful.

My husband and I had been worried about how to deal with experiences like this, especially as Millie gets older, so I decided to contact Changing Faces last year. A lovely lady called me, and we talked through how to handle difficult situations, stares, comments and questions. She also talked to us about reading Millie books that promote difference and inclusivity, so she can accept and embrace her visible difference.

Lymphatic malformations can flare up with hormone changes such as puberty or pregnancy, which means that Millie could have to deal with this at other stages in her life – and may need more treatments as she gets older.

Making connections on Instagram with other parents who are in a similar position has been invaluable for us. All children with visible differences are different but to be able to ask questions to someone who might have experienced something similar has been so helpful. 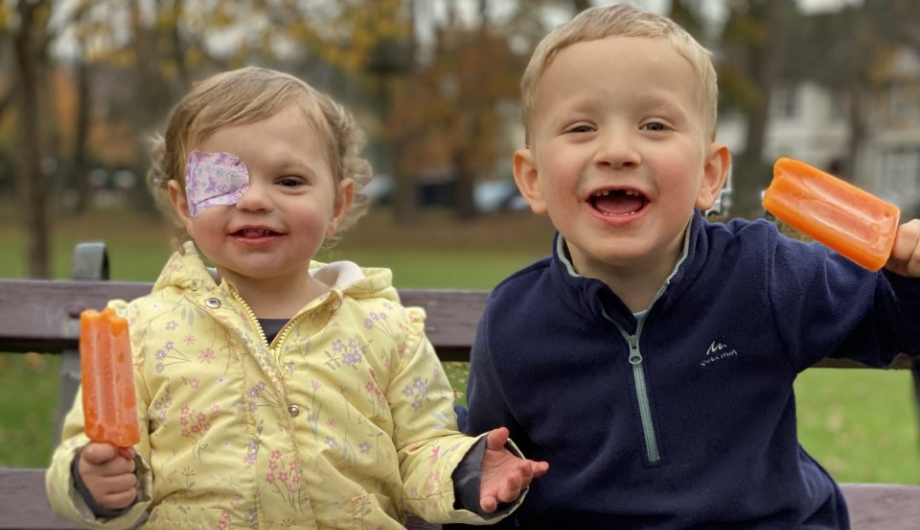 Millie with her brother, Isaac

Having a child with a rare condition is so worrying, and we don’t know what might be considered ‘normal’ for her. For example, when Millie started crying blood from her eye, our doctor connected us with a parent whose son had a lymphatic malformation in the same location as Millie. It was so reassuring to talk to someone who could understood what we were going through.

Through all the challenges, we have remained determined to raise Millie to be strong and confident in her own skin. To love herself and to always be proud of who she is, because she is an incredible little girl.

But for now, she has done so well and has made amazing progress. We couldn’t be prouder of her.

Paulette explains how being open and honest about her birthmark has helped her to feel much more confident in her own skin.

Rachel, who has a birthmark around her eye, has discovered that living with a visible difference gives her empathy for others.

Florence faced plenty of difficulties in school due to her ptosis, but now sees how her visible difference has made her stronger.