I have psoriasis, an autoimmune disease that appears on my skin, and psoriatic arthritis; 30% of my face is affected and also other parts of my body. It appears as large, red, irritable, angry patches of flaky skin which is very itchy and not great to look at.

The first patch appeared on my face in August 2013 when I was in fourth year of university, just starting my dissertation. I didn’t worry about it. I thought it would be another passing thing. Despite the fact it persisted, it didn’t bother me at all until a member of the public pointed it out, and that was when I realised it mattered to others.

I was working in a shop when a woman I was serving said “I thought you had to be pretty to work in here”. I wanted that moment to be over as soon as possible and to never have to think about it again.

Since then I have realised the difference is obvious enough that some people feel they can comment on it. It is comments like these that remind me that I look different – it’s not OK for people to just point it out. In another instance a man asked, “Had I gotten ready for Halloween early?” So many people don’t see my psoriasis at all, but a minority feel the need to comment on it. 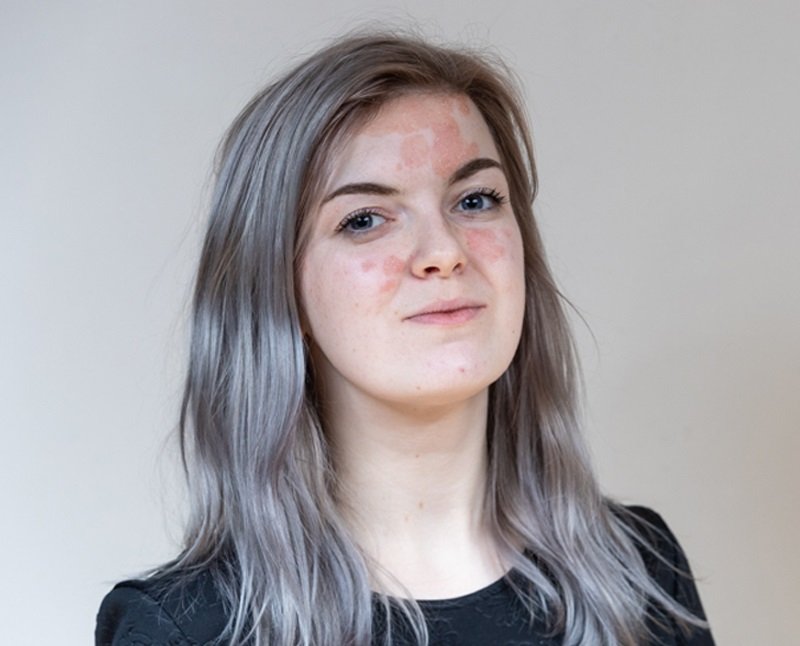 In the beginning I was comfortable with my psoriasis but the comment from the lady in the shop broke me – I became very insecure, constantly felt like everyone was looking at me, paranoid. All this resulted in my depression and anxiety getting much worse. I became progressively less happy the more people made comments.

Over the years I have learned that how you look does not define you and I have matured and grown as a person. We live in an Insta-flawless world, which is just not real. I love my skin and it’s other people’s issue if they are bothered by it. Having my visible difference helped me on the road to self-acceptance faster. It is not to say I don’t struggle still, but now I know to turn to my family or to the online psoriasis community if I need support.

Now that I also have psoriatic arthritis I feel like, “I want to be able to walk up the stairs, I don’t care about the patches on my skin.” I honestly do not care what I look like, as long as I am as healthy as I can be with an autoimmune disease.

Whilst online dating, for a long time I only had photos of my skin when it was clear on my profiles. It was really awkward and horrible on dates when people didn’t know how to ask about my skin. I eventually started putting up photos that showed my psoriasis and, yes, I got a lot less matches, but a much higher calibre of people! I see it as the “douche-bag filter”… That is how I met my current partner of one and a half years. He is really understanding and supportive. I have also learnt how to help a partner support me too.

If I could give advice to someone feeling unhappy about their own visible difference I would tell them to remember that they are not defined by it. People can and will be cruel, but it’s an issue that lies with them and not you.

When those moments of sadness come, embrace them, but only let it last for a moment, not for weeks or months. If you find yourself saying something negative in the mirror, say something positive too – eventually the positive will outweigh negative. That’s the best way to embrace self-love and acceptance.

Having a few tricks up your sleeve can help when someone comments on your appearance or asks questions. We share some of these approaches on this page.

Sharing her experience of having psoriasis with her friends and online communities has helped Aimee embrace her skin and learn to love herself.