Twenty-five years ago I was born prematurely with a birth defect known as gastroschisis. As a result I now live with a scar across my abdomen, no belly button, and several chronic health problems.

While my story starts at birth, everything that happened to me then I feel is more my parents’ story. I don’t remember those surgeries or my first few years filled with hospital appointments. For me, my story with my visible difference started at around age seven, when I started getting bullied for it at school.

I’d be bullied for the next decade, up until I left high school at the age of 17.

While I absolutely recognise there are many privileges to having a visible difference that can easily be covered, I didn’t feel like I could hide it at school.

I’ve never experienced street harassment for my difference, nor has it ever impacted aspects of my life such as employment. But it greatly impacted my time in education; a time in life that shapes the adult you might turn into.

My visible difference was hidden by my school sweatshirt, and yet almost everyone in the entire building knew about it. My high school had more than 1,000 students, and I don’t feel I’m being dramatic by saying they almost all knew. It spread like wildfire.

Kids years older than me knew about it, so did children years younger, staff were probably aware too. There was a tangible buzz around it. Everyone wanted to know, wanted to see, wanted to touch it for themselves. I was dragged around the playground by my hair, cornered in bathrooms and had clothing removed without consent. People gawked and whispered and touched.

Sometimes I’d receive verbal abuse about it on the bus in the morning; I hadn’t even entered the grounds yet. I distinctly remember this happening once from a younger boy. I had absolutely no idea how he knew who I was, where I lived, or how he knew about what I believed to be my shameful secret. My younger brother put a swift stop to his shouting, but the damage was done and my day was already ruined. It wasn’t even 9am.

Now at 25, I love my scar. If I could click my fingers and have it removed, I wouldn’t. And this is coming from the girl who tried to have reconstructive surgery on it years earlier because I couldn’t take the bullying any more.

I absolutely understand that many are put in positions that make their life difficult with a visible difference, and that it’s ongoing for many. I hope everyone that feels self-conscious knows they’re not to blame for that. You’re not to blame if people’s comments, stares and abuse get to you and impact your self-esteem. You’re not “letting them win”, it just happens sometimes.

I became a campaigner for Changing Faces because I believe everyone deserves to feel safe and respected with equal access to all opportunities. Every environment you’re in should be a safe one. Whether that’s school, work, the changing room or the street. You’re deserving of that. 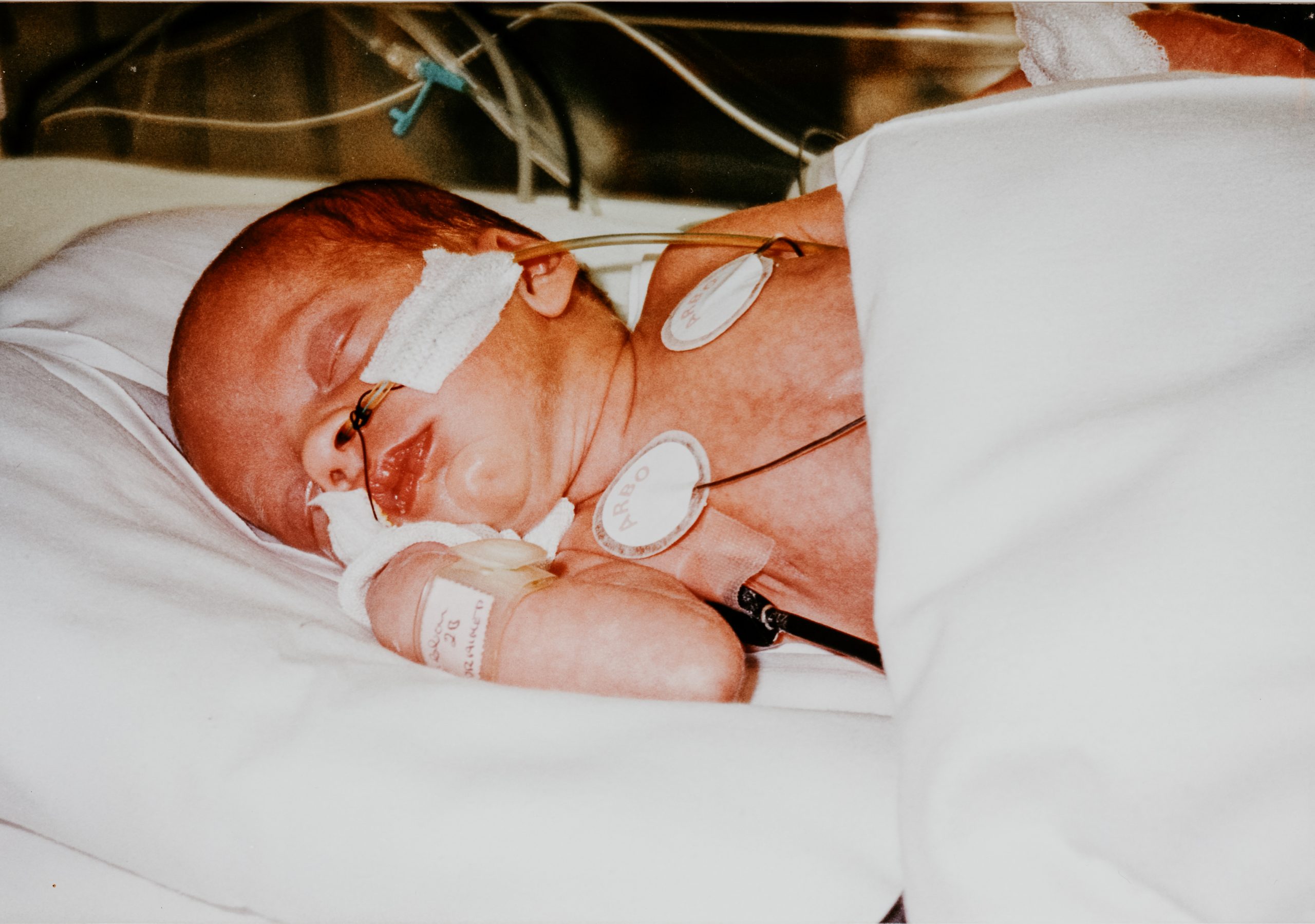 Jenny was born prematurely with a birth defect which left her with a scar across her abdomen and no belly button.

With more representation in media, film, TV, books and advertising, I believe a tangible difference will be made to many people’s lives. Everyone deserves to see themselves represented somewhere. Everyone should respect the fact that not everyone looks like them, talks like them, has the same abilities, or believes the same things.

Maybe with more representation my scar wouldn’t have been the sort of thing to spread around the school the way it did. Maybe it still would have, but I’d have been more sure of myself. Who knows? I do know I felt like the only one, and now I don’t. There’s so much value and power in that. You’re not in this alone.

Here’s how to become a detective and discover more about why you look the way you do and how this may affect you in the future.