My name is Georgia, and I am the proud mummy of two beautiful sons. Theo is six and Jude is three months old.

I received Theo’s cleft diagnosis at my 20-week scan, and I was extremely scared and confused. I kept thinking what I could have done wrong to cause my child to have this condition. Was it not taking folic acid, was it due to stress, did I not eat healthily enough?

The next 19 weeks went by in a blur with visits from the cleft team and spending hours trawling through the internet reading information about clefts and cleft-related conditions.

Many tears were also shed feeling guilty and worrying how I would feel about my son. I also agonised about how other people might judge me and stare at my baby who didn’t look like the other ‘perfect babies’ at the mother and baby groups.

I worried about him getting bullied at school and not fitting in. It was endless.

Then I gave birth to my little man Theo, who had a unilateral cleft lip and alveolar notch. He was beautiful and my worries about what others would think didn’t matter to me anymore. He was my baby and perfect in my eyes.

He struggled to feed at first, but he slowly got the hang of it after a couple of weeks. 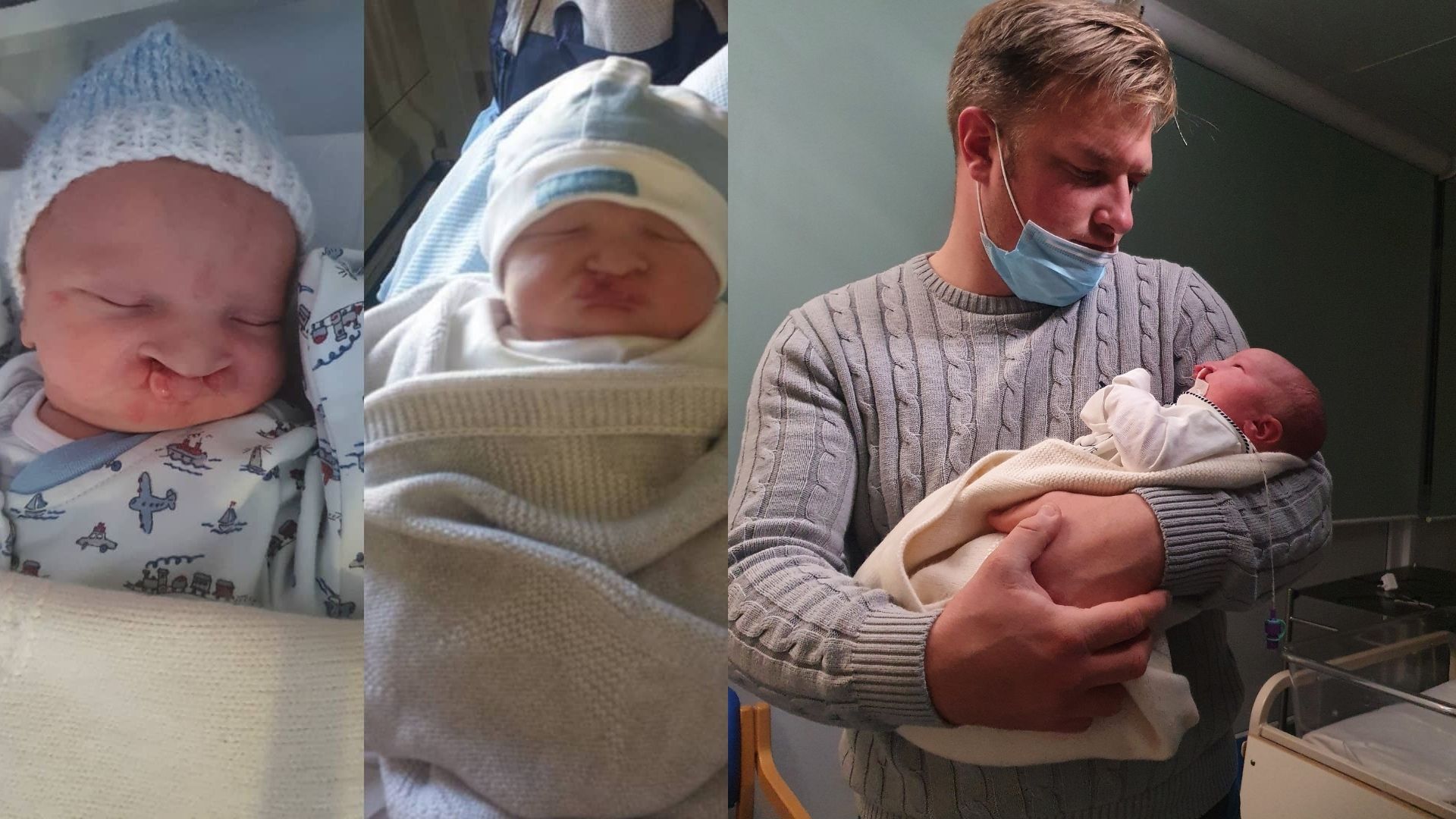 Theo had his surgery at four months old and recovered brilliantly well. The surgeons and whole cleft team at the hospital were really amazing and could not have been more supportive and informative throughout Theo’s diagnosis and treatment.

We have always been very open with Theo about his cleft as he will occasionally ask about his scar or why he has a gap between his teeth where his gum notch is. He understands that he had a cleft when he was born, and I will show him his baby pictures which he likes to see.

He currently doesn’t seem in the least bit worried by his appearance. We always tell him he is a gorgeous boy which makes him smile. We have yet to broach the subject about his further surgery in a couple of years but will do this when the time feels right.

Fast forward to February 2020: we find out we’re expecting our second child, just before the pandemic changed our lives completely. We were told that the chances of this baby having a cleft were extremely low as we had no family history of the condition. I put it to the back of my mind and carried on as normal with my pregnancy.

At 16 weeks I decided to have a reassurance scan to check on my baby. During the appointment, we found out that we were expecting another darling son.

Next happiness turned to complete devastation when the sonographer focused on our baby’s face. She looked at me with a sad expression and confirmed that our second son had a cleft. I immediately burst out crying, saying: “But I did everything right this time!”

The sonographer assured me it was nothing I did wrong and gave me a big hug which I needed so much. I asked which side the cleft was on and she said both sides. My heart dropped again, and I cried harder.

During the drive home I felt drained and deflated. My family and friends were all waiting for my call, and I felt sick that the joyful news would be tainted by having to share that I was having yet another cleft baby.

I was very concerned after finding out our second baby would have a bilateral cleft as I knew that meant the chances of his palate being affected were much greater.

I was told that Jude would need multiple surgeries throughout his life which was so upsetting. I felt exhausted just thinking about going through more surgeries and medical interventions a second time around.

After going through the online meetings with the cleft team and undergoing several extra scans, Jude was born with a complete bilateral cleft lip and palate. As soon as I held him, I fell in love instantly.

The only thing I could think of was how beautiful he was and how lucky I was to have two amazing sons who were happy and otherwise healthy. 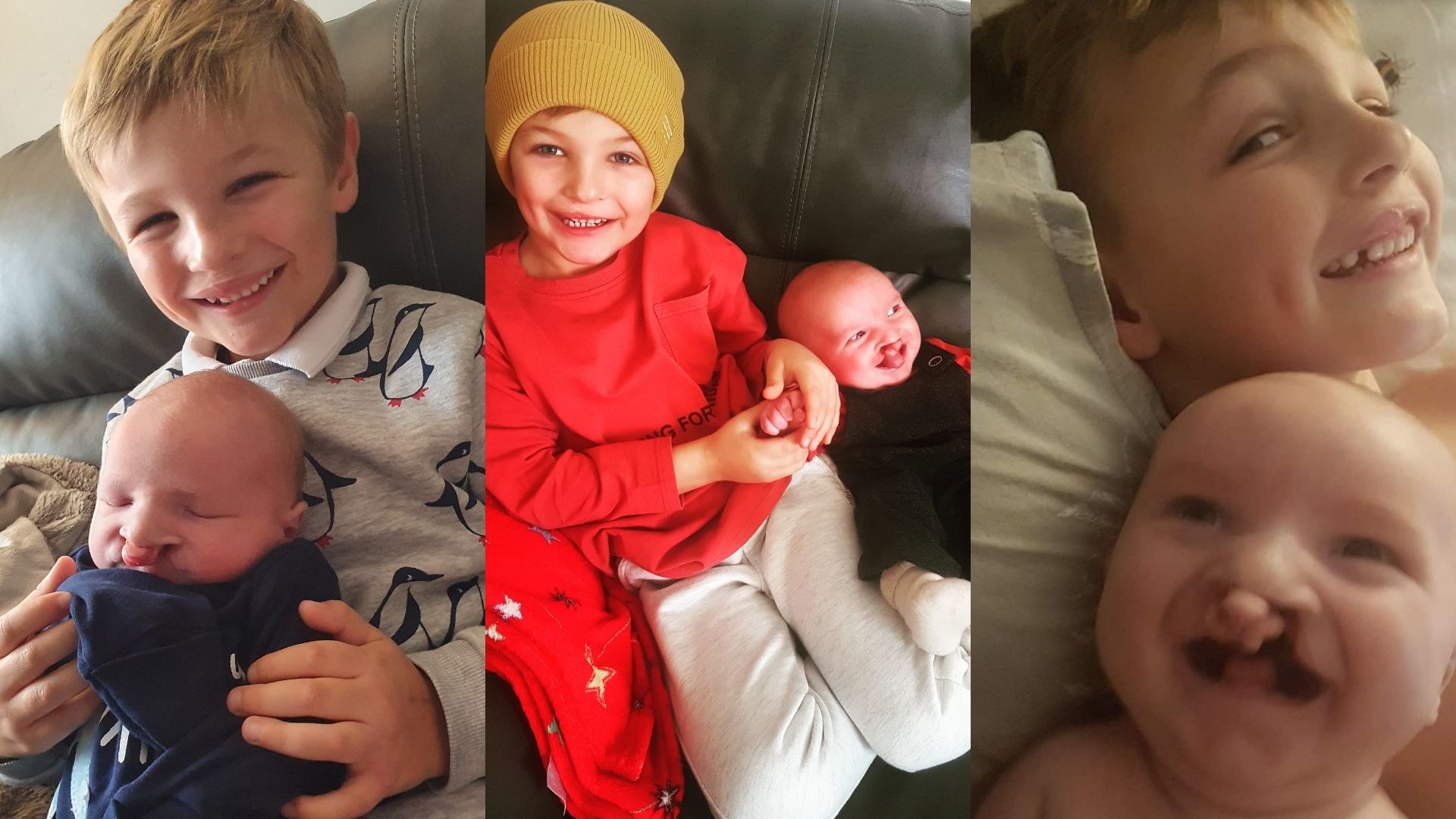 Shortly after he was born the midwife and my partner took Jude to special care to put down a feeding tube. He hated it and would try and rip it out.

That afternoon the cleft nurse tried giving him his first bottle feed and he never looked back. He’s gained weight consistently and has proven everyone wrong. He wasn’t letting any cleft hold him back.

Apart from a few ghost teeth causing problems he has jumped through every hurdle and is going from strength to strength. He is just the happiest most smiley baby.

Jude will need several surgeries within the first 12 months then a couple more as he gets older. Although this fills me with nerves and sadness, I know he will come out the other side.

We will be just as honest with Jude about his condition and take each day as it comes. When Jude is older, we will support him in whatever way necessary to make sure he grows up as a happy, content and confident person.

Since my boys have been born, I feel I have become a stronger and more understanding individual. And I hope that by sharing my story, I can educate adults and children who don’t know anyone with a visible difference to be more accepting of those who look different.

To any parent who has recently received a cleft diagnosis, I would also like to say that from my experience as scary and emotional as your journey will be, it will also be filled with much joy and hope.

My boys really do have a bond for life, and I couldn’t be any prouder to have two special “one in 700” babies. My wish for them is that they can go through life without being treated differently or judged by others for their appearance.

Every donation we receive from kind supporters allows us to carry on our vital work supporting people living with a visible difference. Please donate now.