Olu says: “When I watched the first episode, I wasn’t sure what to expect. I thought it was going be a programme where we got an insight into what people thought about their conditions and how they impact them. That’s the sort of content I expect from the BBC.

“But what it turned out to be was people briefly talking about their life with their condition, and then a real focus on how they can get it treated.

“I don’t have an issue with making whatever condition you have better, if that’s what you want to do. But I didn’t like how the show went about it, especially with the first guy, Daniel, who had a cyst on his head.

“Another participant talking to Daniel mentioned how he was ‘lucky that he gets to wear a hat at work to cover up his cyst’ and asked him if that was ‘why he went for that job’. From that point I felt it turned more into an ‘embarrassing bodies’ style programme.

“I’d love to know if there were any people with visible differences involved in the decision making around the content. I don’t really like the message the show is sending out, which to me felt like it was, ‘if you have a visible difference, let’s fix it’. To me that’s an ignorant message to send out.

“It could have easily been an inspiring and insightful TV show about visible differences, and it can be done. They could have also shown young people challenging the stereotypical depictions of beauty they talked about.” 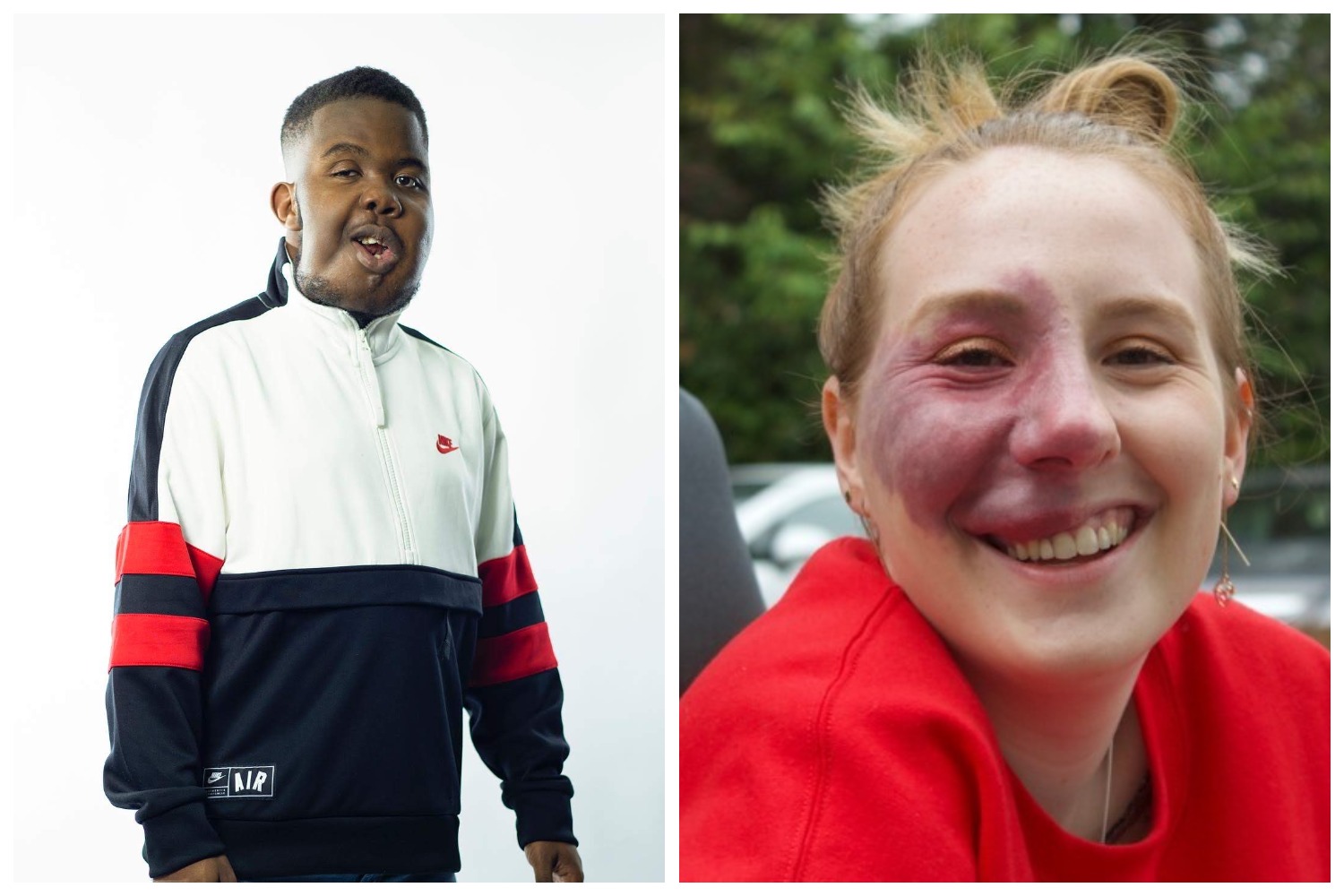 Olu and Eleanor felt that while it was positive to see visible difference represented on screen, the show lacked depth.

Eleanor says: “On the surface, Skin is a well delivered series, giving help to those who want it and getting young people access to some of the best doctors, dermatologists, and service professionals. But when you dig deeper, it is not as impressive as it seems.

“Disclaimer – I was approached on social media by a researcher to be in the show! Initially I thought it would be an amazing opportunity to see what options were out there. However, when I thought about it more, I asked myself some questions. Why has this person, who contacted me off the back of an article where I say I am very happy and confident with my birthmark, assumed that I would want to get rid of, or cover it up?

“So, having now watched the series it looks as though they just provided short-term help and I can only hope that they actually continued any treatment or provided emotional and physical support that the people involved may have needed at the time and in the future.

“But none of that was mentioned, and for viewers who might have found the content triggering, I couldn’t find any links to support pages. I thought that was quite unusual for the BBC as they do have a support and information section.”

Eleanor says: “I think the interactions between the participants and clinicians were filmed in a sensitive, respectful way.

“The conditions shown can have a huge impact on people’s lives, and it really makes a change to see visible differences talked about in the media at all, even if it is from the angle of trying to get rid of or cover up things like birthmarks and other skin conditions. Many of the conditions they focussed on are pretty common and should be normalised on TV much more than they are.”

Olu says: “There were some positives. I think some of the treatments shown may be very beneficial for those who have the same conditions to know about, but for me, it lacked any depth.

“I’d like to think the show was made with good intentions, [but] ultimately for me, I can imagine if I was younger, watching that show, I’d probably become more self-conscious, and instead of accepting my differences I’d probably be desperately finding more ways to ‘fix’ it, which could become damaging long term.”

Eleanor and Olu say: “In the future we’d love to be able to review a creative programme, not a documentary or ‘real life’ series, from the BBC, with characters who have a visible difference. That does not even need to be the storyline! Millions of people have marks, scars and conditions but they are rarely seen on screen, and so often if they are, it’s from a negative angle.

“And we’re going to encourage the Skin team to signpost people to places for support and take some care of their viewers.”

Starring an actor with a visible difference, the film tells the story of a burns survivor, in a nuanced and beautiful portrayal.

Changing Faces is launching a new Wonder-related toolkit for schools to help teachers support their pupils and reduce appearance-related bullying.