I’d only recently joined Stewarton Netball club, in Glasgow, when I was roped into doing a Kiltwalk with a few of the members. Historically, the club have been very focused on raising money for a different charity each year. Since their inception, they’ve raised over £50k for a variety of causes. Given it’s a small team, it packs a mighty punch.

The team soon won me over, and I decided to sign up to the walk. Our team hadn’t picked a charity by then, but I wanted to walk for Changing Faces – regardless of which charity they were going to pick. Alongside being a Trustee for the charity, Changing Faces is a cause close to my heart. I was born with a birthmark on my right cheek and my parents were put in touch with the charity for support when I was a baby.

Luckily, when I shared my wishes with the team, it was easy to win them over, and Changing Faces became our charity of the year.

Training-wise, I would get up earlier and do an hour’s walk in the morning and evening. I’m quite active, but I have a desk job, so I had to prioritise walking around this. 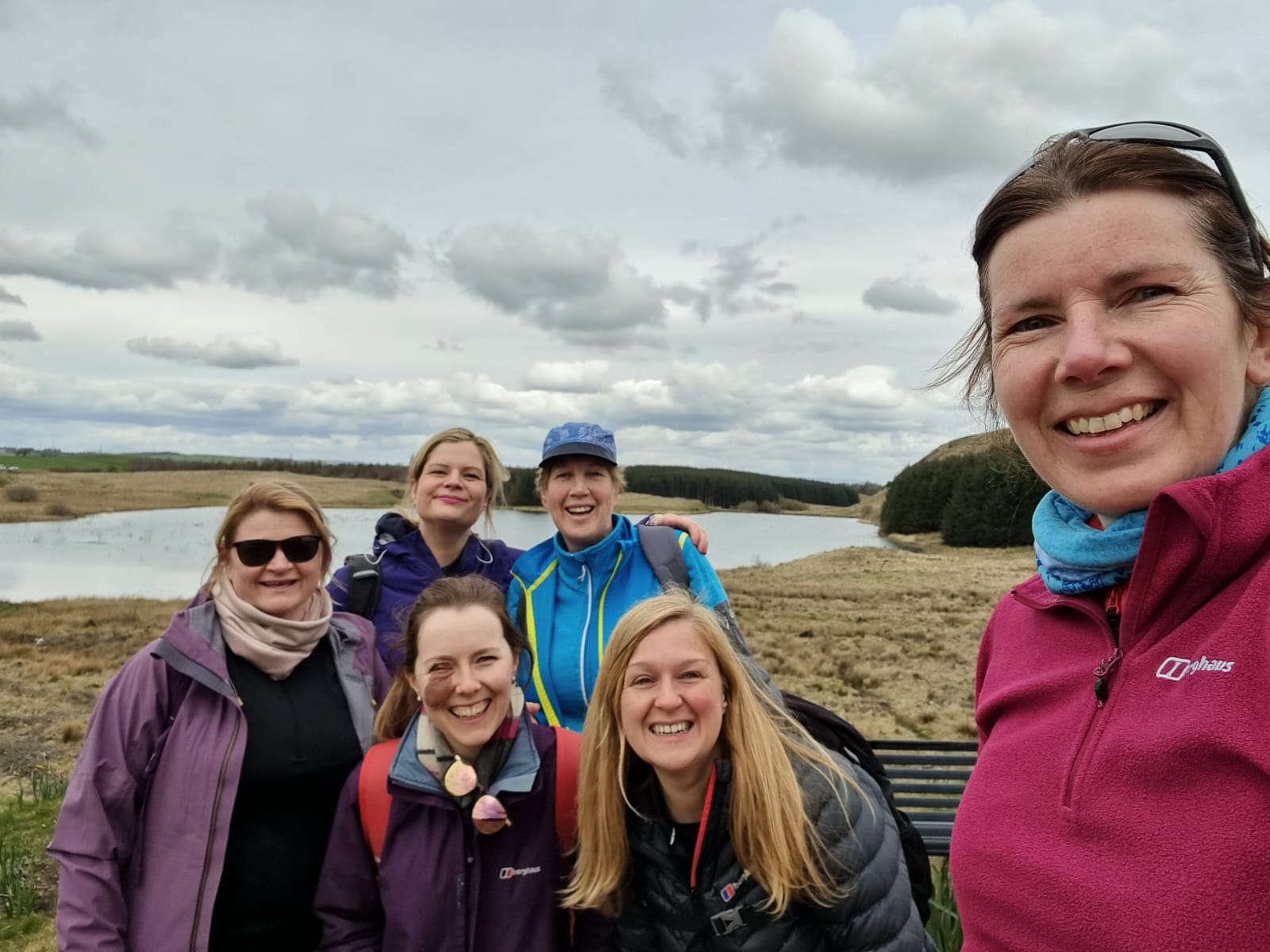 Monica recommends doing a training walk of at least 16 miles

On 24 April, our group of eight, along with 10,000 other kiltwalkers, stepped out into the sunshine to walk for their chosen charity. There were three walks of varying distance to choose from. We chose The Mighty Stride – 22.7 miles, almost a marathon!

We walked from Glasgow Green and finished at Loch Lomond. We mostly followed an old railway line and walked along canals. It’s such a beautiful part of the world and the sun was shining down on us all day. Some of the scenery we saw was breath-taking and I pinned a few places on my google maps to return to.

The Mighty Stride split us into three different time slots, and we even had a fun warm-up with someone from our local radio station to get us all going. Arriving at the event, we saw lots of people walking for charities familiar to us. It was great to be supporting a worthwhile cause that was different to everyone else.

From the start, the atmosphere was electric. People were cheering us on for miles around. Train drivers were sounding their horns, cars were beeping us on, and little children would stop and clap. Along the way, there were two choirs singing – the Macmillan choir and a local rock choir. 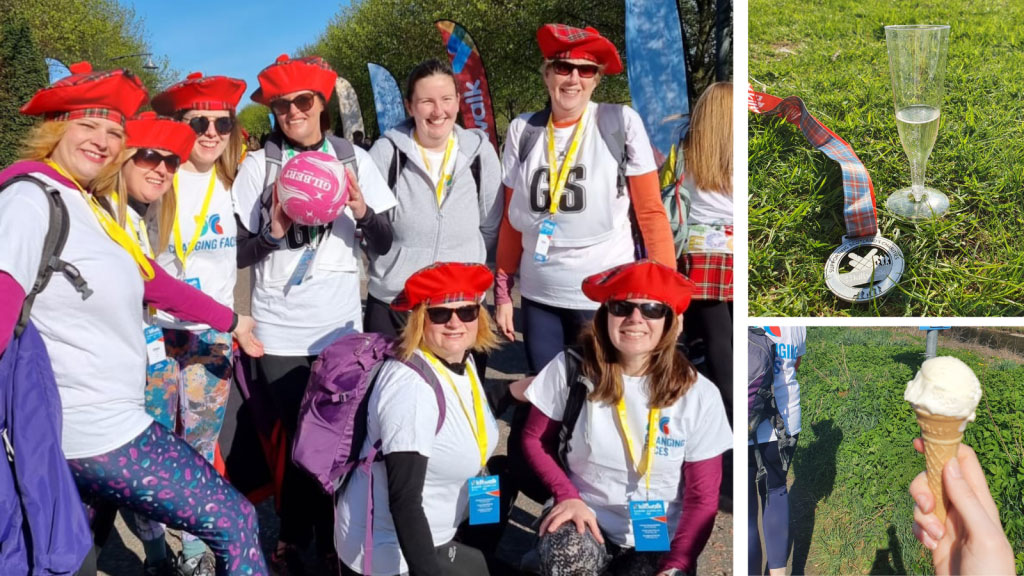 Monica and her netball team, after completing the 22.7-mile walk.

Two people in our team of eight were much faster walkers. We let them go in front and they stormed ahead. We ended up with two or three groups of us walking along and chatting, switching around as we went. It was nice walking this way, and none of us seemed to run out of things to talk about!

We met and chatted to lots of groups of people that day, which was all part of the fun. I even learnt a few tips. For example, somebody told me to sometimes walk backwards. I really recommend this! Walking backwards stretched my hips and I felt instant relief towards the latter part of the walk.

Don’t get me wrong – there were some tough elements of the walk. There was a point at mile 17, away from any residential areas, where I just felt hot and tired. I was at a real point of struggling when, suddenly, we approached a housing estate, and spotted an ice cream van! It was as if we were being encouraged to keep going!

The end of the race was fantastic. People were sitting down in large groups, enjoying the sunshine. There were free burgers and somebody brought a chill box full of prosecco. We sat in the sun, had a drink and celebrated our achievement before making use of the free sports massages.

Between the eight of us, we’ve raised over £2.5k – mainly by just sharing our JustGiving page. Sitting down at my desk on Monday was a big shock after walking for seven hours. But knowing we’d raised that much money had me on cloud nine. The walk has motivated me now to stay active and keep walking – no more excuses!

Join the next Kiltwalk

Grab your walking shoes, dust off your best tartan and fundraise for us. You’ll receive a free Changing Faces T-shirt to wear with pride.

Whether you’re an individual supporter, an employer or an employee, there are many ways you can fundraise to help people with a visible difference.

With help from our Support and Information line, Vikki learned how to respond to stares and questions about her child’s appearance.