I have a rare condition called Sturge Weber syndrome with the side effect of long-term epilepsy and complex needs. SWS is a neurological condition associated with a port wine stain — which for me is my forehead and upper eyelid area of one side.

I was diagnosed aged two, but when I was born my parents knew I was different due to my port wine stain. I had developmental delay as a child and when I was getting diagnosed, I stopped talking and had short term hemiplegia.

School started off fine, but when I was seven I had to change schools because they weren’t supporting me. I moved school with one other girl who ended up being my only friend throughout the rest of junior school. None of the other children accepted me. 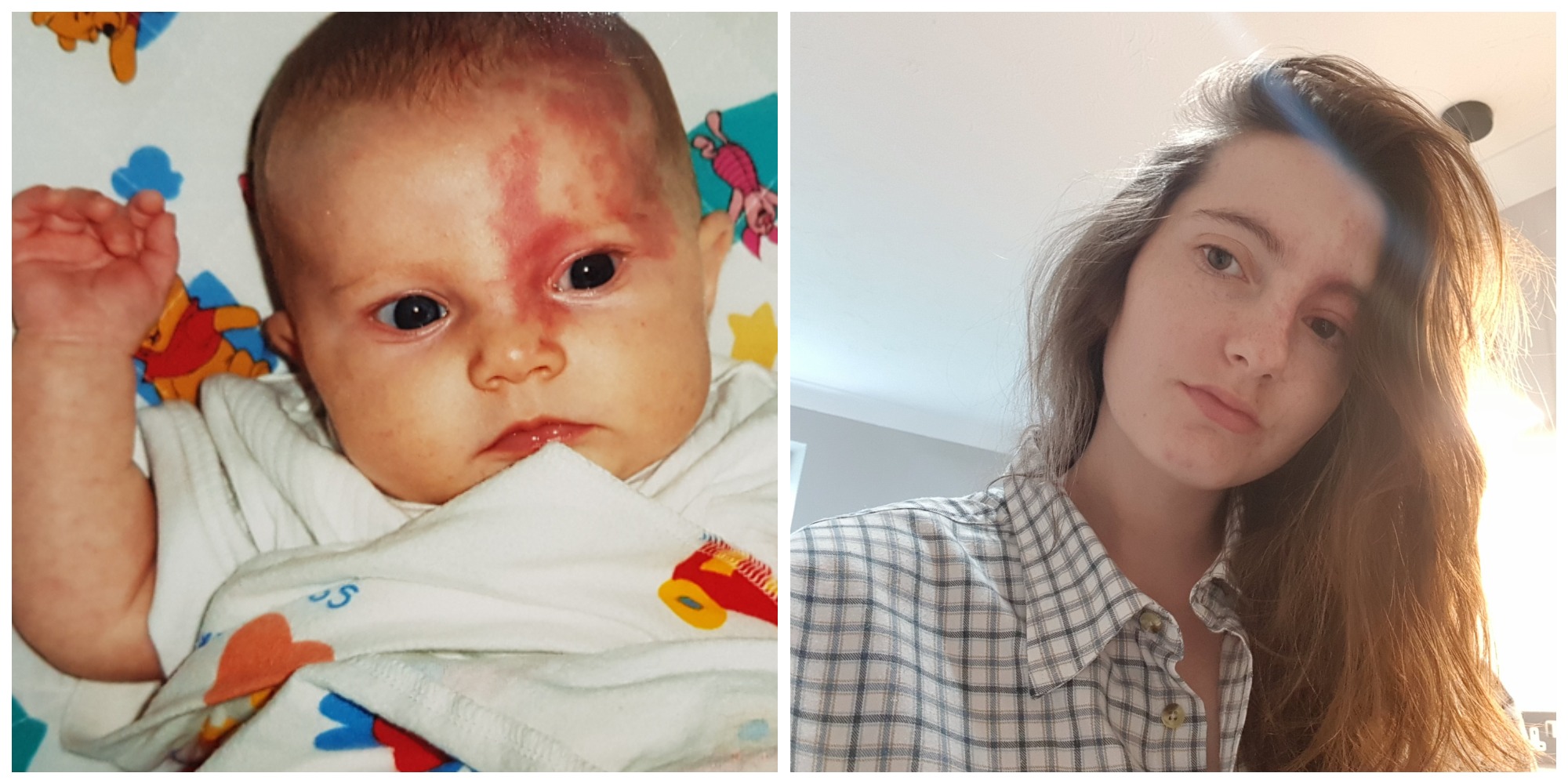 Megan had a difficult childhood due to others’ reactions to her visible difference; she now sees that the judgement was their problem, not hers.

It got worse when I had to walk into school for the first time having had my laser treatment. Everyone was staring, even some of the teachers. And when it came to looking after my skin I felt embarrassed because no one else had to apply oils or creams, or wear a sun hat. I felt like a joke. I ended up isolated. No one would talk to me except my brother and one friend.

I wanted to be invisible. I always felt like an outcast, that I was never going to fit in. So, from then on, I spent most of my breaks hiding in the bathroom or the woodland area – and when I could, with my friend helping out in the library. So, at a young age I developed high anxiety around any social situation – being fearful of being judged because I believed I had done wrong as no-one ever seemed to like me.

Health difficulties when I was a teenager meant I missed out on a lot of school, leading to home tutoring. But now my health is more stable and I’m hoping to do a pre-degree in art.

On a day to day basis my life is great now, but when it comes to going out in new situations I struggle with my self-confidence and tend to shy away or avoid going. I’ve got used to the fact that people will stare, especially when I have my laser treatment, but it doesn’t make it any more comfortable – and certainly doesn’t make it right.

I’ve noted people put up barriers – whether that’s out of fear or not being open-minded to listening to other people’s stories. We need to change. It’s time to have a new outlook on differences. I wish people could see there’s no need for conflict or casting judgment on others based on their appearance.

When I was younger, if I’d had friends with similar difficulties or experiences it would have made a massive impact on how I viewed my self-worth and reassured me I wasn’t alone. Now that I’m older I’m able to go out not bothering with make-up to meet with close friends on my own, with no fear of judgment from others. If only someone with a similar condition could have been around to tell my seven-year-old self that the judgment of others is their problem, not mine.

Amba, who has two birthmarks, gained the confidence to go makeup-free and now helps other teens with their visible differences.

Meeting people, moving schools, having conversations, using social media – these can be big worries if you look different. We share some advice to help you.