Back in the early 70s when I was nine years old, I was running into the house one day and I caught a pan on the hob with my arm, knocking boiling water all over myself. I spent a year at Alder Hey Children’s Hospital recovering from the accident, which left me with 365 stiches and first-degree burns to my head, arms, chest and part of my face.

I remember feeling like my face looked horrendous but still having to go to junior school. Somehow, I grew up not being too bothered by it. As I came from a big family, there was a sense that I should just carry on with things and not make a fuss.

In a way, this helped me to become more accepting of my visible difference because my family didn’t make a big deal out of it – though I recognise that it’s good that there’s more support available nowadays, and people can talk about what they’re going through.

At secondary school, I had a decent experience because I had a good group of friends. I found it was actually the teachers who would gossip, and I recall being told at the time I would amount to naught.

Sadly, there was no support for this kind of behaviour in the early 70s. But I recognised their crass comments for what they were, uneducated and just plain rude. I saw their behaviour as another motivation to prove them all wrong.

Well, I am now 58 years old and have had a long and varied career so far as a capital project manager for the NHS, and as a Royal Air Force (RAF) airman. My colleagues have always been respectful of my scars, particularly in the armed forces.

People have asked me questions and made remarks, but I always used these situations as an opportunity to educate them. I think it’s important that people out there understand that just because someone look different, it doesn’t mean they’re incapable of living a full and happy life. 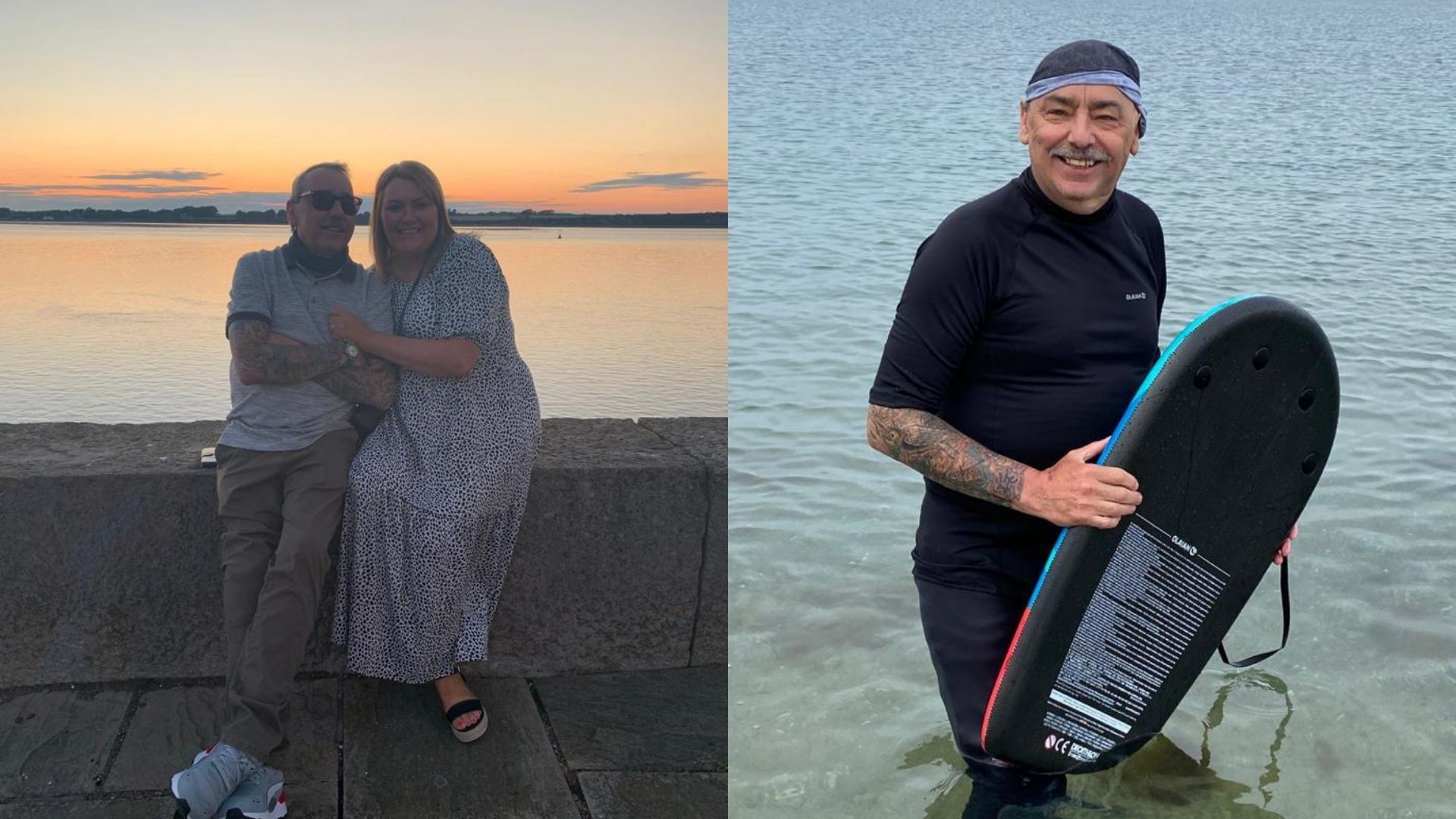 Graham sustained burns to his head, arms, chest and part of his face when he was nine years old.

I still work in project management today and have a lovely wife, with whom I celebrated 30 years of marriage not too long ago. I have two children, my son is an engineer, and my daughter is a police officer. I am very proud of my family.

To young people out there who have a visible difference like myself, I’d like to say that your only limits are those you place upon yourself. I have achieved great success in my life, so I encourage you to pursue your ambitions with everything you’ve got.

I have refused to be held back in any way. My scars are still visible, but I genuinely forget I have them most of the time. As I have gone through my life, I have always tried to not be upset by the ignorance of others.  Although I can hear the comments, I just smile and think about how great my life has been and still is.

And so I say this to all the other people out there with a visible difference: Your true friends and family will always see the real you, so don’t worry about what anyone else thinks.  Remember to persevere in life with a broad smile, for I know that if I can succeed, then you certainly can.

Christine, who sustained burns at the age of three, tells us how pursuing her dream to be a performer started her on a journey towards self-acceptance.

Burns survivor Tulsi uses her experiences to help others, and wants better representation of people with visible differences.