I got burnt at the age of 3. My sister and I were arguing over a photograph that was on the fireplace mantlepiece, while my mother was busy bathing our younger brother. I remember reaching for the photograph, hearing a lot of screaming and then waking up in a white room with huge windows. I had third degree burns on my face, arms, body and thighs.

At school, I had a few friends, but I got bullied a lot. It made me want to hide away. I used to sit at the back of the classroom in the corner because I felt that was where I could disappear. In the playground I would find a secluded spot and read fantasy books.  That was my way of escaping reality.

Whenever people made hurtful comments, I would run away and find a place to hide and cry.  I never cried in public because I never wanted to let people know how much it hurt.

My favourite subjects at school were art, drama and music. I wanted to be a singer and an actress, but I just wasn’t confident enough.

When I told my mother about my aspirations, she replied: “You don’t see anyone with scars in acting or singing. What are you going to do when people stare at you?” That crushed me.  When there were auditions for school plays, what she had said would constantly run through my mind, so I volunteered to help backstage instead. That way, I could watch from the wings and fantasise that it was me on the stage.

When I finished school, it was hard getting a job. No one wanted to hire me because of my scars. The application process was fine, but I had a lot of negative experiences with interviews.  I would walk into a room and I could see the look on people’s faces. Some looked horrified, shocked and some were actually speechless.

My mother eventually encouraged me to get into psychiatric nursing. It was not what I really wanted to do, but I learned a lot about human behaviour, and it helped me build my self-esteem and confidence. 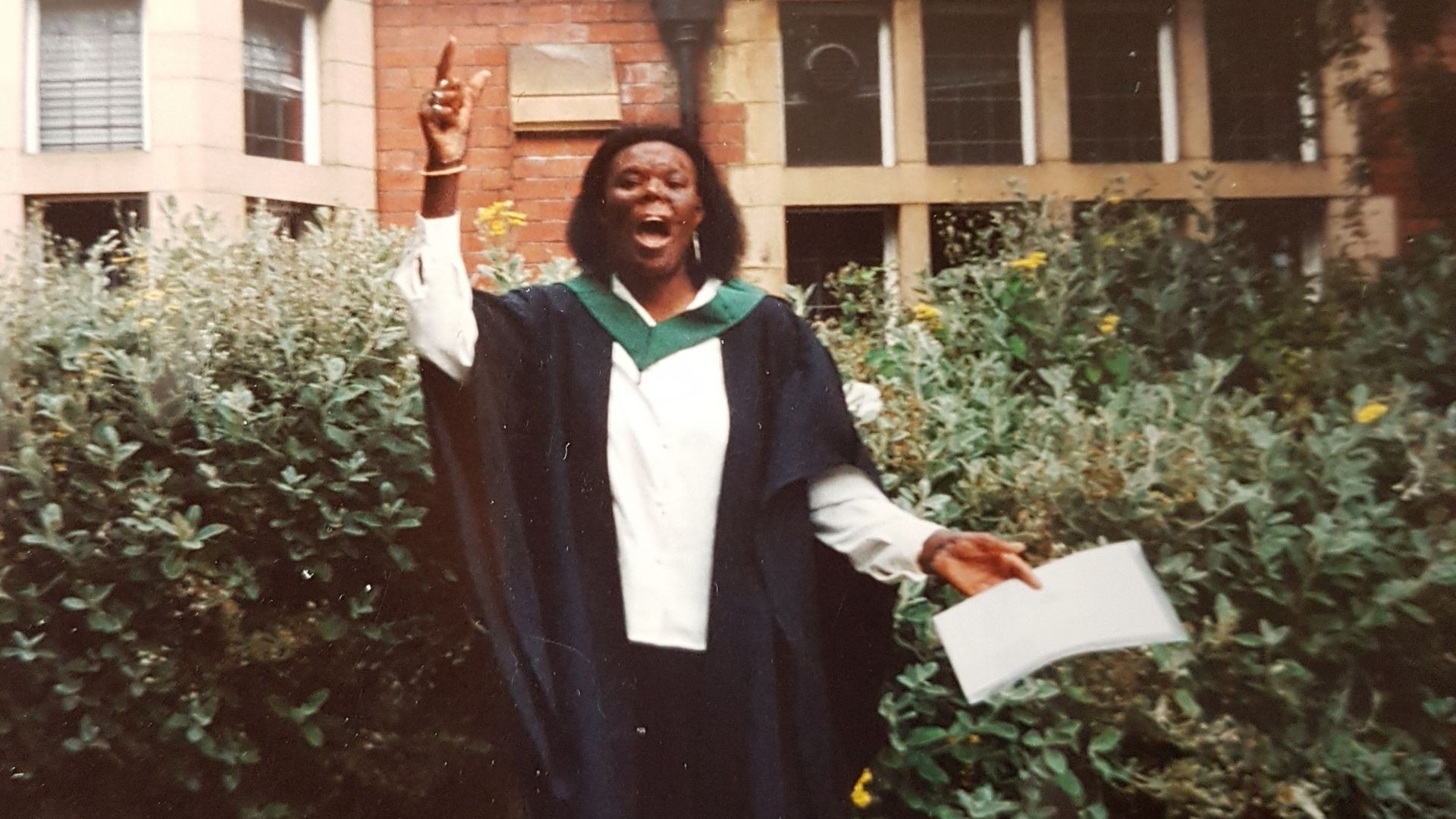 Christine trained as a psychiatric nurse and then went on to study contemporary dance.

After I qualified as psychiatric nurse, I felt a strong need to pursue acting because of my newfound confidence. I also thought I would hugely regret it if I didn’t try to follow my passion.

I initially studied drama at college, but I soon transferred to contemporary dance. That’s where I truly soared. Most of the girls in my year had been dancing from a young age.  I never had classes and my teacher was amazed how quick I learnt choreography. I do not know why but something inside me just came to life when I danced.

My peers reacted completely different to me once they saw me dance. I began to get invited to social events a lot more, and I made some great friends.

After university I went to visit a friend in Germany for a two-week Christmas holiday. He asked me to stay on and go travelling with him. I always wanted to travel but never had the courage to do it on my own. I had finished university, so I thought why not stay for a while. Before I knew it, those two weeks turned into fifteen years.

They were the best years of my life.  I felt like I had finally found where I belonged. People seemed more open minded and less judgmental about my appearance. They accepted me for who I was. I felt at home there with my new friends who became family to me. I pursued a career as a singer and eventually married a German musician.

I’d had some very difficult and upsetting experiences with men previously, and I’d resigned myself to the fact I would never find love, get married or have children.

But things were different with my husband. For the first time, a man held my hand in public and he was not ashamed to be seen with me. He introduced me to his family, and they welcomed me with open arms.

Unfortunately, he made some new friends who were not so understanding and that – amongst other things – brought an end to our relationship after seven years.

After my divorce, it was difficult raising the children on my own mainly because of the language barrier. I could not help my children with their homework, so I decided to go back to England with my three beautiful children. They are all grown now. 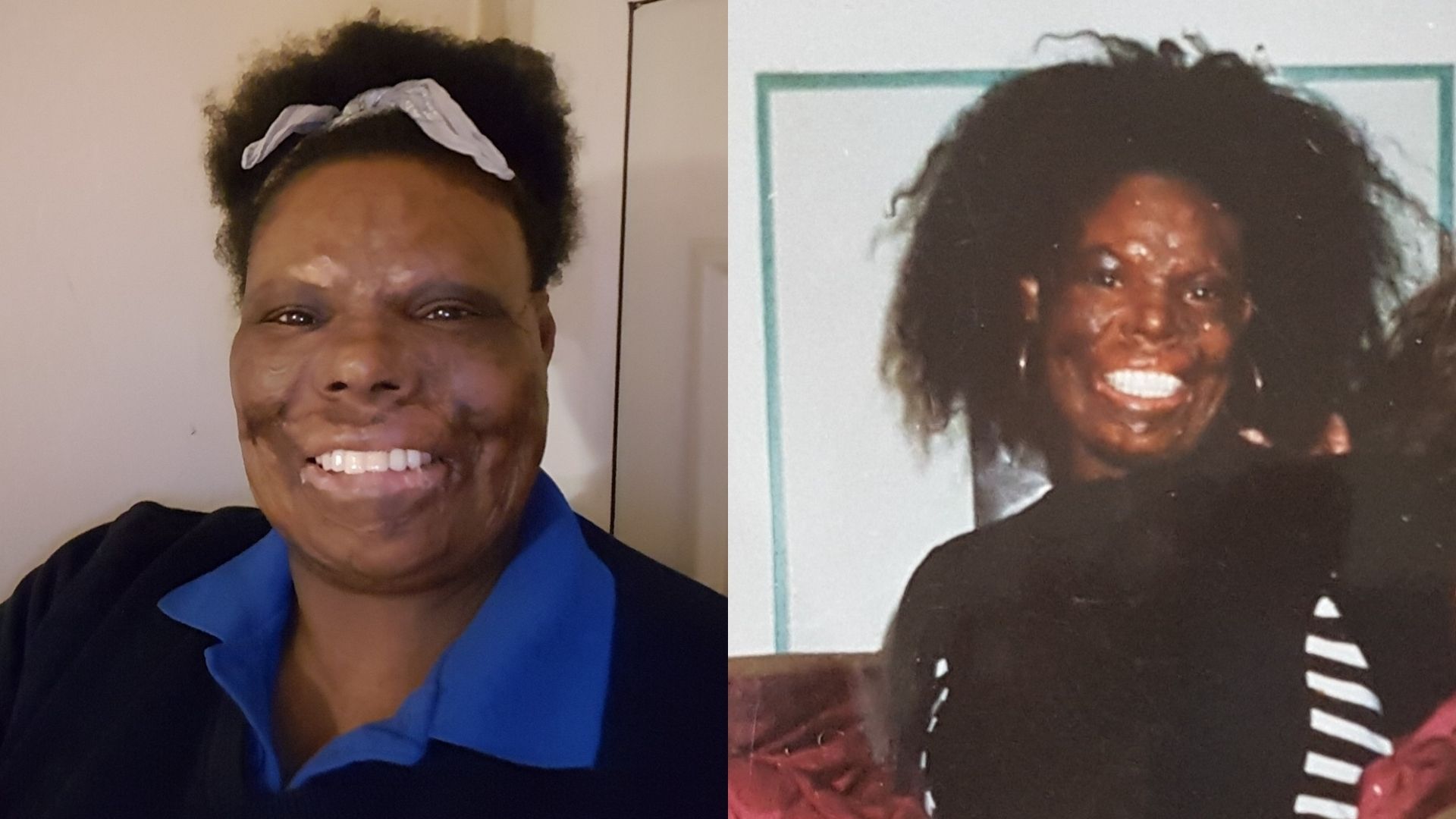 Christine sustained her burns in an accident at home when she was 3 years old.

I found Changing Faces online during the pandemic, and I thought the charity was amazing. If only they were around when I was growing up, I would not have felt so alone in dealing with my scars.

I did have counselling was when I was 21 years old to help me adjust to living with a visible difference. I felt so angry at the time because I’d found out that I couldn’t have surgery to improve the appearance of my scars – which my childhood doctor had told me would be possible when I was younger.

Sadly, the counselling sessions just made me feel worse. The counsellor did not really listen to me and was condescending. It felt like no one knew how to help me.

From the stories that I have read on the Changing Faces website I can see that the support they offer would have really benefitted me.

It has been a daily battle to hold my head up and smile at people who constantly stare at me.

My main strategy has been sarcasm and humour that usually gets me through the day, but it is exhausting pretending to be in a good mood when I’m not. I work in retail so there is no escaping the stares.  However, my work colleagues are great. They accept me for who I am.

Some days I can deal with it better than others. When I find things tough, I contact some of my friends who are wonderful at helping me maintain a positive mindset. I also put on some music and dance and sing around the house to cheer myself up.

Lockdown has been a wonderful respite from dealing with all the laughs, the finger pointing and staring. I try not to leave the house if I really don’t have to.

I started a counselling course because I wanted to help people with visible difference who may have been through similar experiences to me. It would be awesome to know I had made a difference in someone else’s life or even just brightened their day.

I would love to get involved with Changing Faces, so I can help people become more aware of what it is like to live with a visible difference.

Crystal talks about studying at LAMDA drama school and why it's important that actors with visible differences get the chance to play more diverse roles.

Burns survivor Catrin, 25, came to terms with a life-changing accident and is now a Changing Faces ambassador and an Avon model.

Comments, questions or staring from others can feel intrusive and be difficult to cope with. Here are two tools to help you handle unwanted attention.