In February 2020, I began a course in counselling skills, as I was looking to make a change in career. Three months into the course, I suppose I had a ‘light bulb’ moment, in that I was beginning a new chapter in my life. 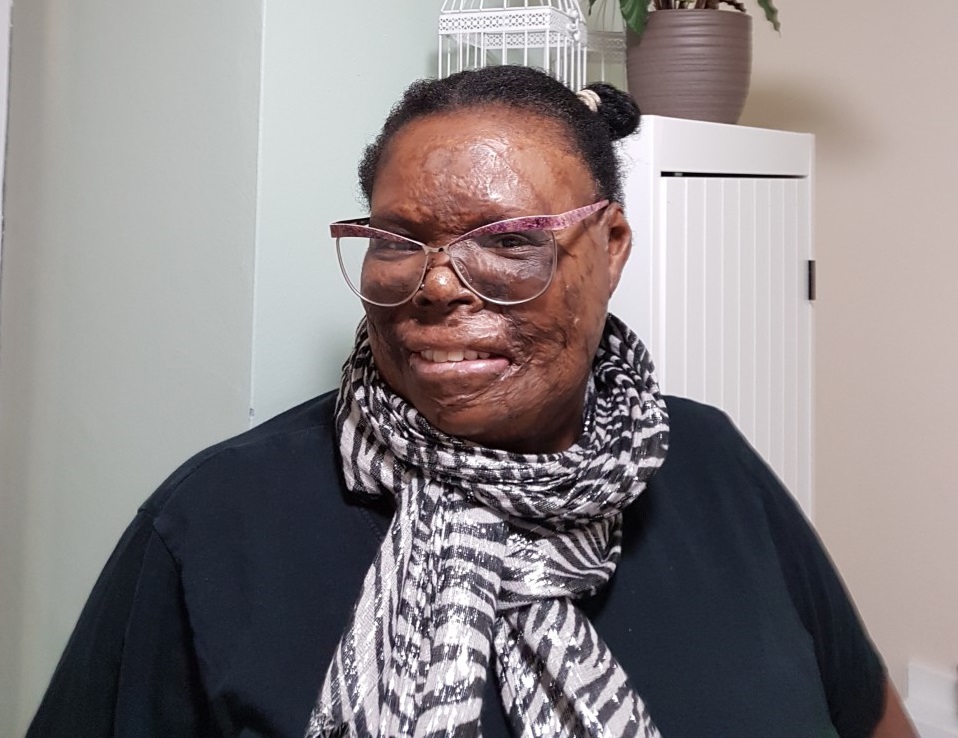 I tended to go on the defensive because of my past experiences. I judged people a lot. It was my way of protecting myself from the stares and hurtful comments.

When I came across the Changing Faces website and read some of the visible difference stories on there, I felt like it was the first time I could relate to these other people and so I thought maybe it was time that I shared my story. It seemed that talking openly about a visible difference today, is a lot easier than it was when I was younger.

In my younger years, subjects like this were ‘swept under the rug’ so to speak. Pushed to one side, ignored, and forgotten – and I believe that is how I used to look at myself too.

When I began an assignment on self-love/care, I realised that I had always put myself last. I grew up thinking that making time to look after myself was selfish. But over the years I’ve learned that looking after yourself is not selfish at all.

I began to wonder, how many people in a similar situation to myself have felt that looking after themselves was wrong? Maybe they would benefit from hearing about my experiences?

I never talked about how I truly felt about myself for years. I never truly pursued my dreams because I was not confident enough. There were never any positive role models out there. I was taught by society to hide in the background. Well, I wouldn’t hide anymore.

At first, I had some reservations. Do I really want to put myself out there in the public eye? Do I want to let complete strangers into my life? I’ve lived my life with scars since I was three years old, so what would telling my story now achieve? Do I really want to dig up all those hurtful memories that I buried so long ago? Then I talked to some family and friends, and they all encouraged me to tell my story.

I would write a few paragraphs and then leave it for a few days. Digging up all those past hurts was not easy. Memories of things I had buried deep inside came flooding back. It was scary to open up emotionally about my whole life. My children were very supportive though.

It did take me a few months to finally finish it, but thanks to Changing Faces, we got there in the end. It was explained that they would share my story on one platform at a time and, if I felt at all uncomfortable, I could change my mind at any time.

Before my story was published, I was very nervous about going ahead with it. I needed time for it to sink in, that I was sharing my story with the world. Once it was out there, there would be no taking it back.

It took a couple of months for me to finally give the go ahead – I had no idea what reception I would get.

I was very surprised at all the positive comments that I received. The highlights for me were the comments from my dearest friends – how they thought I was an inspiration and very courageous for sharing my story.

My visible difference is not a subject that I usually discuss with family and friends. They accept me for who I am, it is not an issue. If they ever want to ask me questions, they know they can.

But since I’ve been involved with Changing Faces, I’ve been part of a peer group chat session and met quite a few people with visible differences. I’ve also made connections through the campaigners programme, which I am so glad to be part of. It is really nice to not feel alone anymore and be part of this wonderful community.

Christine, who sustained burns at the age of 3, tells us how pursuing her dream to be a performer started her on a journey towards self-acceptance.

Real stories help us reach more people from across the visible difference community. If you have a story to share, we’d love to hear it via our form below.