I was born with a condition called amniotic band syndrome resulting in a cleft lip and palate, missing fingers, clubbed feet and limited vision in one eye.

Although the many surgeries and treatment in my childhood were exceptionally difficult, I was naturally outgoing and confident in primary school so enjoyed many social activities. My parents were always keen to get me out and about and never hid me away or wrapped me in cotton wool which has stood me in good stead, as has being strong-willed and, dare I say, stubborn on occasion.

However, as a family we never spoke about my differences; it was a taboo subject. I think it was a mixture of wanting to protect each other but also not having any sense at all about how to raise such painful issues. 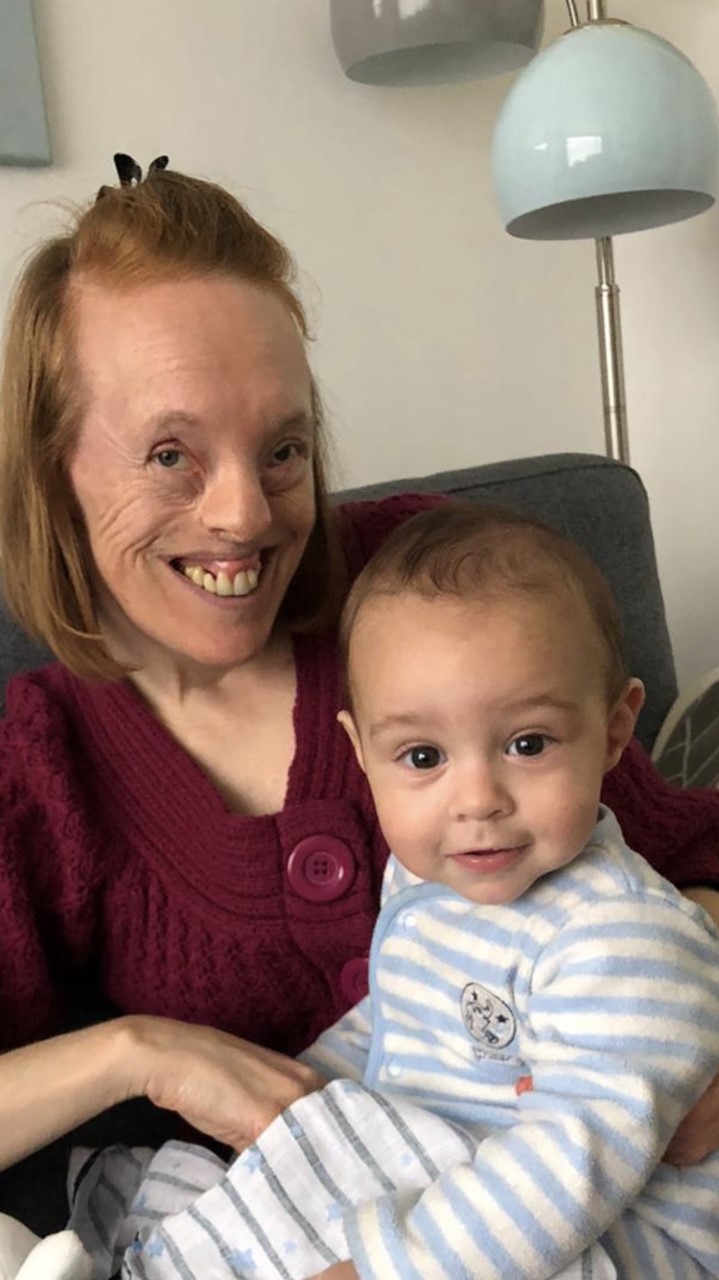 As a child and teenager I deduced from my family’s silence that no-one would ever wish me to speak about looking different, how to handle stranger’s reactions or my significant anxieties around surgery. Surgery was very difficult for me; the anaesthetic made me extremely ill and as a child, I didn’t have a say and felt I was on a conveyor belt of treatment. I very much felt I had to put up and shut up and it was not a good time.

Alongside this, I was ostracised at secondary school by people who I thought were friends and it was so bad that at age 12, I tried (twice) to take my own life. Thankfully (and obviously) neither attempt worked and in time, I found another group of friends who accepted me.

My confidence slowly began to recover, which meant my social group widened and I went on to study for A-levels so I could go to university. However, looking back, I realise that I had still not broached the ‘looking different’ conversation with anyone – I had separated my face from my identity and had become entirely phobic of surgery.

I don’t think anyone realised I’d pushed all these incredibly difficult issues away – not even me at times. On the surface, I was confident, sociable and often smiled at staring strangers to ‘break the ice’… no-one taught me these things so to others, I’d seemingly worked through any difficulties.

I enjoyed university life and subsequently travelled independently across Australia and New Zealand which was a brilliant experience. Upon my return, however, a significant catalyst meant I had to grasp the nettle. This catalyst for change was the pursuit of a health psychology qualification. I deliberately chose a course that incorporated the topic of visible difference so at some level of consciousness I must have wanted to explore these issues, albeit in a ‘removed’ way, via academia.

Rather inevitably however, when suddenly immersed in a culture where it was acceptable and encouraged to talk and write about visible difference, I was no longer able to hide from myself. My ensuing emotional reactions were immensely powerful and cut deep. Letting go of the well-rehearsed, protective mechanism of projecting myself as someone who wasn’t different in any way, shape or form, was, for a time, catastrophic.

I felt isolated and on display, terrified I would be asked to talk about appearance issues. I started counting the number of times I was stared at. Suicide ideation returned. My difference, although always evident to others, was newly noticeable to me and I started to reflect upon my family and hospital experiences.

A fuse had been furiously lit within me and I knew my perception of myself and my past was changing; I was powerless to stop it. I realised I couldn’t continue to separate myself from my difference–it was a significant part of my identity. I reached out for support from friends, family and professionals who all answered the call.

At long last I had to “face” my appearance, what it meant to me personally and within society. It was a turbulent time but several years of therapy alongside learning about how to tackle societal inequalities enabled me to work things through; there was much to uncover.

Fifteen years on from finding my voice, I’m happy and settled in a lovely city which I also work in and have an amazing network of people around me. I recently gained a PhD in Applied Psychology, am a Chartered Psychologist and remain proud of these achievements.

Travelling remains a passion, as does dancing and interior design (oh, and a bit of modelling on the side!) I have learnt to be a strong self-advocate, particularly in clinical environments, where I am now able to fully articulate my needs. I strive to work towards more positive relationships with NHS professionals; I am no longer passive and ideally enjoy a partnership with clinicians in which we are both equal and both experts.

There is no doubt that looking different can be challenging, but I wouldn’t change my appearance as I wouldn’t be me anymore, and I’ve come to quite like me, all of me.

Against the odds, Rhona, who has a cleft lip and palate, became a singer. She now helps people with visible differences feel comfortable.

Florence faced plenty of difficulties in school due to her ptosis, but now sees how her visible difference has made her stronger.