I have a rare bone disease called fibrous dysplasia which is pushing one of my eyes lower. I had a big operation when I was seven. I’m 13 now and will have to have another operation one day.

I get stared at and have had people call me names, like wonky donkey. I’ve not let these things stop me in doing what I love in my life which is acting, singing and dancing.

I still go for auditions and do feel a little more nervous as sometimes people will look at me just that bit longer than normal. I’ve played Lavender in Matilda the Musical in the West End, and did the Sainsbury’s Christmas advert. 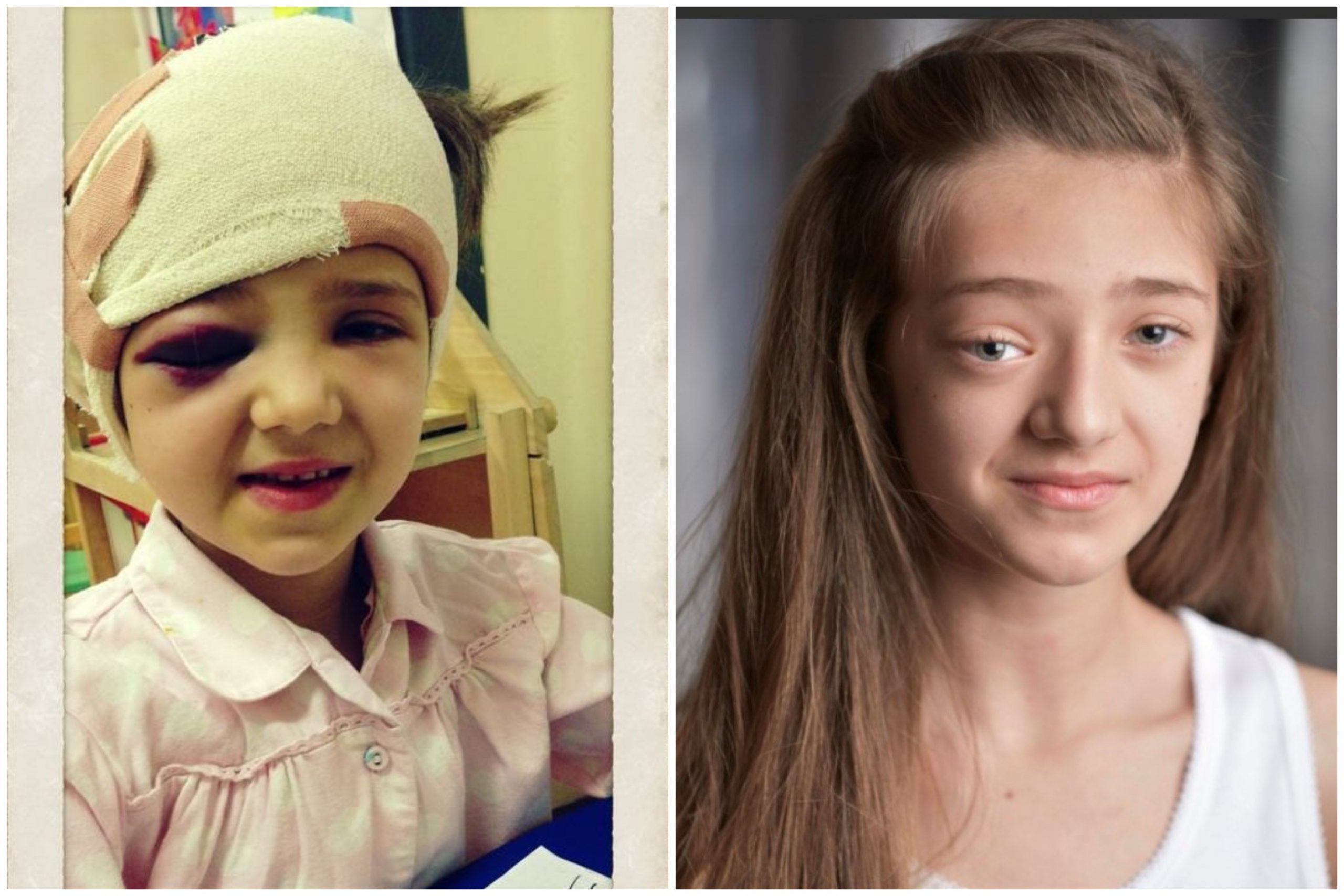 Lottie is 13 years old and from Tunbridge Wells.

I just want to keep acting and showing people just because you look different it shouldn’t ever stop you from going for what you want in life. I’ve got brilliant friends who stick up for me when things get a bit tough! I would rather people spoke to me and asked why I look like I do so I can explain to them rather than whispering and pointing.

Growing up is difficult for most people, but it can be even harder if you look different. Our guides are here to help you with the challenges you might face.

It can be difficult if people say hurtful things about the way you look. Here are the best ways to react.

It can be upsetting when you notice people staring at you. We look at why people stare and how you can cope with it.