Hello, my name is Abbie, and I’m 18 years old. When I was a baby, a small red dot appeared on my top left lip. Over time, it grew rapidly until it became the size of a golf ball, blood red in colour. I had developed a haemangioma, which is a benign vascular tumour formed from the proliferation of blood vessels, commonly referred to as a “strawberry mark”.

As a toddler, I found it very difficult to eat as the growth was so large. At the age of four, just before starting primary school, I had my first craniofacial reconstructive surgery to remove the bulk of the haemangioma. This was followed by several other operations during my late childhood and early teenage years. 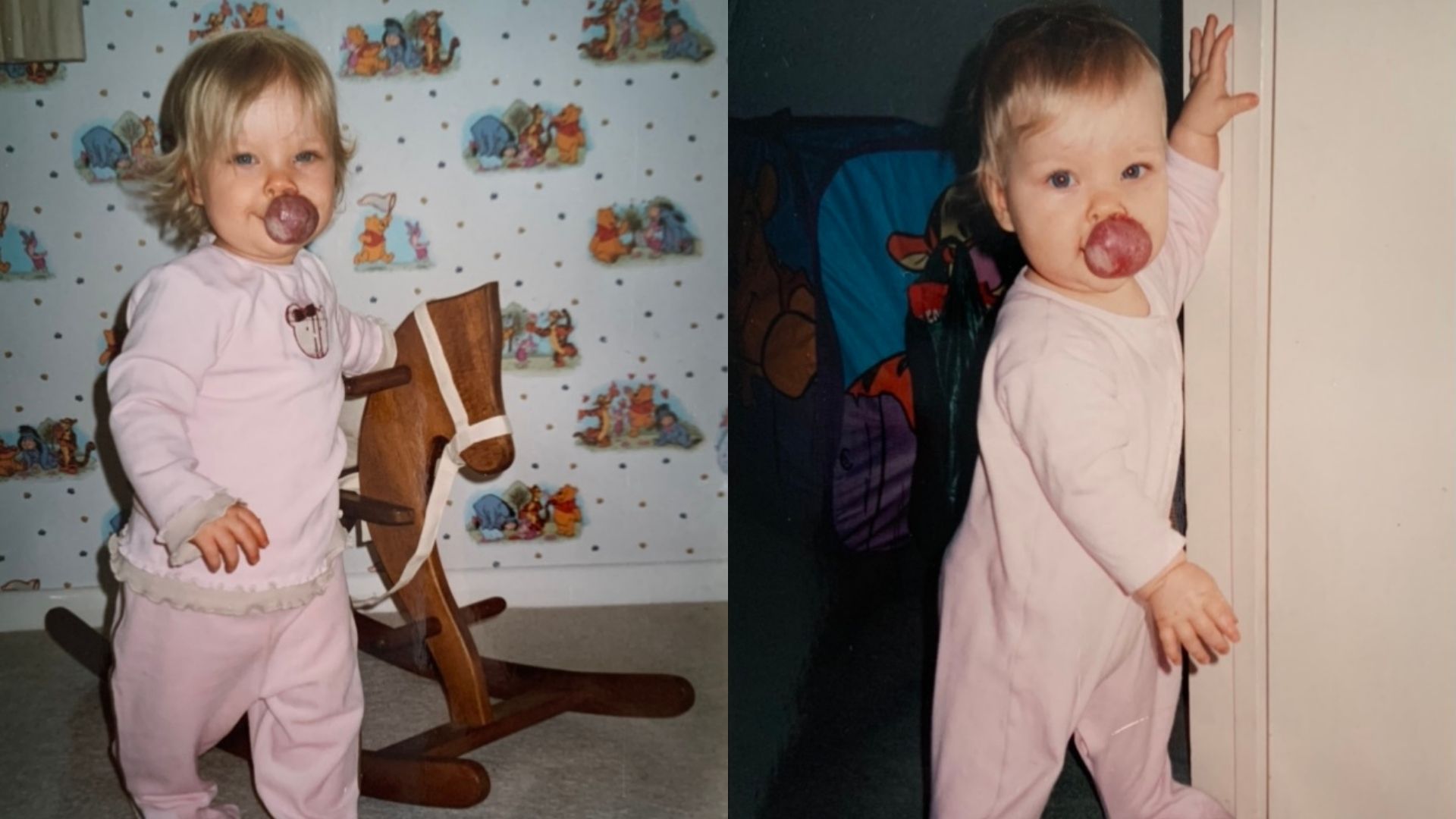 Shortly after her birth, Abbie developed a haemangioma – a benign vascular tumour or formed from the proliferation of blood vessels.

After my surgeries, I was left with a visible scar and facial asymmetry which I was very self-conscious about. Although I was pleased that the heavy mass had been removed, I had to regularly deal with stares and people making comments: “What’s wrong with your face?” “You’d look so much prettier if you didn’t have your scar,” “You’re ugly.”

My self-confidence was hugely affected. The name calling got so bad that I didn’t want to go to school. I started finding it extremely difficult to look at myself in the mirror, and when doing so, I would make the room as dark as possible.

I also found it very challenging to look at myself in photos or go out without make-up on. I gradually started leaving the house less and less for fear of being judged. I developed really bad anxiety at school, so I didn’t want to ask for help in class or put my hand up to answer questions because of the attention that would be drawn to me.

Whenever someone made a nasty comment at school, I would come home and cry for hours. Looking back, it upsets me how horrible some people can be, making someone feel so terrible about themselves, but now I realise that their comments said a lot more about them than it did about me.

I felt very alone because I had never seen anyone else who looked similar to me, either out and about or online. My low self-esteem started affecting my ability to go about my everyday life, so my family and I thought it was best to seek professional help.

After several sessions with a psychologist and therapist, I have now become a lot more confident in my own skin. Although it is still difficult, I can now look in the mirror and also feel more comfortable socialising, a position I never saw myself being in a couple of years ago.

When I was younger I can remember taking comments from others really personally, and I convinced myself that what other people were telling me was true. However, understanding what motivates people to make comments makes it a lot easier to deal with now. 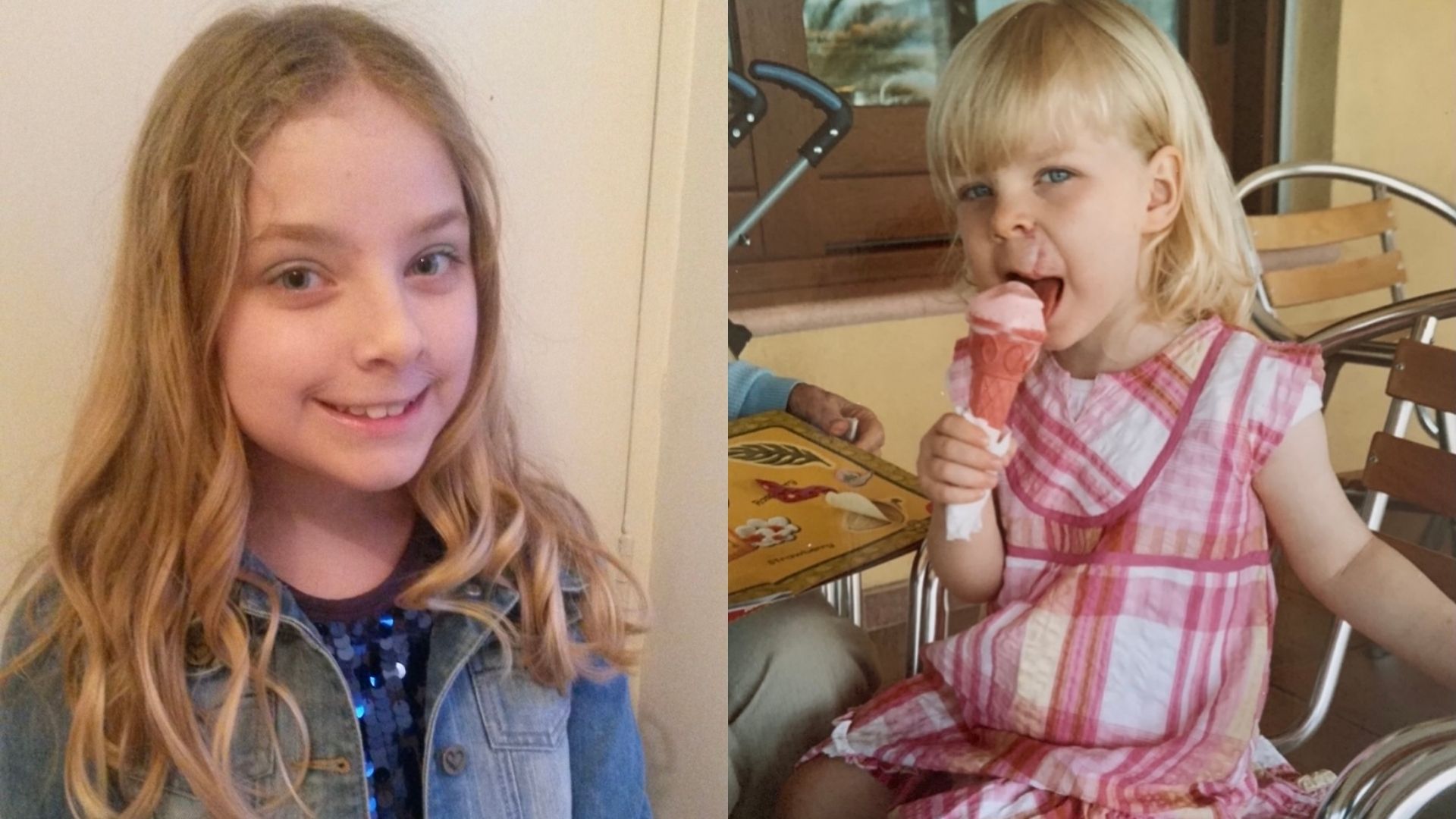 Abbie says her therapy sessions helped her become more comfortable in her skin.

I have now learnt that people tend to pick out other people’s flaws just to disguise their own insecurities. Writing down my thoughts helps me handle any negativity and talking to a friend or family member makes me feel really supported.

Don’t get me wrong, I still have off days, but it’s very important to remember that’s totally normal and nobody is perfect. I believe that confidence is the best quality you can have as it helps us realise our strengths and put our best selves forward to other people. My own experiences have inspired me to be there for others, and I hope that sharing my story will have a positive impact and make at least one person feel less alone about their visible difference.

Find out about our confidential, one-to-one social, emotional and psychological support sessions for people living with a visible difference.

Amba, who has two birthmarks, gained the confidence to go makeup-free and now helps other teens with their visible differences.