Our new research, carried out by Savanta ComRes, surveyed over 1,000 people with a visible difference and found that only one in five (20%) have seen a character who looks like them cast as the hero in a film or on TV. Even fewer (15%) have seen someone with a scar, mark or condition that makes them look different playing the love interest on screen. Yet nearly double (39%) have seen someone with a visible difference cast as the villain or ‘baddie’.

Three-quarters (74%) of those questioned think popular culture is changing to be more inclusive, but people with visible differences are being left behind.

People with visible differences also report long-term impacts from not seeing people who look like them represented in society and across popular culture. A third have low levels of confidence (34%), and three in ten have struggled with body image (31%) and low self-esteem (29%). A quarter (24%) say it has affected their mental health.

Catherine Deakin, Deputy CEO, Changing Faces said: “Living life with a disfigurement can be tough, with people reporting a daily grind of staring, comments and even abuse, just because of how they look.

“When you have a visible difference, you’re unlikely to see yourself represented in popular culture. That’s why we’re calling on the creative industries, from film makers to TV script writers, as well as brands, to join our Pledge To Be Seen movement. It’s important we all see more diverse and inclusive images and representations of people, including those who have visible differences, whether that be in a film, our favourite TV shows or in a fashion brand campaign.”

In 2018 our I Am Not Your Villain campaign won support from the BFI which committed to not having negative representations depicted through scars or facial difference in the films it funds through National Lottery funding.

In response to the research, and with the new Bond movie coming to local cinema screens, Changing Faces ambassadors created their own short film with iconic characters from famous movies played by people with a visible difference.

Actor and presenter Adam Pearson who stars in the film, said: “When the only character with a scar or disfigurement is shown on screen as the villain it’s perpetuating the use of an old-fashioned and outdated trope. We decided to show people that there’s absolutely no reason why someone with a visible difference can’t play the love interest or the hero.

“This isn’t about banning baddies from having scars or telling people not to enjoy a trip to the cinema, it’s about putting a line in the sand and saying now is the time to ensure other characters can be seen on screen with a visible difference too.”

Changing Faces’ campaigners have written an open letter to Barbara Broccoli and Michael G Wilson, who jointly control the Bond production company EON, asking to meet to discuss having a positive character with a scar or mark in the next film. 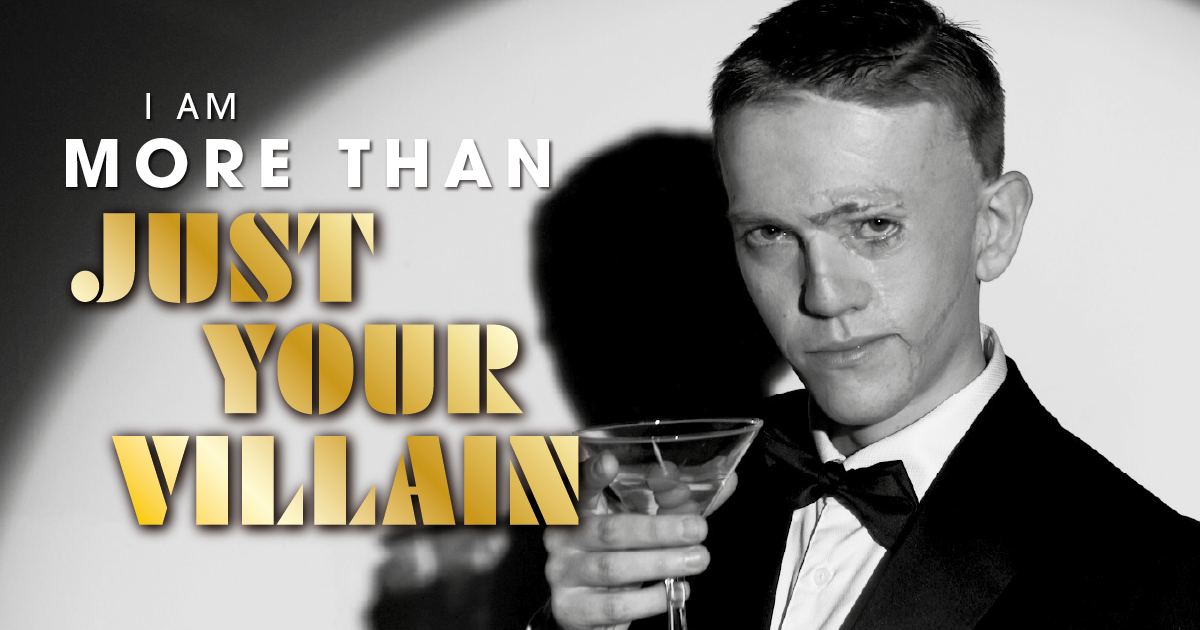 As well as asking people about representation in TV and film, the charity’s research found that not seeing a person with a visible difference in fashion and beauty brands as a teenager made almost two in five (37%) feel ugly and around a third felt excluded (33%) and isolated (32%).

If there was more representation of people with visible differences almost two in five (36%) say it would make them feel more confident and a third (33%) would feel happy.

Our Pledge To Be Seen campaign has already been backed by beauty brands like Avon which now feature models with visible differences in their brand campaigns.

Changing Faces campaigner Mikaela explains her thoughts about the use of disfigurements, scars, marks and conditions in movies as the new Bond film premieres.