We agree with the Committee that a lack of diversity in advertisements has a detrimental impact on mental health and contributes to poor body image. Changing Faces strongly supports the committee’s call for more diverse and representative images of people in advertising and agree that restrictions on altered images should be introduced.

We’re proud that our Pledge To Be Seen campaign, supported by brands including Avon and Sleek MakeUP, is leading the way on featuring more people with visible differences in advertising. We know there’s much more work to be done on advertising and are pleased to see the report challenge the current lack of positive representation.

Other recommendations that we support include that the government should:

For more information on the recommendations, read the full report Changing the perfect picture: an inquiry into body image (PDF). 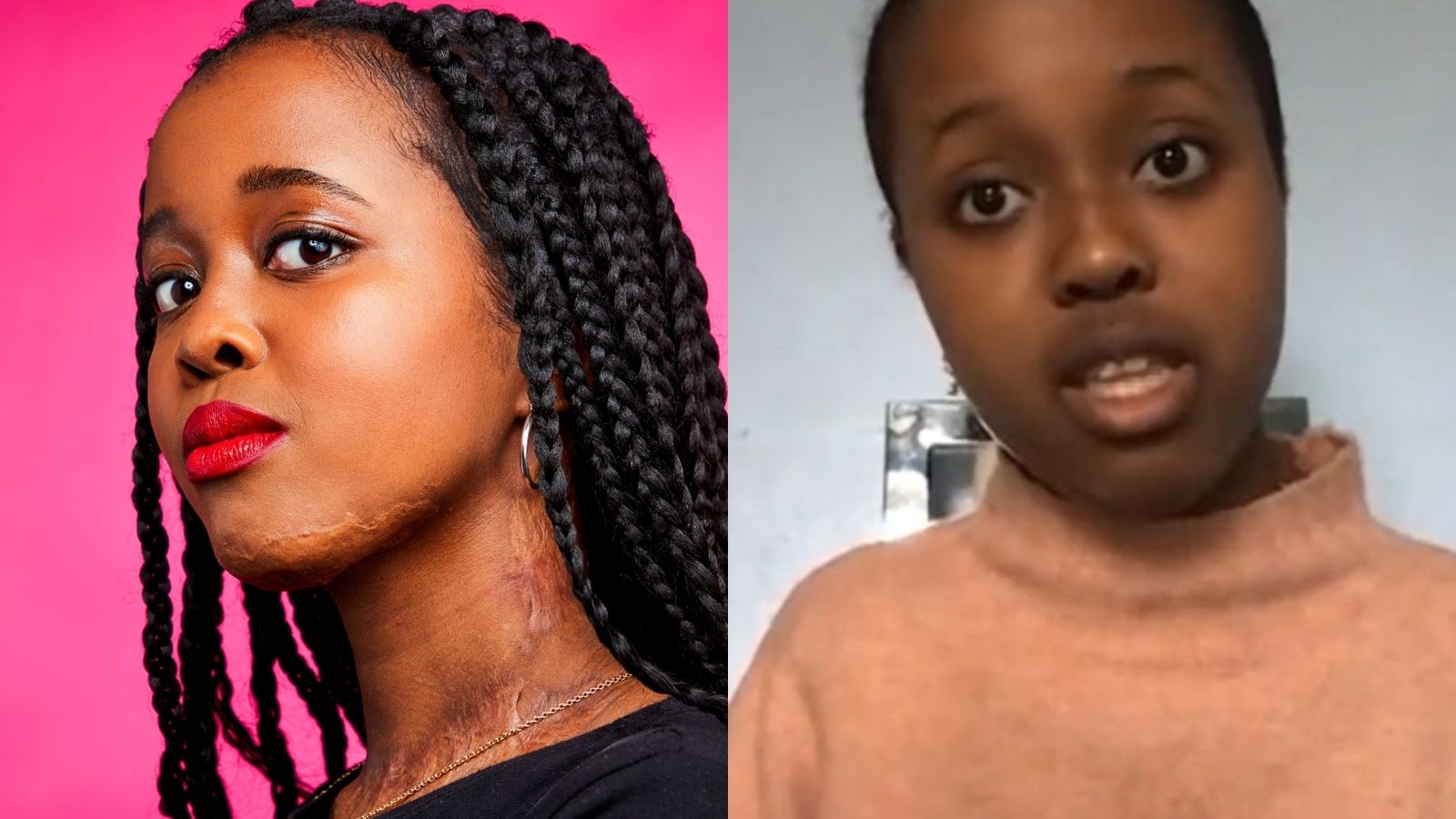 (Left) Our campaigner Tatyana featured in our Pledge To Be Seen partnership with Sleek MakeUP (Right) Tatyana giving evidence at the select committee inquiry session.

The report also recommends that organisations, including Ofcom, work directly with Changing Faces so that they better understand the experiences that people with visible differences have in online spaces, and across social media. We welcome the suggestion for our community to be involved in co-production workshops for creating processes like codes of conduct.

“We look forward to seeing Government take action on the recommendations in the report. And we commit to working with organisations, like Ofcom, to keep the voices of people with visible differences at the decision-making tables.”

As part of the inquiry, we shared our research and the views of the visible difference community in a written response. Whilst our campaigner Tatyana gave oral evidence at a select committee inquiry session, talking to the committee chair, Caroline Nokes MP and answering questions from a range of cross-party MPs about her experiences of living life with a visible difference. She discussed the impact that a lack of positive representation in the media and across popular culture can have on young people.

Changing Faces campaigner, Tatyana says: “Sharing my experiences at a select committee oral evidence session was daunting. But the MPs wanted to know about how having a visible difference impacted my self-esteem and feelings about my body image. As a burns survivor, I didn’t ever see anyone who looked like me when I was growing up. I was only ever seeing out-dated stereotypical images of ‘beautiful’ people. I’m speaking out now so no other little girl or boy feels isolated, alone or that they aren’t good enough, just because they have a visible difference.”

Tatyana was joined by our Deputy Chief Executive, Catherine Deakin, who sat on an expert panel. The committee heard about our Pledge To Be Seen campaign and the important work we’re doing with brands like Avon and Sleek to ensure that more advertising and marketing materials featuring people with visible differences are seen across the UK.

Sleek will be featuring three of our campaigners, Amba, Prisha and Tatyana, in their upcoming social media campaigns as part of our Pledge To Be Seen movement.