When I was pregnant with my second child, William, I knew that there was a slight chance that he may have the genetic condition Treacher Collins Syndrome due to family history. However, when we asked about this at the 20-week scan and in subsequent scans we were told there was no sign of the condition.

Yet, when William was born it was immediately obvious he had Treacher Collins. His eyes were quite slanted and very quickly we were told he had no ears. It was very scary as although he cried straightaway he then struggled to breathe and was rushed straight to neonatal intensive care. For the first few days we were just in utter shock.

William is nearly four years old now and looking back at photos from when he was born all I can see is a gorgeous baby but it has taken me a long time to get to this point. At the time it was all very scary and really hard to enjoy being a mum as William had so many medical needs and was hooked up to wires and machines.

At two weeks old he underwent a tracheostomy so that he could breathe safely which was a relief as I could care for him and be more involved. At this point I was staying with William in a specialist unit in Bristol and my husband Nick was looking after our daughter and travelling from Bath to see us.

It was so hard as our daughter Alex didn’t even get to see and hold William until he was three months old because of the risk of infection. The strain of being apart and looking after William was pretty unbearable at times. I was on my own a lot and William was having so many tests and there was so much I had to learn how to do. At the time I felt more like his nurse than his mum. 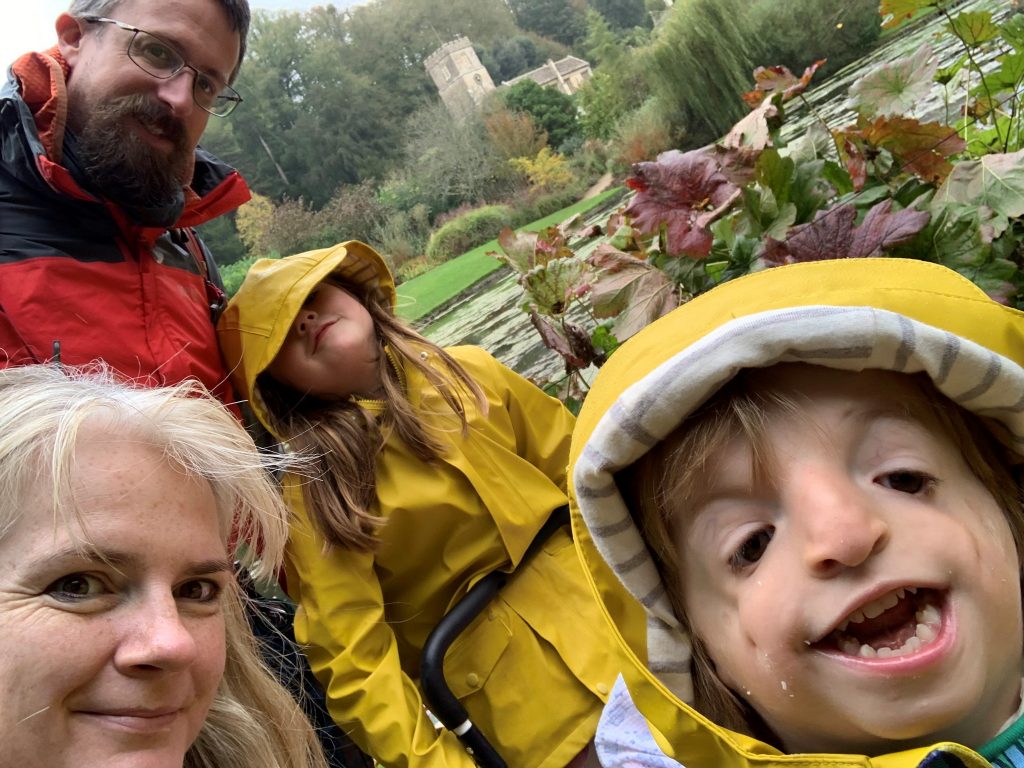 After three months we were finally able to bring William home and while our friends were amazingly supportive I think I just hunkered down at first. I wanted to protect William because I was so fearful of what people would do or say. I was also emotionally exhausted and I couldn’t deal with the thought of people asking me about him. He was about 9 months old before I started to feel more confident in taking him out and dealing with any stares, questions or comments.

Over the last few years, the focus has really been on William’s medical needs and just keeping him alive, but now that he’s getting older I’m starting to think about the future. I think about how he will feel about himself, especially as he becomes more aware of his visible difference. We have deliberately chosen quite a large primary school for William and my daughter is already there which I think will really help. We have never hidden William away – he goes to nursery school and we do lots with him.

When we do go out, I don’t notice the staring as much now – I just focus on William. But some days are definitely easier than others. Occasionally it can catch you out, especially when a child comes up and asks ‘What’s wrong with his face?’. As parents we do have to model behaviour and educate others. People can be very hurtful and although it’s not always deliberate, it can be very cruel. You have to manage other people’s reactions – it can be exhausting at times.

In many ways lockdown and staying at home was the easy bit, it was going back out that was hard as I had lost confidence in taking William out but I knew I just had to get on with it.

William is such a happy, kind, content little boy who loves zoo animals and is very sociable. He’s just a great little person and I hope and trust that his character will really see him through any difficult situations he may face.

We are very proud of William and wouldn’t change who he is for anything. But I do worry that the harder bits are yet to come. What happens when he realises that he looks different? How will he cope when he goes to school and is stared at by other children? My daughter is already very protective of him and I sometimes worry that she will get lost in all this.

It really helps to know we are not alone and that there are other parents and children out there who understand – even if the condition or situation is not exactly the same. Having local and online networks of other parents going through similar experiences has helped me, and continues to help me, enormously.

Georgia has two sons, Theo and Jude, who were both born with clefts. She wants to educate people to be more accepting of difference.

We provide tips to help you respond to unwanted attention due to your child’s appearance and share advice on explaining people’s reactions to your child.