We were delighted that the BBC chose to feature Changing Faces for their May Lifeline Appeal (the BBC’s monthly charity appeal programme).

Please, could you help more young people with visible differences today, by supporting our appeal?
You can still support the appeal

Why support our appeal

Changing Faces knows that when we get to speak to young people and support them and their families early on, it can change lives. Our services for children and their families are completely dependent on voluntary funding – please consider helping today.

Your support will help us expand our advice and support available for children with visible differences, giving more children the support to manage their feelings and cope in social settings including key transitions like starting school.

Together, we can be there for every child with a visible difference who needs us.

Meet the young people featured in the appeal 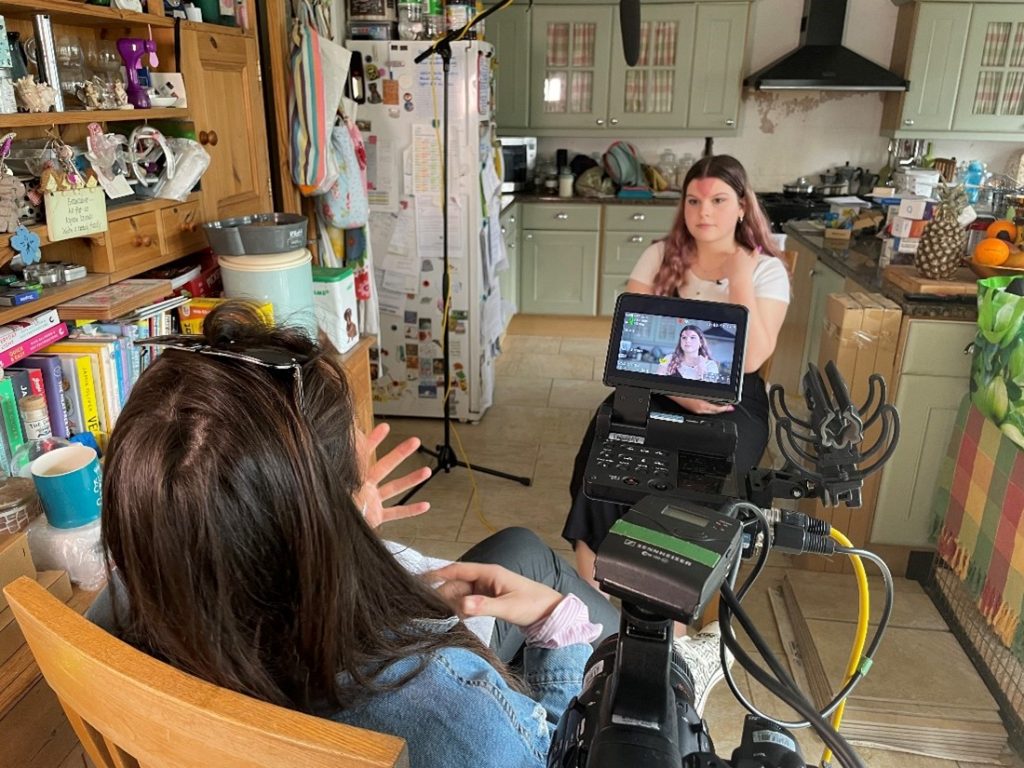 In the appeal, Sophie, David and Marcus shared their experiences of growing up with a visible difference, and how Changing Faces was a lifeline for them. Find out more about the incredible young people behind our BBC Lifeline film.

Sophie was born with a large red birthmark on her forehead. Her mum, Frances, says that hurtful comments have come from both strangers and even family who have said things like, “such a shame about that birthmark”, and suggested, “she should have it surgically removed”.

Sophie first got in touch with Changing Faces when she was 11 because she wanted to try out some of the charity’s skin camouflage products. While using skin camouflage helped, as her confidence grew she decided she no longer needed to wear it.

Working with the charity over the last few years has helped Sophie grow in confidence and cope with the stares and comments that she still occasionally gets. She now shares her experiences to help other young people.

Marcus was born with a cleft palate and has had over 20 operations, leaving him with facial scars.

When Marcus was about eight years old his mum Sam became very worried about him: “he went from being this bright, bubbly little boy, to being very quiet and I knew something was really wrong.”

Marcus admitted he was being bullied at school because of how he looked and was frequently called names like ‘scar face’ and ‘Joker’.

After contacting Changing Faces, Sam and Marcus went along to one of our parent and child workshops. Sam says she’ll never forget that day.

Changing Faces also supported Marcus’ school on how to talk about visible difference. Marcus says: “school life definitely got better because the bullying stopped, my classmates understood more and they just started treating me like there wasn’t anything different.”

When Tulsi was ten years old she was in a plane crash in which she lost her immediate family and sustained second and third-degree burns to 45% of her face and body. For years Tulsi was bullied for how she looked which affected her mental health and led to feelings of low self-worth.

Tulsi has worked tirelessly alongside Changing Faces as an ambassador to be a force for change for every individual living with a visible difference. This includes sharing her experiences as part of the charity’s Visible Hate campaign, as well as being a model for Avon as part of the Changing Faces ‘Pledge To Be Seen’ campaign which calls on brands to feature more people with a visible difference in their campaigns.

13-year-old David has a skin condition which means his skin blisters all the time and he can’t do the activities he loves, such as football or rugby, because his skin will rip or tear. David has to use daily ointments and creams to stop his skin from getting infections.

David’s earliest memories of primary school are of being bullied by children who would call him names such as ‘cornflakes’, ‘scabby’ and ‘flaky’.

With the support of Changing Faces, David has regained his confidence and learnt to cope with any comments or stares.

Please support our appeal to ensure we can be there to support every child living with a visible difference who needs us.

You can still support the appeal

Changing Faces provides the UK’s only counselling and wellbeing service for children experiencing mental health problems because of their appearance, and our support has become even more important during the pandemic.

We run workshops for children and families, and provide access to our Skin Camouflage Service. We also provide guidance for children, parents and families, with advice and tools to help build confidence, reduce worries and anxiety, and cope with other people’s reactions.

If you, or someone you know, needs support in relation to their visible difference, Changing Faces can help.

Find out about the services available to you and read our advice and guidance for children, parents and families. We also offer confidential practical, emotional and wellbeing support via our Support and Information Line.

Marcus was bullied at school was called names like ‘scar face’ and ‘Joker’. Changing Faces supported his school on educating the children about visible difference and the bullying stopped. Our services are completely dependent on voluntary funding – please consider helping today.

There are many ways to help people with a visible difference by donating to Changing Faces. Find the right one for you.

Guidance and resources to help you if you’re growing up with a visible difference of if you’re the parent of a child or young person who looks different.